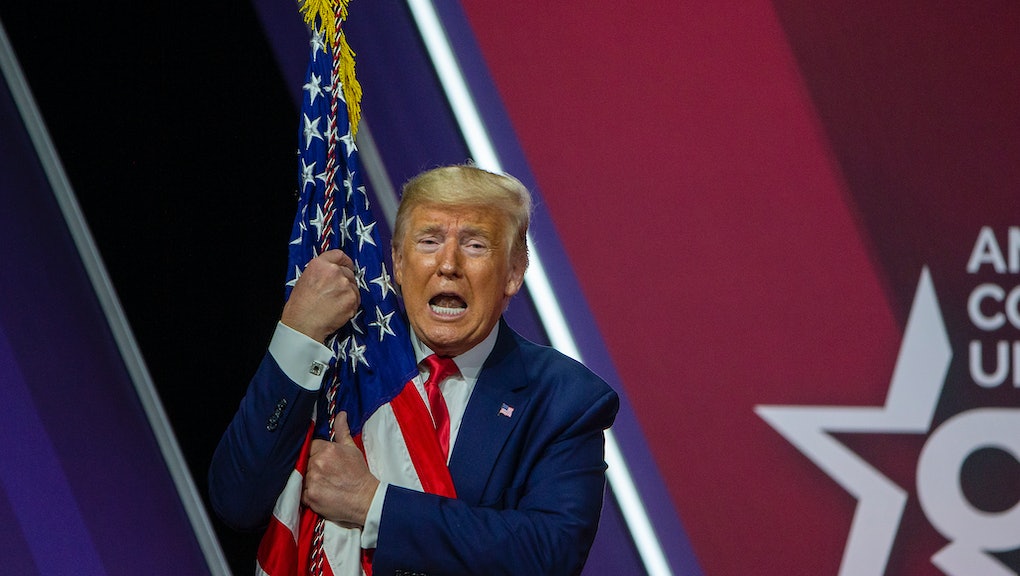 Somehow, Republicans think the U.S. was more respected with Trump as president

While the first few months of Joe Biden's presidency have certainly felt a lot less ... shall we say, "frantic," than those of his predecessor, it's pretty clear that the Biden administration is wasting little time to actually get things done. From shepherding through a massive COVID-19 stimulus package to signing a flurry of genuinely consequential executive orders, Biden has at least begun the long, arduous process of reversing some of the Trump administration's political malfeasance.

With that in mind, it's understandable that a majority of Americans see Biden as a respected figure among other world leaders. At the very least, the rest of the world isn't actively laughing at him each time he opens his mouth. What's less understandable, according to a just-released Gallup World Affairs poll taken between Feb. 3-18, is why Biden's personal standing on the global stage hasn't translated to similar enthusiasm for the nation he leads.

Instead, there's a disconnect between the 58% of the country that described Biden as being respected among world leaders (by comparison, at this point in former President Donald Trump's tenure, his number was in the high 20s), and the much smaller segment of the population that feels similarly about the U.S. as a whole.

Per Gallup, "the public's sentiment that the U.S. is viewed favorably in the eyes of the world (49%) and their satisfaction with its position in the world (37%) have fallen sharply." It's a divergence, Gallup claims, fueled almost entirely by Republicans "whose near-record highs on these measures last year have tumbled" since Biden assumed office.

Put another way: While Biden himself is believed to be fairly popular among his global peers, the 37% of Republican respondents who reversed their answer to the question of the country's standing overall after Trump left office has not been counterbalanced by an equivalent surge in Democratic responses to the same question.

As Gallup notes, this is not an entirely unforeseen phenomenon:

Still, the ferocious allegiance to Trump still surging through the Republican Party, coupled with Biden's decidedly lower-key style of governance, means that the sort of divergences we've seen in the past are even more acutely pronounced this time around. And unless the cult of Trump fades — which doesn't look likely anytime soon — we're likely to be in this semi-self-loathing state for some time.