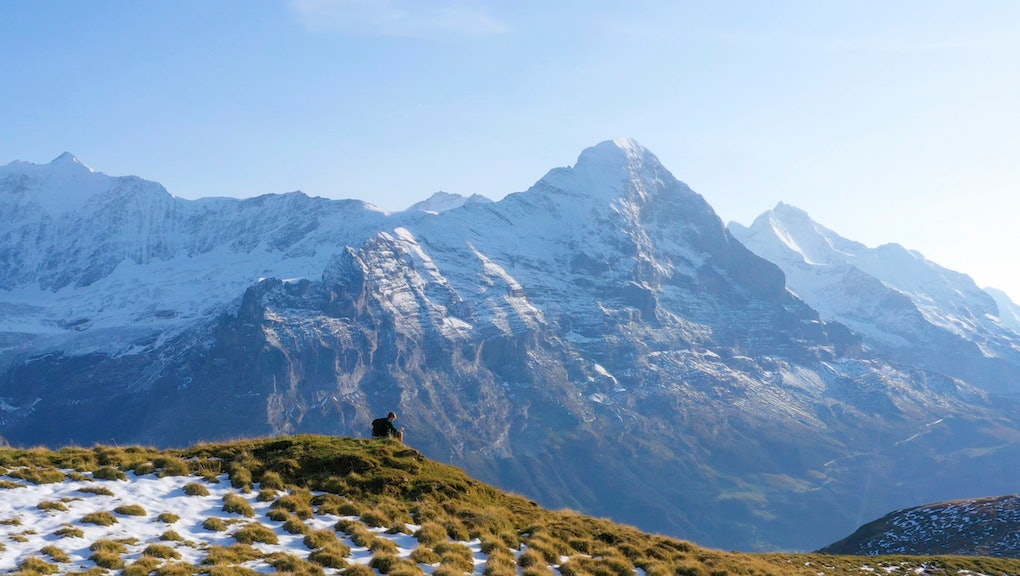 The Swiss Alps, already quite tall, are growing even taller, according to a new study in Earth-Science Reviews. The discovery flies in the face of previous research, which said the Alps were neither growing nor shrinking, but just kind of staying the same size as its growth and erosion rates were negating each other. And while that is true in the Western Alps, the Central Alps are actively growing.

"This is a big surprise, because until now we have assumed that uplift and erosion were in equilibrium," said study co-author Fritz Schlunegger in a statement. The team found that the Central Alps was growing about 800mm (about 31.45 inches) per millennium. "This means that the Central Alps are still growing, and surprisingly quickly."

In the Eastern Alps, on the other hand, the erosion rate is actually faster than the growth rate, causing shrinkage. The researchers found that one part of the Alps in particular, located in southern Switzerland, is shrinking at a rate of 25 feet per millennium.

Scientists measured the erosion rates of the mountains by using a nifty technique that measures concentrations of isotopes in the soil. There's a particular isotope that stays on the surface of the Earth called beryllium-10 (10Be). It comes from cosmic rays that hit the ground, causing a reaction with oxygen atoms in quartz minerals, and creates 10Be.

The researchers used this age-determining technique to figure out the erosion rate of the Alps. Since the isotope is only on the planet's surface, it ends up becoming part of the mountain sediment that gets washed away into streams and rivers. By checking the concentration of 10Be in riverbeds, they can see whether the mountains are eroding faster or slower.

Lots of sediment with a low concentration of 10Be means younger parts of the mountain are eroding, which means the erosion rate is pretty fast for that area.

The team of geologists tested a whopping 350 riverbeds along the Alps to understand the erosion rate for the whole range. It marks the first time scientists have been able to create an erosion map of the entire European Alps, noted lead author Romain Delunel in the statement.

But why are sections of the Alps eroding at such different rates? The team tried to figure that out, too. They were able to learn more about what affects erosion rates, discovering that rain and snow don't do much at all. Instead, the slope and shape of a mountain have more of an impact — but not in the way one would expect. Steeper landscapes were found to erode slower than others.

"That was another surprise because we thought that very steep terrain would be eroded very quickly," noted Delunel. "We don't yet fully know why this is not the case and therefore see a need for further research."

In the meantime, while the mountains are growing, don't get too excited by the thought of skiing down a bigger slope. It’ll still be a while before the runs at Zermatt are longer.

More like this
"Brood X," a plague-level cicada infestation, is coming for us this spring
By Rafi Schwartz
Biden's American Jobs Plan throws $2 trillion at America's crumbling infrastructure
By AJ Dellinger
Biden is going big on offshore wind — and it could create tens of thousands of new jobs
By AJ Dellinger
Stay up to date