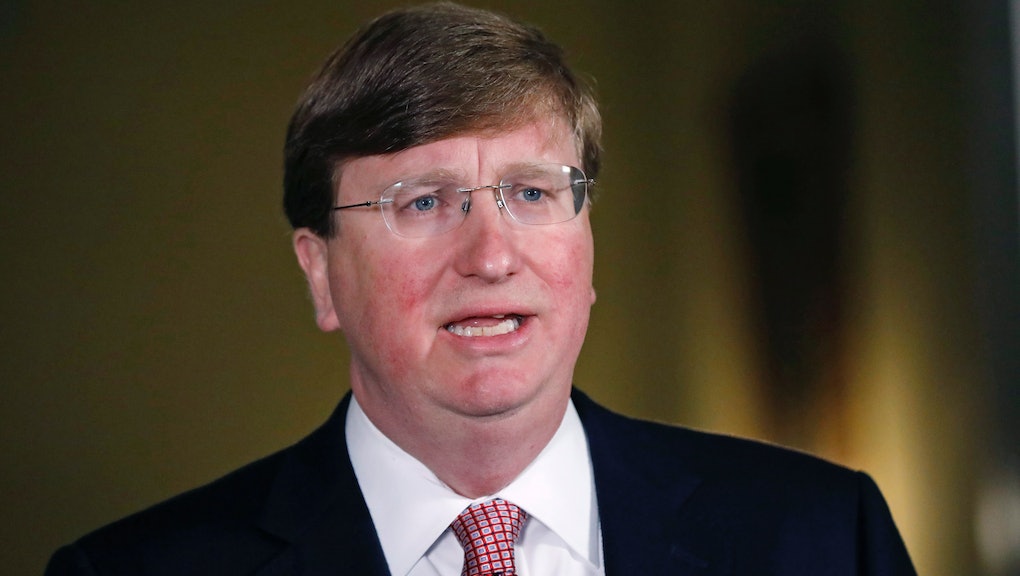 It's become almost a glib cliche to describe members of the conservative power structure in this country as belonging to a "death cult" each time a Republican lawmaker or influencer steps gleefully aside to allow the ongoing pandemic to kill people ostensibly in that person's care. And yet, I can't think of a better, more frustratingly accurate term to use to describe Mississippi Gov. Tate Reeves after his recent coronavirus statements, delivered while the highly infectious Delta variant of the disease surges across the country.

"I'm often asked by some of my friends on the other side of the aisle about COVID … and why does it seem like folks in Mississippi and maybe in the mid-South are a little less scared, shall we say," Reeves told several dozen attendees last week during a Republican fundraiser event in Eads, Tennessee, just across the border from his state.

"When you believe in eternal life," he continued, "when you believe that living on this Earth is but a blip on the screen, then you don’t have to be so scared of things."

Despite Reeves's subsequent caveat that "God also tells us to take necessary precautions," it's important to really parse out what he's saying here: that people in the South are more content, if not outright eager, to embrace a pandemic-induced death, because of their faith in the (specifically Christian understanding of the) afterlife. Jews, Muslims, Indigenous peoples, atheists, and any other disbelievers need not apply.

It's worth mentioning, also, that this is the same Gov. Tate Reeves who said COVID cases in children is most akin to "the sniffles" (last month pediatric hospitalizations hit record highs), and that recent CDC guidance about mask-wearing "reeks of political panic so as to appear they are in control" because "it has nothing to do with rational science."

Just days before Reeves's open embrace of viral mortality, Mississippi was deemed the new global COVID hotspot, with more per-capita deaths than anywhere else in the country — and, if the state were assessed as a nation in and of itself, anywhere else on Earth. Incidentally, Mississippi also happens to have the lowest vaccination rate in the United States.

To which I say: If not simply allowing the virus to proliferate within his community, but actively singing the praises of its inevitably fatal effect doesn't constitute being a member of a death cult, then frankly, I don't know what does.