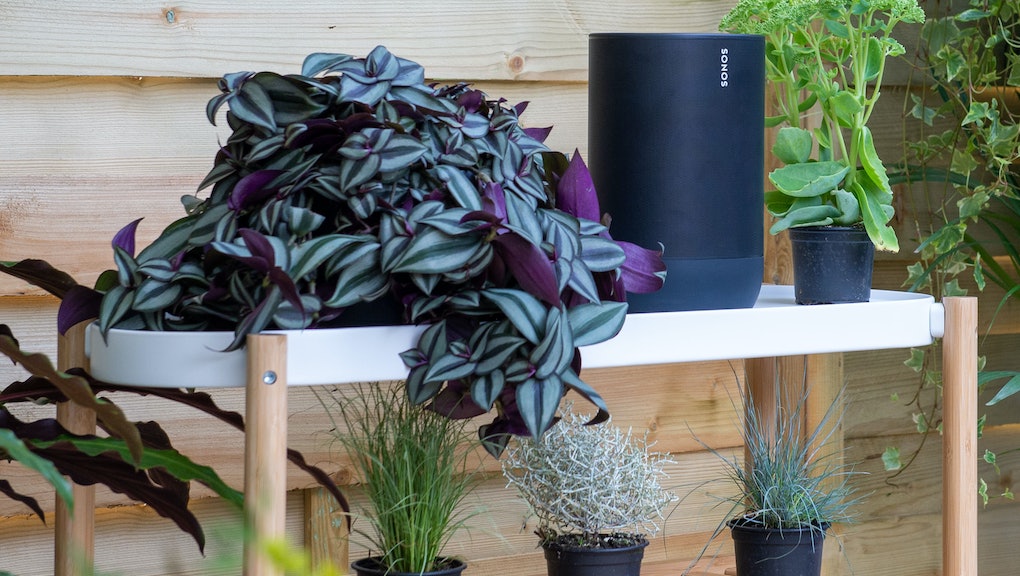 "LIES & BULLSH*T," declared the image on Devin Wilson's Twitter thread. Posted late last week, Wilson called out Sonos, a company that produces wireless speakers and home sound systems, for its hypocritical "Trade Up" program. The program, intended to provide a sustainable way to recycle the Sonos's speakers, requires users to put their devices into 'recycle mode' before becoming eligible for a discount on newer speakers.

What some users didn't realize, however, is that recycle mode intentionally 'bricks' the speakers — rendering these completely functional devices useless.

This flies in the face of advice from environmentalists and professionals in the recycling industry who encourage people to reduce and reuse their recyclables first. Recycling should come only when no other option is available. Wilson, who has worked at an e-waste recycler for five years, said Sonos's intentional bricking forces people to go straight to the recycling or waste bin.

"Recycling takes energy and, while it saves materials, reuse is always better," he added. "Sonos is throwing any claimed environmental friendliness in the trash in order to sell more speakers."

As an example, Wilson posted an image of a Sonos speaker and described the problem. "Someone recycled five of these Sonos Play:5 speakers," he wrote. "They're worth $250 each, used, and these are in good condition. They could easily be reused. Unfortunately, the person who recycled them put them in recycle mode."

Recycle mode, despite the seemingly environmentally friendly name, is a death sentence for these wireless devices. "Putting a fully functional device in recycle mode starts an irreversible 21-day countdown," explained Wilson, "after which it's rendered permanently useless."

According to Sonos's website, the speakers' recycle mode is meant to erase all of the user's data and permanently deactivate it for safe disposal. But it comes with a big catch: "Once a device is in Recycle Mode," warned the company, "it cannot be reactivated." This is reiterated again in another section. "Once you confirm recycling in the app ... you will not be able to make any changes or cancel deactivation."

This means any perfectly functioning speaker that's put into recycle mode cannot be reactivated and reused. Not only does this create more e-waste to process, it also becomes a trap for users who don't realize recycle mode can't be undone. Wilson found "complaints on Sonos' support forums from people who've managed to accidentally put their devices into recycling mode" and users on Twitter who put their speakers into recycle mode to make a Trade Up price check — only to hear Sonos's support team tell them it can't be changed.

Mic reached out to Sonos for a comment but has yet to receive a response. But, in a comment to The Verge, the company explained that bricking the speakers is Sonos's way of ensuring new customers don't accidentally purchase old products. Some of Sonos's customers hold onto their products for over 10 years, the company reasoned, and they believe it isn't good practice to resell such old products to consumers who expect a modern device.

The Verge verified this claim, noting that the speakers mentioned in Wilson's thread were already over 10 years old and that Sonos has a company policy of supporting its products for at least five years.

"For those that choose to trade-up to new products," the company stated in a quote posted by The Verge, "we felt that the most responsible action was not to reintroduce them to new customers that may not have the context of them as 10+ year old products, and that also may not be able to deliver the Sonos experience they expected."

But Wilson doesn't buy this explanation for one simple reason: Most people who buy used products tend to know it's used.

"The response is anemic," he tells Mic in a direct message. "People buying a used piece of Sonos hardware know what they're looking for, and that's an inexpensive thing that still works for wireless streaming. It's a pretty bare-faced ploy to minimize complaint when they stop supporting the things entirely, and to capture as much of the secondary market as they can in the meantime."

And it doesn't change the fact that bricking these items is incredibly wasteful. Studies have found that the process of manufacturing new electronics can create a carbon footprint that is far greater than simply reusing an older device.

"This is the the most environmentally unfriendly abuse and waste of perfectly [sic] hardware I've seen in five years working at a recycler," Wilson wrote in his thread. "We could have sold these, and ensured they were reused, as we do with all the working electronics we're able. Now we have to scrap them."

Companies like Samsung and Sony follow certification or state guidelines to ensure their devices can be refurbished or recycled appropriately. But even those recycling programs can sometimes require the device to be as reusable as possible.

"We run into products that we can't refurbish due to software locks, like Apple's activation locks and Meraki's software licensing," Wilson says to Mic, "but Sonos's is the only one that permanently disables the hardware."

"Even more environmentally beneficial than recycling is extending the life of electronic devices through responsible reuse," Osterberg said. "Reuse greatly reduces the environmental footprint of electronics and has the added social benefit of bridging the digital divide by providing tested and refurbished electronics at an affordable price to people that can’t afford to buy new."