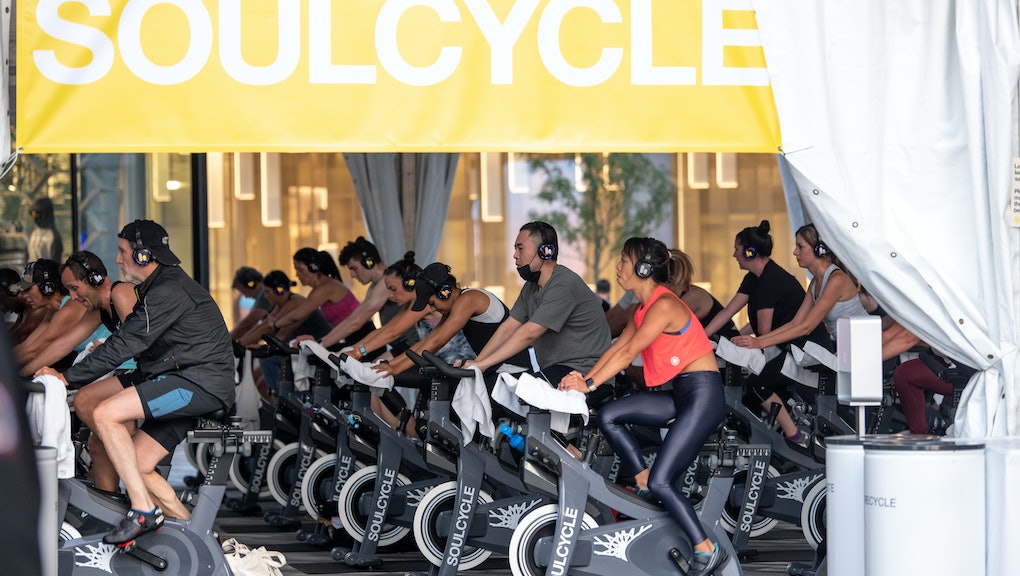 SoulCycle, one business uniquely suited to struggle during a pandemic, has worked overtime to reveal its cracks in recent months. Over the summer, the company’s response to Black Lives Matter protests rang hollow to workers and customers, and one employee sued SoulCycle for being fired just four weeks into maternity leave. Now, a recent report from Business Insider details rampant harassment and toxic abuses of power from SoulCycle’s star instructors — many of whom are revered as prestigious, influential teachers in the exercise world.

The piece highlights a troubling pattern of behavior among many of the company’s top instructors — instead of punishing teachers for, say, using homophobic and racist language or sending nude photos to riders, SoulCycle’s top brass often showered them with lavish gifts. Sourced with 30 company insiders — including instructors, riders, and corporate staffers — Business Insider’s reporting highlights the company’s undying commitment to the bottom line above all else.

One of SoulCycle’s most in-demand instructors, Laurie Cole, is characterized as a problem the company isn’t remotely interested in fixing. Besides accusations of homophobic language in the workplace — she allegedly said “well, they better not hire a bunch of twinks to work there,” after one studio hired a gay manager — she reportedly has a noxious streak of fat-shaming and discrimination. From booting pregnant riders from their reserved front row seats to shaming front desk staffers for their weight, the piece portrays a pattern that led to intermittent discipline from SoulCycle, but no major changes to her schedule. “She has taken photos of staffers who were maybe curvy and said, 'This is not on brand for my check-in. I don't want this at the front desk during my classes,'" one former manager told Business Insider.

The piece highlights allegations of “sexual impropriety” leveled against instructor Mike Press, which include pressuring one woman into oral sex. His alleged victim and her friends attempted to contact SoulCycle about his treatment — with one friend getting assurance her email had been “elevated to the proper internal teams” — but the company made no further contact, and he remains on the class schedule. Another “master instructor,” Conor Kelly was accused of making racist remarks and sending nude photos to numerous riders in his classes.

Despite the lingering misbehavior, SoulCycle reportedly took to showering many of these problem instructors with luxurious gifts, including a Mercedes-Benz for Cole:

While new instructors would get a $25 gift card for their birthday, top-tier instructors such as Cole and Griffith would be given thousands of dollars' worth of gifts, like expensive jewelry or a leather Rag & Bone backpack. As recently as 2019, SoulCycle was paying for Cole's membership to Soho House, the members-only club where an annual membership costs upwards of $2,400, according to one former high-ranking employee.

SoulCycle paid for a Mercedes-Benz for Cole to drive around the Hamptons when she taught there in the summer, two people said. In 2019 the company paid for part of the wedding of two instructors, former CEO Melanie Whelan told Business Insider last month.

It’s worth reading in its entirety to capture the breadth of the allegations. In a statement to Business Insider, a SoulCycle spokesperson didn’t address specific allegations, but appealed to the company’s feel-good value system:

“At SoulCycle, our priority has always been to build a community centered on our core values of diversity, inclusion, acceptance and love. When we receive complaints or allegations related to behavior within our community that does not align to our values, we take those very seriously and both investigate and address them. We are committed to continuing to make improvements and ensuring that we live up to the values that our teams and riders expect of us.”

This is far from the first time SoulCycle’s company culture hasn’t aligned with its purported value system. Jordan Kafenbuam, the company’s former Senior Director of Instructor Programming and Talent, sued SoulCycle in August after she was fired 32 days into maternity leave. Kafenbaum further alleged rampant sexual harassment at the company, and claims she faced retaliation for raising the issue. She also claims in the lawsuit that former CEO Melanie Whelan once said “paternity leave is for pussies.”

More like this
The future of fitness looks lonely as hell
By Tracey Anne Duncan
A Hot Vax Summer is impossible when my family in India is still struggling
By Angel Kumari
Alcohol companies make 17 billion off of illegal sales each year
By David H. Jernigan
Stay up to date