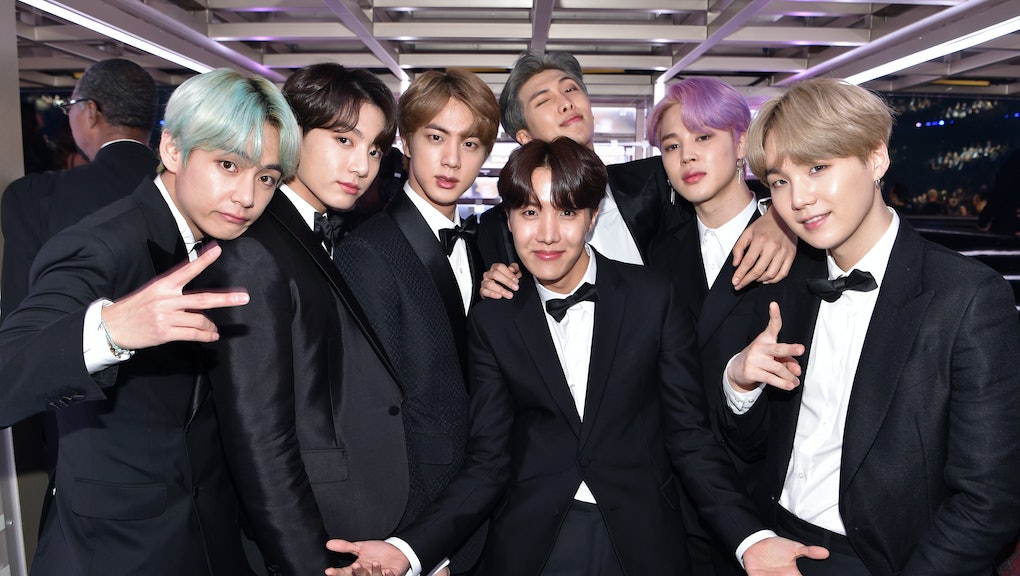 Here in the United States, where we stopped drafting people into the military back in 1973, it’s easy to forget that lots of other countries around the world still require their citizens to serve. In South Korea, young men have to enlist for around 20 months by the time they turn 28, and the government doesn’t issue many exceptions. But with the oldest member of global K-pop phenomenon BTS, Kim Seok-jin, turning 28 on Friday and due to report for duty, the South Korean parliament stepped in and passed a so-called “BTS Law” allowing K-pop stars to postpone military service until they turn 30.

Under the revised Military Service Act, stars who’ve been awarded “Order of Cultural Merit” medals for spreading South Korea’s cultural influence are eligible to defer their conscription. As it happens, all seven members of BTS received the medal from the government in 2018. Lawmakers introduced the “BTS Law” back in September, after BTS became the first South Korean group to top the Billboard charts with their single “Dynamite.”

Draft extensions are regularly granted to top athletes and Olympians and some internationally-renowned classical musicians. This marks the first time K-pop stars have been extended the same privilege. “It’s a sacred duty to defend our country, but that doesn’t mean that everyone has to carry a weapon,” senior lawmaker Noh Woong-rae said in a statement supporting special treatment for BTS back in October.

The deferment is an early birthday present from the South Korean government to Jin, who would’ve otherwise had to walk away from BTS at what’s likely the pinnacle of his career. When other members of well-known groups have decamped for boot camp, they’re often greeted by throngs of fans — kind of like Elvis reporting for duty in 1958. Anyhow, Jin won’t have to serve for another couple of years, and fans are overjoyed.