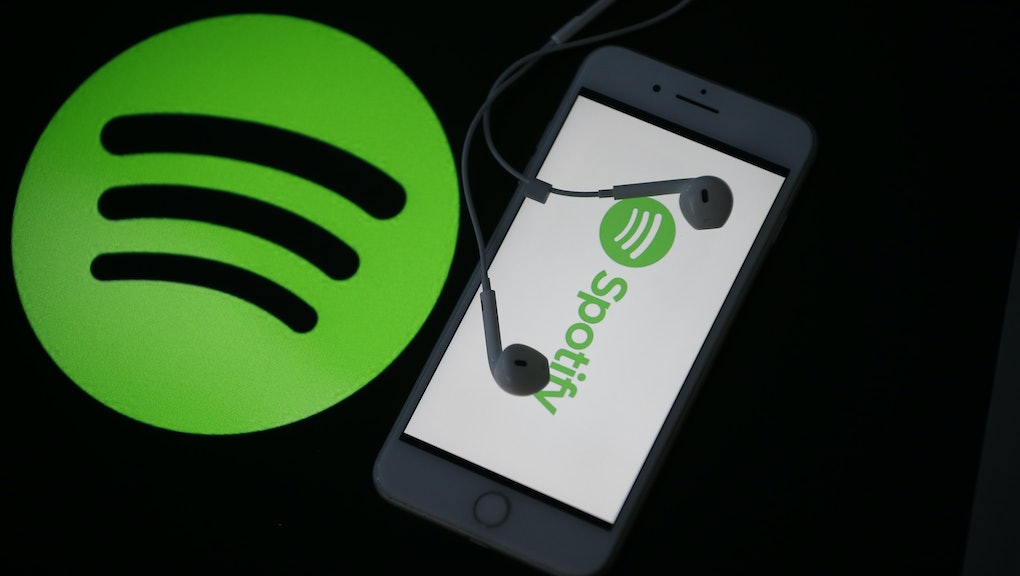 Spotify keeps crashing: How to fix and troubleshoot the app

Losing your music just straight up sucks. We've all had the experience of jamming out while running errands and then, all of a sudden—boom—your music app crashes and you're left alone, the silence deafening. There's a good chance your music app of choice is Spotify, considering it's got 286 million users, and if that's the case and you're experiencing a slight hiccup in service, check out this guide for tips on how to troubleshoot the app.

Sometimes things can go wrong at startup. It happens with a lot of software or hardware, which is why 'turn it off and on again' is such a common problem-solving suggestion among techies.

First, log out of your Spotify account. Then exit by forcing the app closed — make sure it's not still running in the background. Depending on your phone, there are a couple ways to do this:

Once you've fully shut down the app, open it and log in again with your fingers crossed.

Spotify Premium users can save playlists for offline listening, but free users have to be connected to the internet at all times to get to their music. Most likely, if the network you're using goes out, then your device might automatically switch to using mobile data instead. The switch shouldn't cause any problems as you use Spotify, but be careful: The app can easily burn through any data allotment you have with your provider, which can get expensive if you get hit with overage charges.

If your device doesn't switch to mobile data, and your internet connection goes out, Spotify will basically become non-responsive. Your track list might be grayed out, the play button won't work, and there may be error messages that say you're offline.

The solution is to check your device's network connection by looking at the wifi symbol in the upper-right corner. If it looks like the connection is weak, usually indicated when the symbol displays only one or two bars, you might want to switch to a stronger network. If you're at home, you can try restarting the router to fix your connectivity issues.

3. No outages? Make sure the app is up to date

Server outages can happen very suddenly and without warning. Earlier this month, Spotify was one of many apps that crashed due to Facebook tweaking something with their developer kit (that many apps rely on). In a case like this, it's not you or your device's fault when Spotify isn't working, and there's nothing users can do until the problem is fixed. To check for an outage, go to Downdetector or Spotify's official status Twitter to see what's going on.

If it's not an outage, make sure the Spotify app is updated to its latest version. Google Play and the App Store will both have an 'update' button if you want to make the app update as soon as possible. Otherwise, the update could be scheduled for a later time, rendering the app unusable until then.

4. Uninstall for a clean start

If Spotify still isn't working, it's time to let your anger flow and dump the app into the trash. Delete the app by holding down on the Spotify icon and pressing 'delete' or 'uninstall' to get rid of it. Then, reinstall the app from its store page.

Sometimes, this fresh reinstall can solve the problem.

5. Hey, are your earbuds working right?

What if Spotify is working now, but you're still not getting any sound? It's time for an earbuds and headphones check. Is the cord pushed into the headphone jack all the way? Are your wireless earbuds charged and connected to your phone through Bluetooth properly?

If Spotify is working on your computer but not on your phone, then you might have to take your mobile device out to get repaired. Hopefully, your problems will be one of the more easily solved ones above, and you won't have to splurge for another phone or a pricey speaker fix.