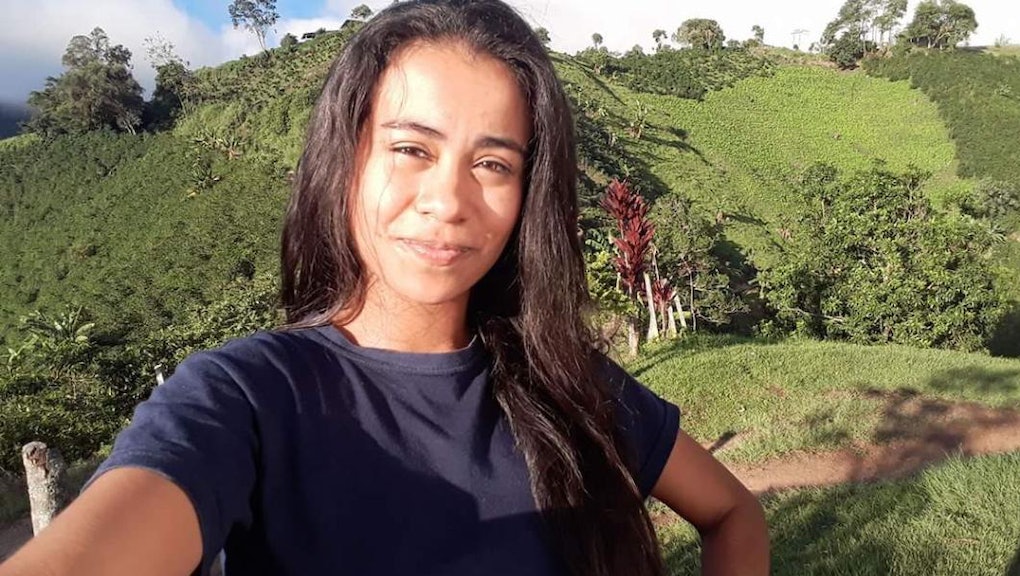 Spreading Success: How a life in coffee helped Katerine Camacho Mosquera start on her fight for human rights

While Gigante is known as the “Capital Cacaotera del Huila” (or "the cocoa capital of Huila"), the region’s biggest agricultural export is still coffee. Coffee is embedded in every aspect of Huilan life, from social morning rituals to the region’s economy.

At 17 years old, Katerine Camacho Mosquera knows everything there is to know about coffee, as her father Kennedy Camacho Trujillo operates a coffee farm outside of their home in their hometown of El Cogollo. Born and raised in Gigante, Katerine has seen the land change and the coffee prices drop, which means less financial stability for her, her family, and her community.

Recently her father joined the cooperative efforts of COOCENTRAL, a democratic cooperative organization that works to aid producers with loans, technical assistance, market access, and social investment programs for their families. Thanks to COOCENTRAL, and through their partners in Fair Trade USA and Laughing Man® Coffee, Kennedy is able to get a better price for his crops as well as educational scholarships for his children.

Through COOCENTRAL’s scholarship program, Katerine is currently studying at the University of Colombia, at a campus in the area’s capital of Neiva. While she is only in her first semester, she hopes to one day be a lawyer, to graduate within the next five years with a degree in Human Rights, and to help those in her community to live richer lives and earn livable wages.

“I want to thank COOCENTRAL,” Katerine says, “because they gave me an opportunity to study and achieve my goals and become a better person through this higher education path.” While the future is unwritten, it is a little brighter with those like Katerine fighting the good fight.