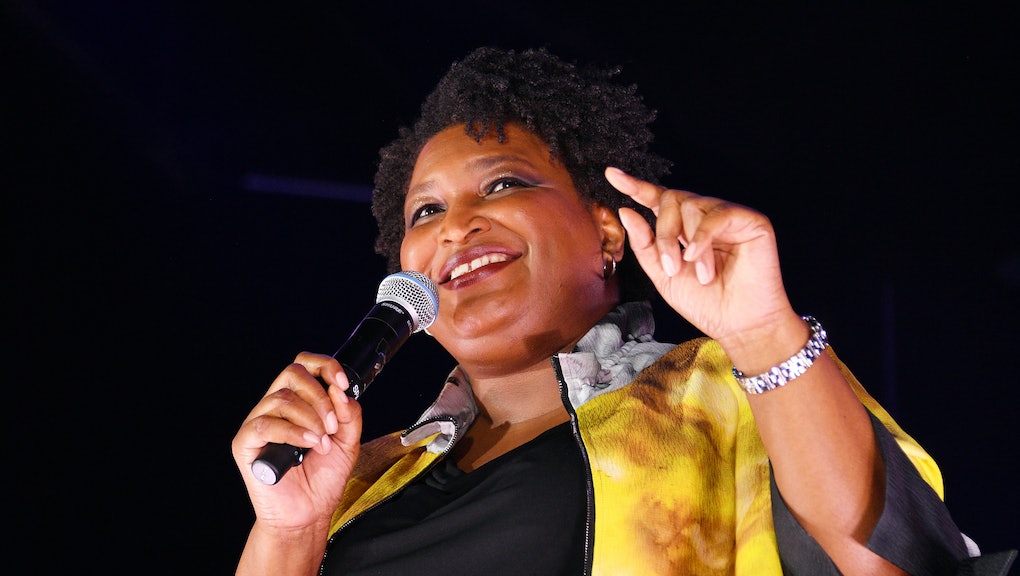 Let the boundless energy of voting-rights champion Stacey Abrams be the proverbial fire under your seat to finish whatever creative project has been on your back-burner. I say this because not only did the Fair Fight Action founder spend 2020 helping register 800,000 Georgia voters, turning the historically Republican state blue, she completed a novel! The book is a Supreme Court thriller titled While Justice Sleeps, and it’s hitting bookshelves May 11.

Like many politicians of a certain stature, the former minority leader of the Georgia House of Representatives has published several nonfiction books: the bestselling Our Time Is Now (2020) and Lead from the Outside (2018). Unlike most politicians, however, the Yale-educated attorney is also the author of eight romance novels, which she wrote prior to her 2018 run for Georgia governor, under the nom de plume Selena Montgomery.

"Before they became ministers, my mother was a librarian and my dad was an avid storyteller," Abrams recently told Entertainment Weekly. "So my five siblings and I became voracious readers. Storytelling has always been a part of who I am.”

While Justice Sleeps is the story of “brilliant young law clerk” Avery Keene, who finds herself embroiled in a controversial court case involving an American biotech company and an Indian genetics firm. The Washington, D.C.-based thriller teases a fictional conspiracy reaching to the upper echelons of government.

"I am excited to step into the world of legal suspense novels and political thrillers with While Justice Sleeps," Abrams told EW. "The tensions of politics and power are the core of this story — people scrambling for leverage and desperate to win. And having been a young lawyer myself once, I explore what it means to have authority but no real power. How do you navigate those spaces when there is work to be done and you're it?"

Abrams knows a thing or two about taking heroic measures to fight for fairness and democracy. As some grateful citizens have posited, the least Americans can do to thank her for her service is pad her personal accounts by buying her new book. Here's to hoping there's a Shonda Rhimes-helmed While Justice Sleeps adaptation in our collective futures. In the meantime, the book is available for preorder on the Penguin Random House website.