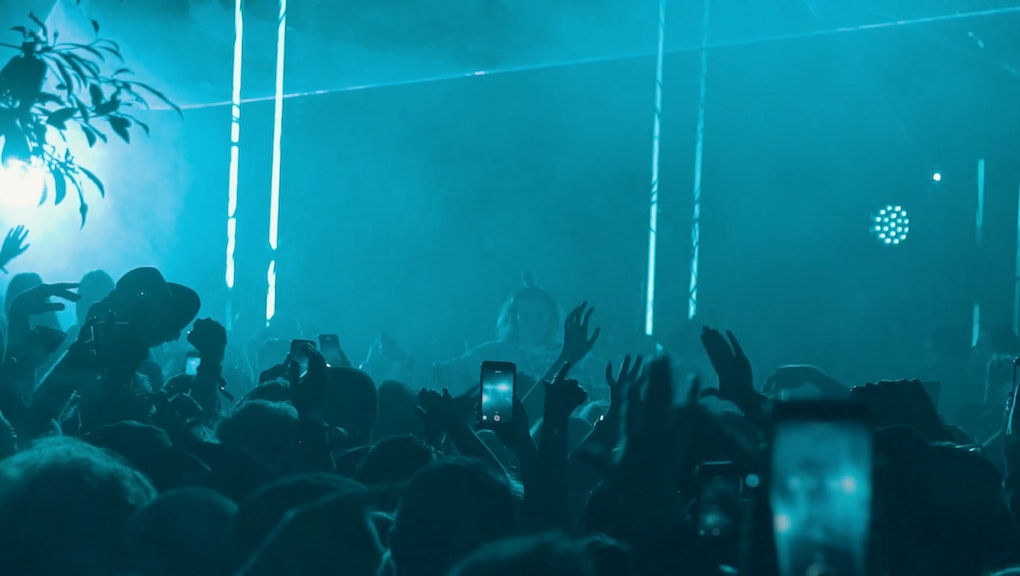 The crowd at last year's Zamna Festival in Tulum.

Superspreader dance music festivals in Tulum are a disgraceful indulgence

Pandemic be damned, hundreds of tourists descended on Tulum, Mexico, recently for Art With Me, a “wellness” and dance music festival that was subsequently identified as a COVID-19 superspreader event. The founder of a private coronavirus care and testing company told The Daily Beast that “60-70 percent of my positives in the last couple weeks in New York City have been a direct result of [...] people coming back from Art With Me.” Tons of cases in Miami are being traced back to the festival, too.

What’s even more upsetting, however, is that Tulum locals are bracing for the exact same thing to happen again in a few weeks — but on an even larger scale. Tickets for the 17-day-long Zamna Festival are nearly sold out, and thousands of revelers are expected to descend on Tulum between New Year’s Eve through January 16 to party in massive, maskless crowds.

Obviously, Tulum locals are incensed by how reckless and selfish these tourists are being. “There have been a lot of digital nomads coming to Tulum since Southeast Asia kicked them out,” one American expat told The Daily Beast. “They’re primarily all Americans, and being a local, we avoid them because they’re not wearing masks, hogging restaurant space, and not spending money, so we look forward to them leaving. And that’s a crowd that really parties, too.”

Meanwhile, COVID-19 has devastated Mexico, where more than 110,000 people have died and 1.2 million have been infected by the virus. The country has the highest case-fatality rate in the world at 9.2 percent, according to Johns Hopkins University. All through the pandemic, tourists — primarily from the United States, Europe, and South America — have descended on beachy locales like Tulum to party. And the Mexican people are paying the price.

“As a DJ who normally is in Tulum around this time working, it pains me that so many Europeans and Americans are still flocking to the site with little to no regard for the implications for the local population,” an artist who requested anonymity to avoid being blacklisted told The Daily Beast. “We know that poor communities are the most vulnerable to complications and death from COVID-19, and the local population of Tulum and other cities in Mexico will ultimately pay the greatest price, all for what? For a few nights of dancing and drugging?”

The demographic currently perpetuating the pandemic, 18- to 49-year-olds, are the same folks flying to Tulum for the escapism of a few days partying in paradise. While they’re statistically less likely to die from the virus, young tourists need to recognize the selfishness of spreading the disease to people who aren't as healthy or privileged. Then they need to cancel those plane tickets and stay home this winter.