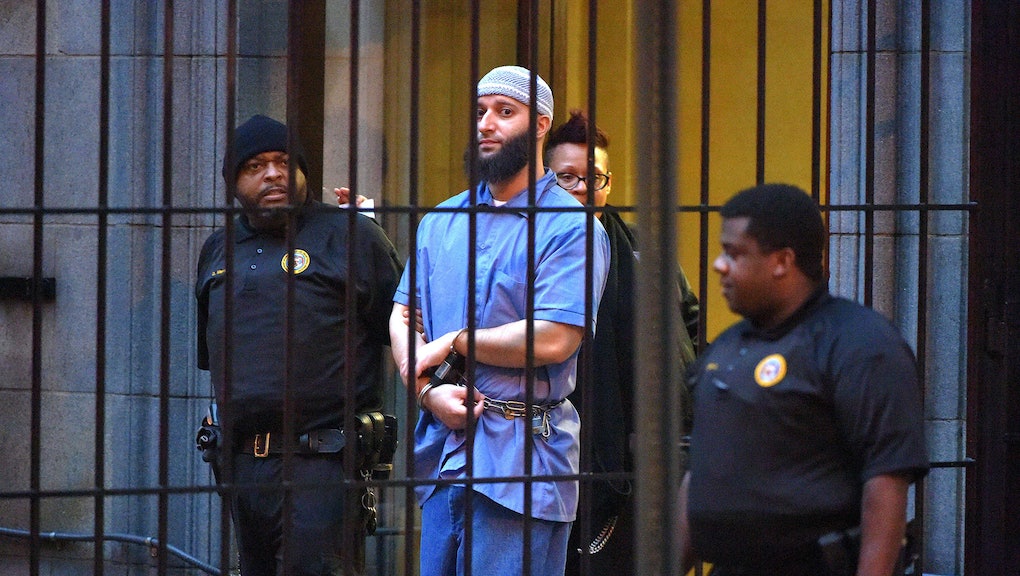 The Supreme Court on Monday declined to take up the murder case of Maryland man Adnan Syed, the original subject of the viral true crime podcast Serial. Syed has been serving a life sentence since 2000 after being convicted in 1999 of the murder of his ex-girlfriend and classmate Hae Min Lee. Both were teenagers at the time of Lee's murder. The case was featured in the first season of the podcast Serial, with former NPR producer Sarah Koenig digging into the details of the case — and elevating Syed's plight to national prominence.

Syed, now 39, has maintained his innocence in the case, and his legal team has pointed to several facets of the trial that they believe illustrate incompetence and bias that influenced his conviction. In particular, they've seized on two things: the fact that Syed's original lawyer failed to contact a high school classmate who says she saw Syed in the school library at the time the prosecution alleged he was murdering Lee, and the fact that prosecutors used cell tower records to put Syed in the park where Lee's body was found — without disclosing that AT&T included a disclaimer that incoming call records are not unimpeachably accurate indicators of a caller's location.

Advocates of Syed's innocence have also theorized that his background as a practicing Muslim also may have prejudiced jurors and made them more believing of his guilt. The movement to free Syed has been publicly led primarily by Rabia Chaudry, a lawyer and friend of the Syed family. In response to the Supreme Court's decision, she indicated on Twitter that the legal fight would continue.

All the while, the state has maintained that the right man is behind bars. Maryland Attorney General Brian Frosh said in a statement Monday that the evidence against Syed "was overwhelming," adding, “We remain confident in the verdict that was delivered by the jury and are pleased that justice for Hae Min Lee has been done.” An HBO documentary about the case released earlier this year interviewed some of Lee's family members, who spoke to the agony of watching Syed's guilt be repeatedly questioned thanks to the nationwide fame his case has gained.

There are no eyewitnesses to Lee's murder, and a variety of other testimony has been called into question over the years. Additionally problematic for Syed's hopes of freedom is that he himself admits he can't exactly remember what he was doing the January day Lee went missing. He has indicated that his memory lapses are the product of it being an ordinary high school day for him, but others have identified the lack of specifics as being damning.

It took a series of lawsuits and appeals to elevate Syed's case to the high court. Now that the Supreme Court has declined to get involved, it's unclear how specifically Syed's legal team will proceed. Still, they remain defiant, per The Baltimore Sun, citing a statement from Syed attorney C. Justin Brown.

“We’re deeply disappointed that the Supreme Court is not taking this case,” Brown said, “but by no means is this the end."