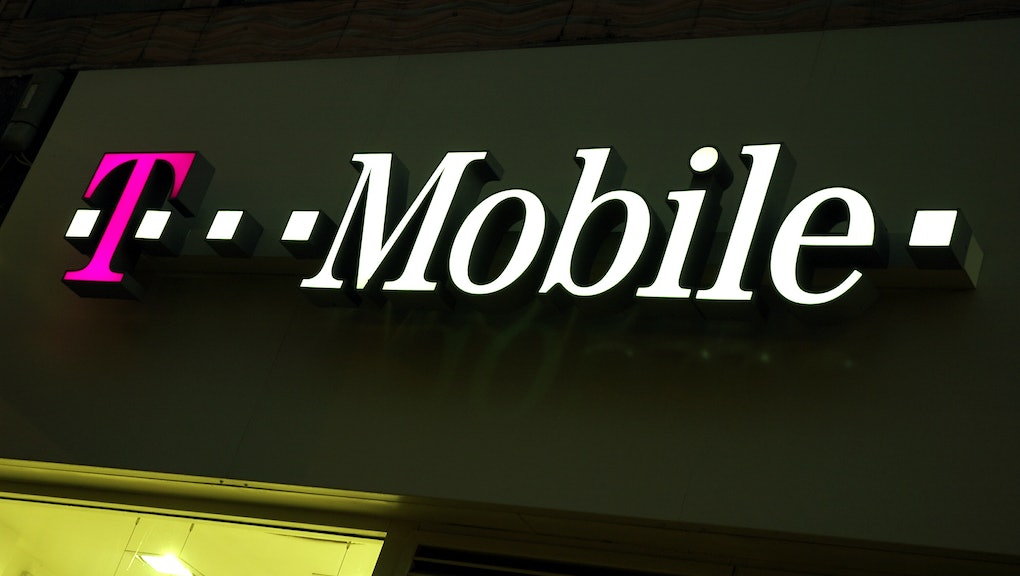 If you're a T-Mobile customer, you might be rightly pissed off that the company — along with other major telecom companies — collected and sold your geolocation data without your permission for years prior to discontinuing the practice earlier this year. In fact, you might be upset enough about the whole situation that you want to sue T-Mobile for the infraction. You aren't alone. T-Mobile is already facing a class-action lawsuit that's making its way through the court system to hold the company accountable for its behavior. There's just one problem: the mobile carrier says that if its subscribers try to join the legal challenge against the company, they are violating the terms of service.

Buried deep in T-Mobile's terms and conditions agreement, which clocks in at just north of 8,500 words and would take the average person more than half an hour to read in full, is a section called "Dispute Resolution." In it, T-Mobile subjects customers to what is known as a forced arbitration clause. In it, the company claims that its customers waive the right to a trial by jury. This keeps disputes behind closed doors, preventing fact-finding from the case being made public. The company also includes a class action waiver within its terms, which prevents T-Mobile subscribers from joining any sort of larger action, like, for instance, a lawsuit that holds the company accountable for collecting and selling location data to bounty hunters and other third parties.

These forced arbitration clauses are becoming increasingly common. Amazon implemented a similar policy that users are required to agree to before using the Alexa app, which is needed in order to make use of the company's smart speakers. Other major mobile carriers including AT&T, Verizon, and Sprint have similar clauses in their contracts that have been used, rather successfully, to avoid potentially costly lawsuits. The Center for Democracy and Justice has documented a number of cases in which companies have gotten out of potential penalty because of the hidden agreements. Sprint has managed to avoid lawsuits that accused the company of charging undeserved late charges, misrepresenting its monthly rates, and charging roaming fees on calls within its service area — all because of the fine print within its contract.

It's not as though these practices haven't come under fire before, either. In 2017, U.S. senators called into question AT&T's use of forced arbitration to keep customers from seeking justice for predatory and potential illegal practices. They cited a CBS News investigation that found more than 4,000 complaints made against the company for overcharging, but noted that subscribers weren't able to take any sort of organized legal action to combat what appeared to be a widespread practice. AT&T responded to the scrutiny by saying that its requirement that customers go through arbitration rather than jury trials or class-action lawsuits wasn't actually forced because consumers could simply choose to do business with a different company. That recommendation might work if not for the fact that every major competitor that provides similar services as AT&T also make use of similar clauses.

Forced arbitration is an anti-consumer practice, both in concept and in practice. When people actually do go through the arbitration process, they typically lose. A report from Public Citizen looked at disputes between consumers and credit card companies, another industry that often uses forced arbitration clauses to stay out of public court. It found that arbitration firms ruled against consumers in 94 percent of cases. Former Labor Secretary Robert Reich has called forced arbitration "a rigged system that helps companies evade responsibility for violating antidiscrimination, consumer protection, and public health laws.” As the National Association of Consumer Advocates point out, consumers always have the right to enter arbitration to settle disputes. They do not need an agreement for arbitration in a contract with a company. However, when arbitration fails, legal action through the courts is the next step for holding companies accountable for their actions. That is why corporations often try to get consumers to surrender that right.

Arbitration is also something that most consumers aren't willing to go through. The New York Times looked into arbitration cases and found that only 505 consumers went through the process between 2010 and 2014. Meanwhile, during the same time frame, the number of times that companies have tried to get court cases dismissed by using a "motion to compel arbitration" increased significantly, doubling the rate that it was used in the five years prior. This is largely because arbitration is a time-consuming process that puts considerably more burden on a consumer than a corporation that has a team of lawyers ready to handle any potential dispute.

As an example, AT&T lays out all the steps required to file a claim for arbitration with the company. It requires the consumer to mail a notice to the company's legal department, wait a month while the company decides if it can resolve the issue without arbitration, complete a demand for arbitration form, make four copies, send a copy to AT&T, send two copies to the American Arbitration Association that will oversee the dispute, get a case manager assigned, wait 10 days for AT&T to respond to the demand, get appointed an arbiter, wait a week for any objections, choose a type of hearing, go through the hearing, wait two weeks for a decision, and then wait for AT&T to comply. All of that carries the potential threat that the arbiter rules against you, at which point you might be required to pay $200 for the process.

That is the same method that T-Mobile is currently using to try to squash a class-action suit over its practice of selling customer location data (which it has supposedly stopped doing now). Instead of facing a court battle in which it could be held accountable for selling data for as many as 50 million subscribers, T-Mobile wants to force its customers to deal with it on an individual basis out of the public eye.

T-Mobile does at least deserve a little credit for offering customers the ability to opt out of its forced arbitration clause. Other carriers do not offer any such option. The only problem is that T-Mobile's opt-out is only available to new customers for 30 days after they sign up for the company's services. Any attempt to get out of the agreement after that first month is considered to be invalid. And, of course, consumers have to actually be aware of the option, which is similarly buried within the company's novella-length terms and conditions agreement.

If you are a new T-Mobile subscriber or are planning to switch to the carrier, you can opt out of the company's arbitration requirements by calling 1-866-323-4405 or by visiting www.T-Mobiledisputeresolution.com. If you're already outside of the 30-day window, you're out of luck. Keep your fingers crossed that courts finally determine that forced arbitration is a shady, unfair, anti-consumer practice that needs to be done away with.