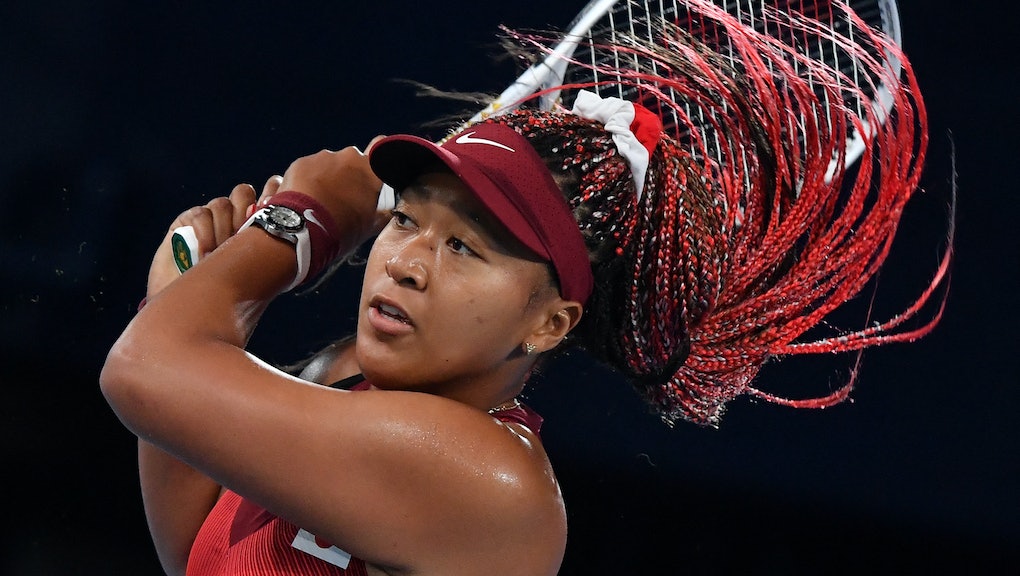 It was the first time Naomi Osaka had participated in a normal press conference in months, and things didn't go particularly smoothly. Ahead of the Western & Southern Open in Mason, Ohio, the tennis star answered three questions without incident on Monday. But then a reporter asked about her aversion to the media in a tone other people present described as aggressive.

Paul Daugherty, a sports columnist for The Cincinnati Enquirer, grilled Osaka on balancing her dislike of press conferences with the fact that media exposure serves her interests outside of tennis. The athlete did her best to answer his query, asking him to clarify what he meant, and even passed up the moderator's offer to move on to another question. But being put on the spot also made her visibly upset. Osaka left the room and took a five minute break before returning, apologizing and finishing the press conference in shortened form.

Osaka is strikingly thoughtful when she's talking to reporters. It's clear she takes every question seriously. New York Times writer Ben Rothenberg witnessed the exchange with Daugherty and tweeted that it was frustrating to watch an outsider dismantle the trust the tennis establishment was trying to rebuild with Osaka. "The tennis media people who know Naomi (and whom Naomi knows) had it going smoothly, and then a local reporter completely derailed it. Don't blame this on 'tennis media' again, folks," he wrote.

Rothenberg clarified that the "topic itself wasn't terrible" but noted that Osaka had just told the room that what she finds challenging about press conferences is fielding combative questions from strangers. Daugherty later penned an op-ed claiming Zoom leaves "no room for discussion or nuance," but he also praised Osaka for her poise, calling her reply "honest, thoughtful... and unlike any answer I've ever gotten in 34 years covering sports in Cincinnati."

It's worth noting that Osaka began crying as a different reporter asked her about the devastating earthquake in Haiti. (Her father is Haitian and she plans to donate her prize money from the Western & Southern Open to relief efforts.) But watching video from the press conference, it's clear that the exchange with Daugherty upset her.

It's unfortunate that the headlines about Osaka this morning are fixated on her tears. That's not fair. It frames her as a vulnerable, perhaps weak figure, and she is anything but that. Imagine psyching yourself up to prove you're still one of the best tennis players in the world after suffering some stinging losses in recent months, and then you have to engage in a debate with a stranger who's challenging your right to be successful unless you give away parts of yourself to the public. That'd be overwhelming for almost anyone.

Famous athletes like Osaka and Simone Biles have done the world a huge service by defying expectations in order to protect themselves. By saying no, they've transcended sports and become role models for others struggling with their mental health. It stinks that the exchange with Daugherty injected Osaka into this conversation again, when she could likely use a break from it. But we hope the tennis star realizes she's doing really great, given the circumstances. We'll always be in her corner.

More like this
Merely changing ‘The Activist’ from game show to documentary misses the point
By Shamira Ibrahim
Megan Rapinoe, Nneka Ogwumike, and 500 more elite women athletes took a stand for abortion rights
By Keith Nelson Jr.
Malika Andrews isn’t just a Band-Aid for ESPN. She’s brilliant in her own right
By Keith Nelson Jr.
Stay up to date