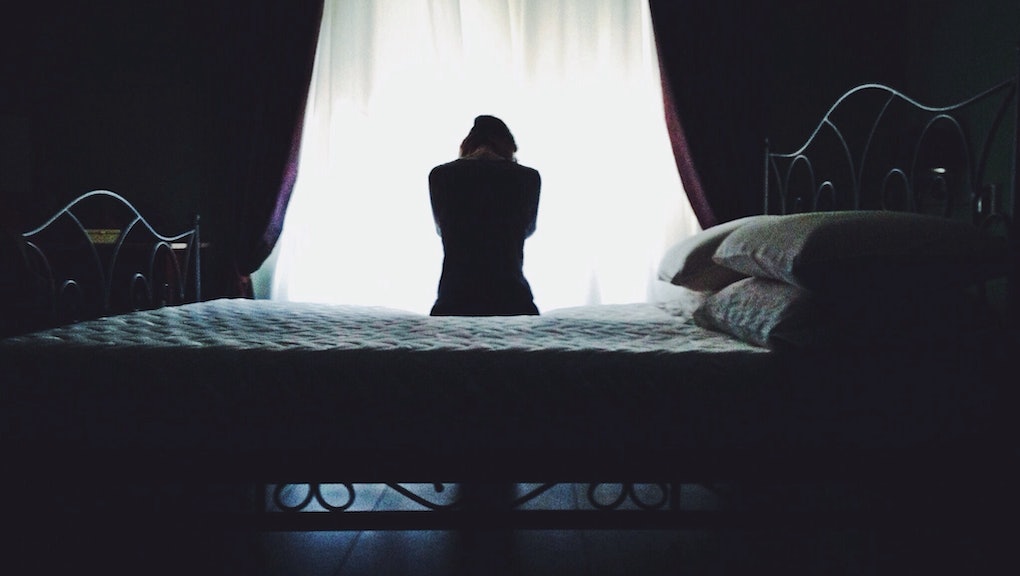 In the spring of 2019, we showed a cut of our film, Saving Zoë, to a group of sex trafficking and sexual exploitation survivors. What followed this screening was a thoughtful, honest, and incredible conversation that ultimately informed our final edit of the film.

These survivors — and so many others who willingly and graciously spoke with us about their stories — taught us so much about this horrifying topic. It takes true bravery to put yourself out there and share your experience, especially when it comes to trafficking and exploitation. Trauma, shame, guilt, fear, and denial are just some of the emotions survivors battle during and after their experiences with exploitation. In addition to this, when survivors do come forward and share their stories, they often face a tremendous amount of stigma, skepticism, and victim shaming.

The sad fact is that there are so many stories that go unheard and experiences that are left invalidated when it comes to this heinous and, unfortunately, thriving industry. It is estimated that $99 billion of profits are made from commercial sexual exploitation every year; yet, it continues to be a subject that is rarely discussed.

We witnessed this reluctance to discuss sex trafficking and sexual exploitation for the first time while trying to secure financing and distribution for Saving Zoë. Several different companies did not want to involve themselves in a project that even slightly addressed this issue, let alone had a plot that centered on it. Then, while promoting the film’s release, many press outlets felt extremely uncomfortable talking about the topic and even turned us down solely because the subject matter was “too dark.”

So, this begs the question: If most media outlets aren’t willing to start a conversation about trafficking and exploitation and we don’t listen to those who have experienced it firsthand, how can we ever hope to spread awareness and ultimately combat the issue?

It’s no secret that our political and social future has become greatly dependent on having uncomfortable discussions that we were not having before. Tangible change, for any issue, must start with acknowledging the issue’s existence and listening to those who have been directly affected by it.

When we shy away from talking about an issue, it’s easy to believe that it only exists in a reality far, far away, therefore allowing misconceptions about the issue to be perpetuated. Sex trafficking and sexual exploitation are no different.

For example, when trafficking is portrayed on screen, a very specific picture is often painted: Children being sold to the highest bidder after being kidnapped from their homes, plucked off the street, or funneled in from another country. We tend to assume that all sex trafficking and sexual exploitation looks this way; however, the truth of the matter is that, while this can happen, the ways in which trafficking and exploitation more frequently occur are far more insidious.

Online sexual exploitation has unfortunately been flourishing, partly due to our increased use of the internet because we are stuck at home and partly due to the fact that there are so many misconceptions that surround this topic. Of course, this is nothing new. There’s always been a tremendous amount of preconceived notions regarding sexual exploitation and sex trafficking, specifically when it comes to how it occurs and who it affects.

We’ve spoken to survivors who were trafficked as children, but we also have heard from survivors who were trafficked as adults. In addition to this, there’s a belief that women and girls are the only victims of sex trafficking, but men and boys make up 6% of sex trafficking victims worldwide. And of course, there’s the assumption that predators are strangers; however, in many cases of sexual exploitation, the perpetrators were often people that victims knew or thought they knew, such as a family member or a significant other.

There’s a hidden agenda in keeping misconceptions preserved. It is yet another way to silence victims. The implication that your experience doesn’t match up perfectly to what we all expect exploitation to look like can discourage people from coming forward and can discourage others from believing them. The fact of the matter is that more money is made when less people speak out.

That’s why we have to keep talking, and more importantly, let survivors lead the conversation. This year on World Day Against Trafficking in Persons, we are hosting a panel discussion with survivors/advocates and premiering it on our social media channels. The goal of the conversation is to spread awareness, have a survivor informed discussion, break down the misconceptions that surround the topic of exploitation, and hopefully prevent more of this horrendous crime from occurring.

When a survivor does speak out, we should listen. Listening is our best chance towards real change. To truly combat something, we must first understand it — and no one understands trafficking better than those who have lived through it. It is our responsibility to protect survivors, learn from them, and believe them. When it comes to policies and law, we need survivor-informed solutions.

It'll be a long road, but that road begins with a conversation — one that includes the voice of survivors.

Laura and Vanessa Marano are actors and activists in partnership with Equality Now, and human trafficking survivors/advocates to spark awareness about sexual exploitation.

More like this
How much sleep you need, depending on your age
By Dana McMakin
Remember the vaping crisis? Well, it hasn't gone anywhere
By Melissa Pandika
The CDC just announced the mask era is coming to an end (sort of)
By Rafi Schwartz
Stay up to date