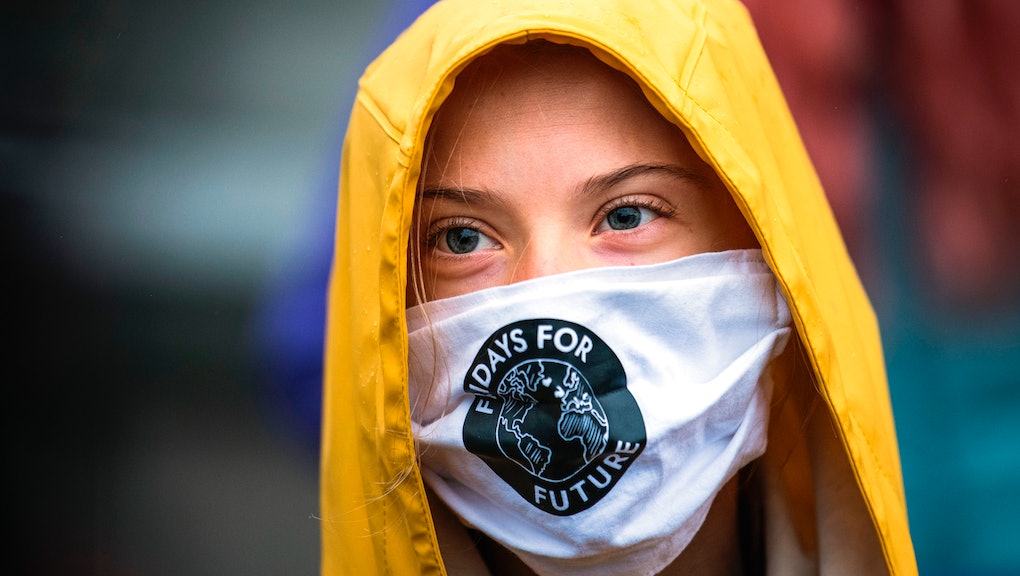 Ted Cruz had a horrible take on the Paris Agreement, and Greta Thunberg noticed

Republican senator for Texas and failed coup leader Ted Cruz apparently thinks his supporters are quite stupid. Either that, or he embarrassingly doesn't understand the quite simple terms of the Paris Agreement, the multinational climate accords that have much to do with carbon emissions and little to do with the French capital.

In a press release posted to his website, Cruz attempted to kding President Biden for recommitting America to the cliamte pact by arguing the following: "By signing this order, President Biden indicates that he's more interested in the views of the citizens of Paris than in the jobs of the citizens of Pittsburgh." Despite the fact that Pittsburgh, Pennsylvania, is 1,300 miles from Cruz's Dallas office, the take is not just inaccurate but wholly nonsensical. The Paris Agreement is so named because it was negotiated in Paris in 2015, not because it has anything specifically to do with the thoughts and feelings of Parisians.

Shortly after he was elected, Trump announced that the U.S. would be pulling out of the Paris Agreement, which is a global pact to lower emissions and address climate change. The rescission went into effect in early November, and it's unclear what tangible impact pulling out of the agreement has had. One message was clear from Trump's decision though: Despite being responsible for the largest chunk of global emissions, the U.S. was not going to take any responsibility for climate change.

Decoding Cruz's tweet means one of two things: that he actually thinks the Paris accords apply only to Parisians, or that he's a fan of unfortunate alliterations. Either way, the Republican's take demonstrates that this is going to be a tough four years for Biden, a public official who's long held a desire to work across the aisle and maintain civility — and likely a tough for years for humans all across the country who believe in the basic tenets of grammar and facts.

More like this
Biden's pledges aren't enough to avoid the worst effects of climate change, new study says
By AJ Dellinger
Somehow, a majority of Americans still don't think climate change will affect them
By AJ Dellinger
Why is Facebook this confused over letting Donald Trump back?
By Rafi Schwartz
Stay up to date