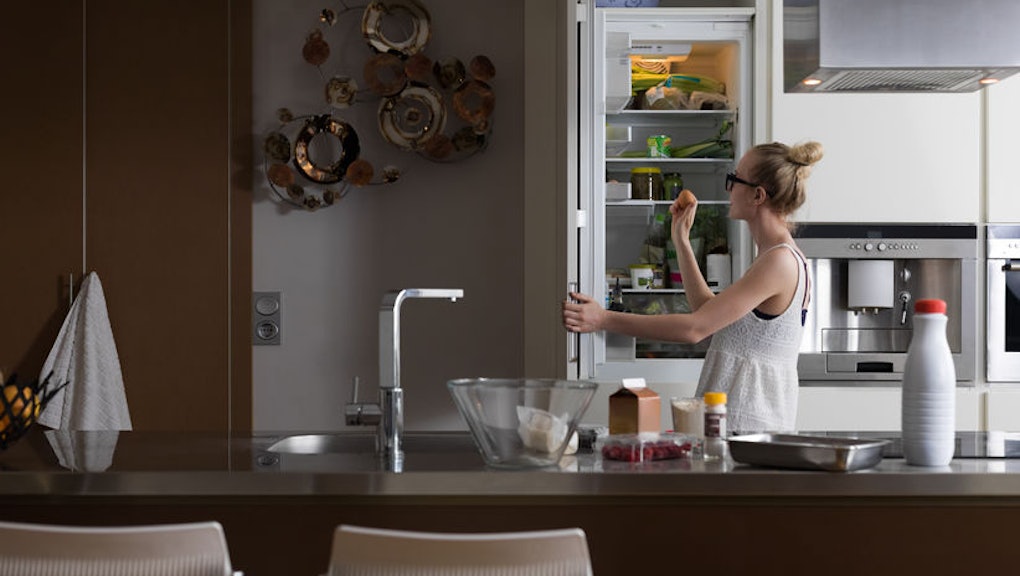 Imagine being 15 years old and entirely cut off from your preferred means of social interaction. That unfortunate fate struck a teenager who goes by the name of Dorothy online when she was barred from using her smartphone by her mother. Rather than allow her internet following to wonder where she disappeared to, she found a rather ingenious way to get back online: by firing off tweets from her family's smart fridge.

The harrowing situation for Dorothy started on August 4, when she announced to her rather significant Twitter following that she was "leaving forever" because her mom took her phone. According to a report from The Guardian, the device was confiscated after Dorothy was distracted by it while cooking and ended up starting a fire in the kitchen. Her absence from Twitter was short, though, as the teen quickly discovered that she could get onto Twitter from her Nintendo DS and used the handheld gaming console to scroll through social media for the rest of the day. However, that scheme was quickly shut down by her mom, who appeared to send a tweet from Dorothy's account to note that she discovered the DS and took that away, too.

Just one day later on August 5, another tweet came from Dorothy's account. This one included the hashtag #WiiU and included a screenshot of a note typed on the console. In it, Dorothy told her followers that her mom took the Nintendo DS and still had her phone, so she was left with "no choice but to use my wii." She also told her online friends that she would start answering direct messages as soon as she could get back on Twitter proper rather than access it through the Wii U. Another day passed and Dorothy spotted an opportunity to try to regain access to her devices. Her mom went to work, so Dorothy spent the day digging around for her phone and DS. She found the DS and took off to a friend's house so she could get back onto her account without worrying about being caught. She also told her online supporters that she'd connect with them on Facebook.

Dorothy's freedom was once again cut short, though, and her account went silent for nearly 48 hours. When she emerged again, she informed everyone that her mom once again took all of her electronics away and left her with no means of connecting with people. So how exactly did Dorothy get the message out? By tweeting from her family's internet-connected refrigerator, of course. "I do not know if this is going to tweet I am talking to my fridge," she tweeted.

Sadly, the fridge tweet was the last the internet heard from Dorothy for a few days, before she returned to thank everyone for their support and inform them that she was getting her devices back soon. By that point, Dorothy had become an internet icon. Both the official Twitter account and LG Electronics, the maker of the smart fridge that enabled her to send off her last communications, offered their support for her plight, tweeting #FreeDorothy.

For what it's worth, running Twitter on a smart fridge isn't the most intuitive thing in the world. Some internet-connected refrigerators — like Samsung's, for instance — run on proprietary operating systems that require companies like Twitter to build standalone apps. Most LG smart devices use WebOS, which is a fairly popular operating system used with smart TVs, fridges and has been used on lower-end smartphones. There are a number of WebOS apps that allow you to access Twitter. You could also use a web browser app to navigate to Twitter on a smart device. Hopefully you won't have to resort to this, though. Let Dorothy serve as a cautionary tale rather than an inspiration — though let's not kid ourselves, she truly is a hero to us all.