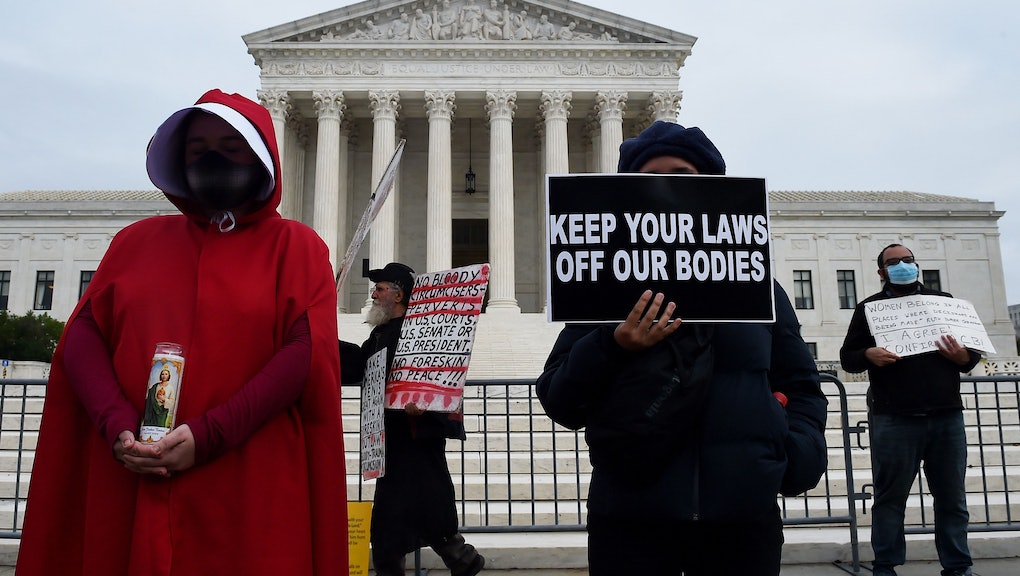 Restrictions on abortion often don't look like outright attempts to ban a patient from receiving health care. Take the latest attempt in Tennessee: Last week, a panel of judges on the Sixth Circuit Court of Appeals allowed the state to enact an abortion restriction that was signed into law over the summer. The rule prohibits doctors from providing an abortion if they know or have reason to believe that a patient is seeking to terminate a pregnancy because of race, sex, or fetal diagnosis of Down syndrome.

Advocates for accessible, comprehensive, and compassionate abortion care say that this law will corner providers into asking invasive questions of their patients, and in doing so, deter pregnant people from seeking care. Moreover, legislation like this may confuse the public as to what abortion laws actually say; given that 96% of counties in Tennessee do not have abortion clinics, this law may discourage patients even before they arrive to a doctor's office.

A press release put out by the Center for Reproductive Rights outlined that these kinds of harmful restrictions are also based in racist stereotypes and further discriminatory medical care — all under the guise of advocacy. "These kind of reason bans inflict harm by peddling stigma around abortions and stereotypes of Asian Americans and Black and brown communities, and by attempting to co-opt the mantle of disability rights," the release said. According to the Guttmacher Institute, a reproductive policy think tank, 6 out of 10 abortion providers are located in majority-white neighborhoods, yet over half of abortion patients are women of color. Moreover, this kind of legislation defies the fact that the actual methods used to determine fetal sex characteristics are not the ones targeted by legislators.

Advocates of abortion care are adamant that any restriction on the books is inherently harmful to the wellbeing of those whose personal reproductive lives are treated as political fodder. "This law was motivated by anti-abortion politics, and does nothing to support people with disabilities," Brigitte Amiri, the deputy director of the ACLU's Reproductive Freedom Project, said in a press release.

The legislation upheld by the court — both Republican judges ruled in favor, while the Democrat dissented — is gaining traction in the U.S., as are other forms of abortion restrictions. A number of states with Republican-led state legislatures have passed anti-abortion measures in the past 10 years, and several states restrict abortion based on the reason the patient gives for needing the procedure.

Tennessee's leaders insist that this court ruling will protect patients and "save lives." Gov. Bill Lee (R) said in a tweet, "Every life is precious and every child has inherent human dignity. Our law prohibits abortion based on the race, gender, or diagnosis of Down syndrome of the child and the court’s decision will save lives. Protecting our most vulnerable Tennesseans is worth the fight."

A court battle is still underway regarding the other aspects of the state's abortion restrictions passed this summer. If the decision by the circuit court is appealed to the Supreme Court, the conservative justices will have their say about what really constitutes an abortion restriction. Given the court's 6-3 conservative lean thanks to Trump-nominated justices like Amy Coney Barrett, advocates for abortion access may be nervous.