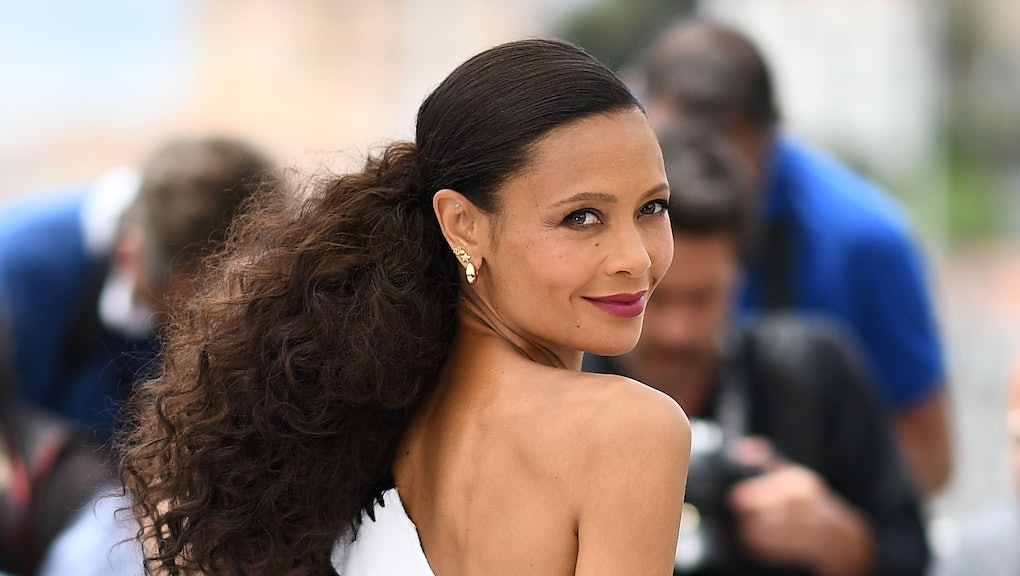 Thandiwe Newton insists you call her by her correct name

Actress Thandiwe Newton landed her first movie role when she was 16, starring alongside Nicole Kidman in the 1991 coming-of-age dramedy Flirting. When teenage Newton auditioned, Australian director John Duigan asked her if she could be “darker… by Monday,” so the daughter of a Zimbabwean princess and a British lab technician spent a whole weekend slathered in tanning oil, baking in the sun. But she got the part. “Colorism has just been the funniest. I’ve been too Black, not Black enough. I’m always Black,” Newton told British Vogue.

Then the film’s credits carelessly misspelled Newton’s first name as “Thandie,” and the erasure stuck as her career grew. But now, the British icon is reclaiming what’s hers: she’ll be credited as “Thandiwe Newton” in all her future projects. “That’s my name. It’s always been my name. I’m taking back what’s mine,” she said.

The director who bungled her name, Duigan, was also a sexual predator who targeted Newton, 20 years his junior, when they were filming Flirting in Australia. The ensuing abusive relationship went on for five years before she managed to extricate herself at age 20. “It was textbook, really boring textbook,” Newton told Vogue in its May 2021 issue. But the experience transformed her into an outspoken activist, long before the floodgates opened with the #MeToo and #TimesUp movements.

“I have a seventh sense for abuse and abusers,” she told Vogue, “which I believe is one of the reasons why I was rejected a lot in Hollywood. I’ll talk about it until the cows come home, because I know I’ll be helping someone.” Newton once fired a publicist who told her she shouldn’t talk openly about being sexually abused, because it was “not good for your reputation.”

Newton’s luminescent career spans three decades, but she’s best known for Crash (2004) and HBO’s Westworld, which nabbed the actress an Emmy for her portrayal of android brothel-madam Maeve. Newton and her co-star Evan Rachel Wood now earn the same amount of money as their male counterparts on set. “It wasn’t a celebration. I was disgusted,” she told Vogue of the fact that pay parity still isn’t normalized.

Newton’s great-grandfather was a Shona chief, and her first name means “beloved” in the language. Since royal lineage passes down through generations in Shona custom, Newton and her daughters are princesses, too. The actress wanted her Vogue shoot to reflect her dual British and Zimbabwean heritage, and she was styled in pieces by African designers like Duro Olowu, Kenneth Ize, and Cheyenne Kimora along with more looks from the likes of Versace.