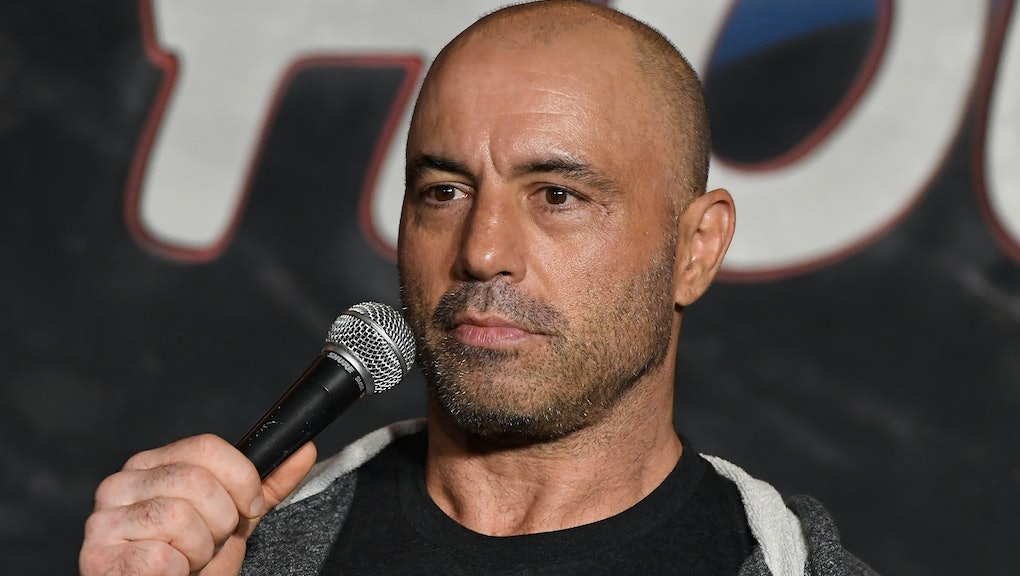 Since signing an exclusive, nine-figure contract with Spotify, Joe Rogan’s been at loggerheads with more progressive forces within the streaming company. His show migrated to the platform back in September, with more than 40 controversial episodes excluded — leaving Rogan’s staunchest die-hards to wonder if he’d have full creative control. Weeks later, Spotify staffers reportedly questioned CEO Daniel Ek at an all-hands meeting about the platform hosting transphobic episodes of the podcast. It appears that Rogan’s winning the internal war of attrition, with Alex Jones guesting on the most recent Joe Rogan Experience episode.

At this point, we know what happens when Jones gets in the room with a microphone — boundless conspiracy theories, anti-vaccination rhetoric, and dangerous disinformation. The latest episode touched on all of these hallmarks, playing banned InfoWars videos, accusing Bill Gates of peddling vaccines that have a 100% risk of infection, and unchecked COVID speculation. Although Jones’ husky, blown-out throat has been deplatformed from a number of big tech companies, this three-hour episode reaches millions of listeners on Spotify — and has already been viewed 3.9 million times on YouTube.

Vice points out that, although this is a familiar pairing, Rogan’s sober month lends this a different tone. Rogan’s “just asking questions” approach to housing far-right guests offers a little pushback to Jones’ extreme claims, but still houses them on a massive podcast:

“It's a notably different approach compared to Jones's previous appearances on the podcast, during which Rogan and other guests including Jones were smoking weed and drinking alcohol, and mostly laughing at Jones's patently absurd theories, but not challenging them as Rogan does this time.”

By housing Jones in a new context, Spotify’s walking back a 2018 decision to remove his podcast from the service for “repeated violations of Spotify's prohibited content policies.” The eccentric conspiracy theorist who’s demonized Sandy Hook parents and baselessly charges that COVID-19 is a tool to “establish a global police state” will always have a home with Rogan. It remains to be seen if Spotify will reassert its content policies — or pay artists an equitable wage — anytime soon.