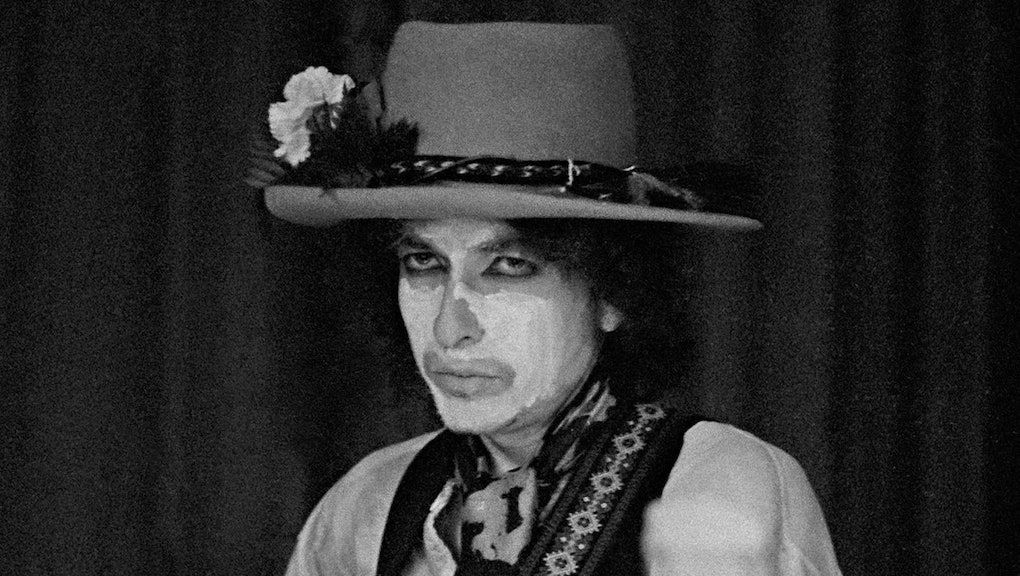 Twitter was in an uproar on Monday over a screenshot tweeted by Classic Rock in Pics (@crockpics) of Rolling Stone’s ranking of the top 100 singers of all time — from 2008.

The list puts Bob Dylan at #7 — above Al Green, Freddie Mercury, Etta James, Prince and many other legends, as Twitter users pointed out. Rolling Stone justified its ranking in the November 27, 2008 issue of the magazine as follows: “To understand Dylan's impact as a singer, you have to imagine a world without Tom Waits, Bruce Springsteen, Eddie Vedder, Kurt Cobain, Lucinda Williams or any other vocalist with a cracked voice, dirt-bowl yelp or bluesy street howl.”

Twitter was still fairly nascent in 2008, so the online outrage machine never got a whack at Rolling Stone when the list was published, it seems. What’s more troubling, however, is how quickly people piled on to the angry debate without checking to see if, you know, this declaration of Dylan’s eminence was a recent thing the magazine had made or something.

On Monday afternoon, the discourse was trending across Twitter, ranked #4 in the US. With the click of a screencap, Classic Rock in Pics — an account that mostly aggregates old pictures of rockstars — diverted our attention and made us argue about a meaningless power ranking that’s more than a decade old. What made people get so worked up?

The contagious nature of anger on the internet has been studied pretty extensively in the last decade. As Terri Apter, Ph.D., put it in Psychology Today, outrage can be contagious and even entertaining. “The pleasure of strong negative judgment becomes so enjoyable we seek opportunities to trigger it,” she wrote.

A lot of publishers fish for strong opinions, and thus engagement, with clickbait. Classic Rock in Pics posted the old Rolling Stone list with the prompt, “Thoughts?” This lazy content farming is irksome to a lot of content creators — writers and editors and musicians themselves — because it devalues the work they do to draw peoples’ attention to relevant and timely conversations. Also, when they saw his name trending on Twitter, a lot of Dylan fans thought he’d died and panicked.

Suffice to say, people on the internet have proven once again how distractible and easily hooked we all are. It’s one thing when everyone’s fighting about Bob Dylan. But it’s another when people get lured in by out-of-date or inaccurate stories about a political candidate, for example.

Now as some #MondayMotivation (today’s #2 Twitter trend), I suggest firing up the ol’ Spotify and streaming “The Times They Are A-Changin.’” The seventh-greatest singer in the world (as of 2008) has some advice for our divided times.

Come gather 'round, people / Wherever you roam / And admit that the waters / Around you have grown / And accept it that soon / You'll be drenched to the bone / If your time to you is worth savin' / And you better start swimmin' / Or you'll sink like a stone / For the times they are a-changin'