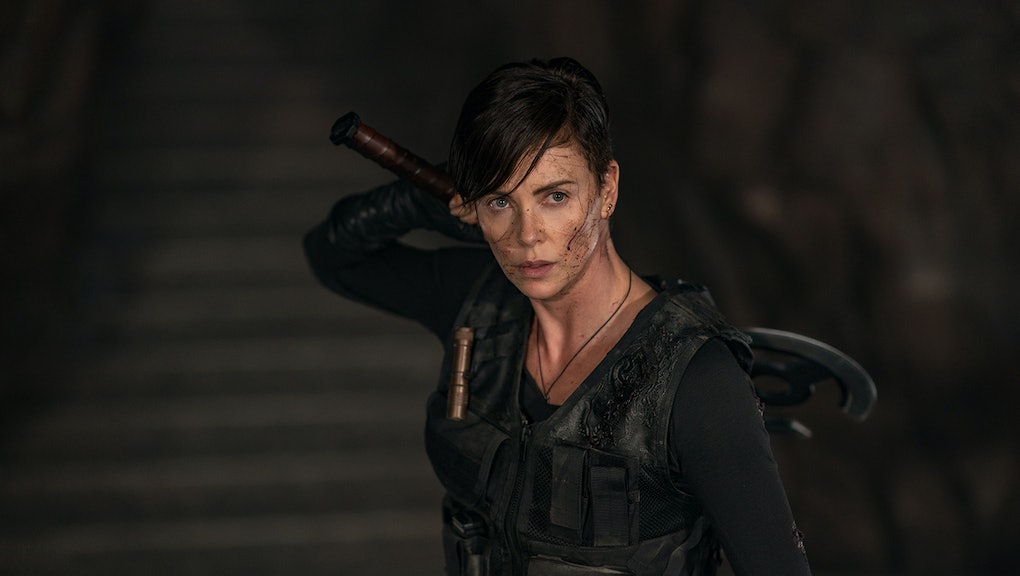 The 10 best Netflix releases in July

New movies and shows just keep on coming to Netflix every month, *Jerry Seinfeld Netflix special voice* what is the deal with that! It’s hard to keep track of everything, what with the dozen other streaming services and the world never letting up. And so this space is here to keep you updated on the best movies and shows coming to the platform on a monthly basis. Below you’ll find a mix of old favorites returning or coming to Netflix for the first time, and some still-unseen original programming that looks poised to make a splash.

Clint Eastwood — now there’s a director who isn’t afraid of chairs. Eastwood has had a bumpy run over the past decade or so, with a few standouts — I’ll go to the mat for Richard Jewell until I die — and bizarre clunkers like The 15:17 to Paris. It’s always nice to revisit his incredible 2000s run from time to time, which brought some of his career-best work, from Mystic River to Letters From Iwo Jima. Perhaps none were better than Million Dollar Baby, which functioned as a sort of inversion of Rocky's triumphant boxing narrative. Hilary Swank and Eastwood ably juggle the melodrama and gritty realism en route to its tragic, highly memorable endgame.

You can rate a movie by normal metrics like plot, character development, or direction, but sometimes the easiest way to measure greatness is simply counting how many Al Pacino gifs emerge from a movie. The Devil’s Advocate maybe has the richest bounty of all time, so for that reason alone: five stars.

Just a delight! So what if it’s one of the more conventional Nora Ephron films? This remains her warmest, tidiest romantic comedy. The trope of a precocious kid trying to steer his parent’s love life will never grow old, and watching this recently made me long for the days when Tom Hanks could be in the kind of movie that wasn’t straining for awards.

The first of so many collaborations with Robert De Niro that I’ve lost count, Mean Streets solidified Martin Scorsese as the master of dark crime dramas. It’s one of those classics that feels retroactively derivative, if only because it pioneered so many of the classic modes in the first place. John Cassavetes apparently told Scorsese, “You’ve just spent a year of your life making a piece of shit,” about Boxcar Bertha, and steered him into making films closer to his own life experiences. Brutal but fair!

Netflix is bringing the first three, non-Jaden Smith Karate Kid films back to the platform. This is good enough news on its own, but serves as a primer for Netflix's latest original series import, Cobra Kai. In what feels like the dream for a show of its kind, the Karate Kid spin-off series is officially making the leap from YouTube Red to Netflix. The first two seasons are migrating sometime later this year, with the upcoming third season premiering at an unspecified time thereafter. The acclaimed series brings back Ralph Maccio 34 years after the events of the first Karate Kid film, but zeroes in on Johnny Lawrence’s choice to reopen the Cobra Kai dojo.

I don’t know, man, calling your show Warrior Nun is bound to set some unrealistically high expectations. Anyway, here’s Netflix’s description for the new original series based on a comics character: “After waking up in a morgue, an orphaned teen discovers she now possesses superpowers as the chosen Halo-Bearer for a secret sect of demon-hunting nuns.” I am... in? I think I’m in.

Already drawing some strong early notices, Netflix’s reboot of The Baby-sitters Club updates the books and classic series to the present day. With GLOW writer Rachel Shukert at the helm, it seems poised to be the kind of thing that kids will enjoy — and their nostalgic parents can more than just tolerate.

Given the lack of actual blockbuster-blockbusters in theaters this summer — sorry, I’m not counting The King of Staten Island — it’s very possible that The Old Guard could be the most-watched new action film of the season. Charlize Theron, who’s reliably turned into one of our best action stars, heads this fantasy comic adaptation that also might be a superhero thing? With the success of stuff like Will Ferrell’s Eurovision movie and uh, 365 Days, there’s no reason why this shouldn’t be an exciting tentpole for Gina Prince-Bythewood, director of Love and Basketball and Beyond the Lights.

Based on the Frank Miller illustrated novel, this new series starring 13 Reasons Why’s Katherine Langford looks to be Netflix’s latest mega-budget fantasy offering. It’s a spin of sorts on the Arthurian legend, but instead focusing on Langford’s Nimune, who will eventually become the Lady of the Lake.

Honestly, I’m just taking all of your word for it at this point. Without a proper cable package or ESPN access throughout April and May, it was admittedly kind of fun to string together each episode through the rapturous live-tweeting and memes every Sunday night. I guess there’s something about poisoned pizza, headphones on the bus, and an iPad? Seems fun.