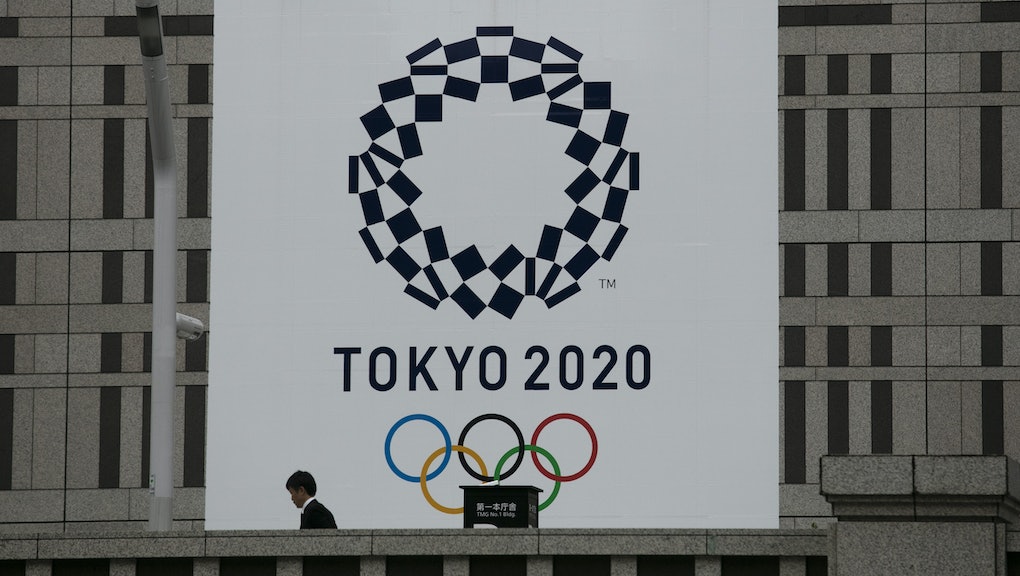 The 2020 Olympics are postponed, following withdrawals from Canada and Australia

Editor's note, 1:48 p.m. ET: International Olympic Committee member Dick Pound told USA Today on Monday afternoon that "postponement has been decided" for the 2020 Tokyo Games. "The parameters going forward have not been determined," Pound said, "but the Games are not going to start on July 24, that much I know." The longtime IOC member added that he expects the committee to announce new information "in stages" as it begins to "to deal with all the ramifications of moving this, which are immense."

Our original story appears below.

Less than a week after the International Olympic Committee planned to move ahead with the 2020 Summer Games, it looks like the Olympics may be postponed. Both Canada and Australia said their teams won't attend due to concerns over the coronavirus outbreak. Their decision is forcing Japan and the IOC to reconsider holding the Tokyo Games.

The 2020 Olympic Games are scheduled to begin July 24. Last week, the IOC said it was "fully committed" to holding the games and was taking measures to guarantee the "safety and interests of athletes, coaches, and support teams."

That wasn't enough for Team Canada who, on Sunday, said it would not send any athletes if the Games were held as scheduled. In a statement, the Canadian Olympic Committee and Canadian Paralympic Committee called for the Games to be postponed for a year.

"With COVID-19 and the associated risks, it is not safe for our athletes, and the health and safety of their families and the broader Canadian community for athletes to continue training towards these Games," the organizations wrote. "In fact, it runs counter to the public health advice which we urge all Canadians to follow."

In response, the IOC said it would step up its scenario-planning for the 2020 Olympics. IOC President Thomas Bach said, “Human lives take precedence over everything, including the staging of the Games. The IOC wants to be part of the solution. Therefore we have made it our leading principle to safeguard the health of everyone involved, and to contribute to containing the virus."

Australia followed Canada's lead by announcing its own intentions to pull out of the 2020 Games. The Australian Olympic Committee said its athletes should prepare for Tokyo Games that take place in 2021 instead.

Australian chef de mission Ian Chesterman said, "It's clear the Games can't be held in July. Our athletes have been magnificent in their positive attitude to training and preparing, but the stress and uncertainty has been extremely challenging for them."

With two countries prepared to pull out, Japanese Prime Minister Shinzo Abe said of the Games: "If it is difficult to hold in a complete way, a decision of postponement would be unavoidable."

If the Olympics are postponed, this wouldn't be the first time. The 1916 Summer Olympics and the 1940 and 1944 Summer Olympics were scrapped because of war — World Wars I and II, respectively. Having to potentially postpone competition due to a global pandemic is a whole new issue.

Rescheduling the Games could take a few different forms. CNN reported that the event could be postponed for merely a few months, although that probably isn't likely. As hinted at by Australia's statement, pushing the Games to the summer of 2021 may be the most logical choice, allowing for a substantial delay while also taking place soon enough that athletes can reasonably sustain training and preparedness.

Still, the IOC refuses to confirm anything. In an interview with The New York Times, Bach said, "Nobody today can tell you what the developments are tomorrow, what they are in one month, not the mention in more than four months."

"Therefore it would not be responsible in any way to set a date or take a decision right now," he continued, "which would be based on the speculation about the future developments."

This article was originally published on March 23, 2020