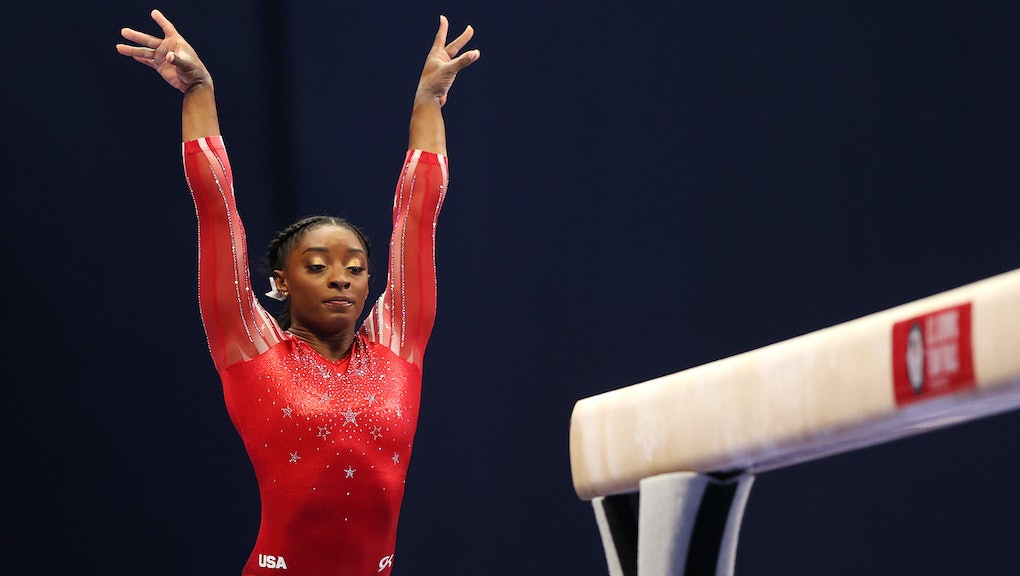 The 2021 Olympics have their problems, but athletes still need our support

When Michelle Moultrie takes to the diamond representing Team USA in softball at the 2021 Summer Olympics, it will be monumental on multiple fronts. Not only is Jacksonville, Florida's Moultrie the lone black female on the team, but it's the first time softball is back in the Olympics after a 12-year break. It's moments like this that run the risk of being missed amid calls for the boycotting of the Tokyo games in the wake of sprinter Sha'Carri Richardson's penalization and the games’ longstanding rule against political statements. And it doesn't end with Moultrie. Boxing's Naomi Graham is the first female active-duty service member to compete at the Olympics for team USA. The list goes on—incredible moments from Black Olympians that deserve to be seen and supported.

I can understand the foundation for the outrage around Richardson's suspension. Given the broad and growing legalization and decriminalization of marijuana in today's society, it's ludicrous that athletes are still being suspended for using the drug. However, marijuana remains on the IOC's banned substances list because it meets two of the three listed criteria for banned substances. The organization sees it as a drug that violates the spirit of sport and poses a health risk to athletes. Both of those criteria are debatable and begs the question, who determines the spirit of the Olympics? And as far as health risks go, one might say attending an Olympics games during a pandemic far outweighs the health risks of marijuana. But despite the disappointment of being disqualified from participation in the 100-metre race, Richardson did not call for a boycott of the Olympics, and instead accepted responsibility. "I know what I'm supposed to do, I'm allowed not to do, and I still made that decision," she said on the TODAY Show in early July.

The hard truth is the Olympics aren't about political statements, protests, suspensions, or the IOC. They aren't about the fists in the air at the 1968 games in Mexico City, as iconic as the image of Tommie Smith and John Carlos is. They're about the athletes and the athletic competition from which the Olympics are birthed. Many of these athletes you will never hear from again, many of whom have spent their entire lives training for these singular moments. Put yourself in the shoes for a moment of an athlete like Graham, whose excitement has been building, seemingly for years, at the thought of representing her country at the Olympics. Now imagine you're Graham scrolling social media and seeing so-called sports fans tweeting messages of Olympics boycotts and encouraging others to ignore the Tokyo games. The majority of people Tweeting and sharing the messages have never endured two or three-a-day workouts and have never sacrificed in the sole name of their sport and country.

The backlash leads us to the one critical piece fans that are calling for boycotts are missing. And that's for every Usain Bolt, Michael Johnson, and Sha'Carri Richardson, and there are countless other athletes like Graham and Moultrie who will very likely never make a dime of profit, let alone millions, from their Olympics participation. And while Richardson is far from making millions, she has been offered a sponsorship opportunity with a vaping company estimated to be worth $250k. This isn't to suggest this negates the disappointment Richardson feels from being disqualified from the event, but to convey why it's crucial other athletes get their moment in the sun. For most, if not all of these athletes, their moment has nothing to do with monetary gain, but rather the pursuit of history and etching their name in the record books as Olympic medal winners. When asked how he felt after winning a Gold medal at the 2012 London Olympics, Cullen Jones, the first African-American to hold a world record in swimming, said, "it's such a surreal experience to hear your own national anthem and see your flag go up. A lot of swimmers can't wrap their minds [around it]. For me it took about a week — that's when it really sunk in."

It's not surprising people feel the way they do about the games. Outside of suspensions that have put a damper on some of the game's most anticipated events, there is also the COVID-19 pandemic, resulting in spectators being barred from attending events following Tokyo putting itself into a state of emergency. And we're already seeing COVID cases creep into the Athlete's Village, with the head of the Olympics organizing committee saying this week that he hasn't ruled out a cancelling of the games altogether. While cancellation of the games at this point, especially after a year's postponement, seems extremely unlikely, much of the fun of the games has already been sucked away from many of these competitors. Ask any athlete, and they will tell you they feed off of the energy of the crowd. And with the pandemic putting that on ice, athletes like Simone Biles are speaking out, stating that the lack of fans could impact performance. "It's going to be really tough, I think, only because I've never competed without a crowd. I've never competed without my family there," Biles told the Associated Press.

This is why, despite enormous challenges facing this summer's games, the athletes need to know that fan support is there. Yes, for us as viewers, there will always be another Olympics, and one would imagine with fans. But for the athletes at the 2021 Summer games, this may be their only moment under the bright lights of the world's greatest athletic competition.

More like this
Megan Rapinoe, Nneka Ogwumike, and 500 more elite women athletes took a stand for abortion rights
By Keith Nelson Jr.
How many times must victims relive their trauma in the Larry Nassar case?
By Chloe Stillwell
The reason Simone Biles quit was more heartbreaking than we could've ever imagined
By Brandon Yu
Stay up to date