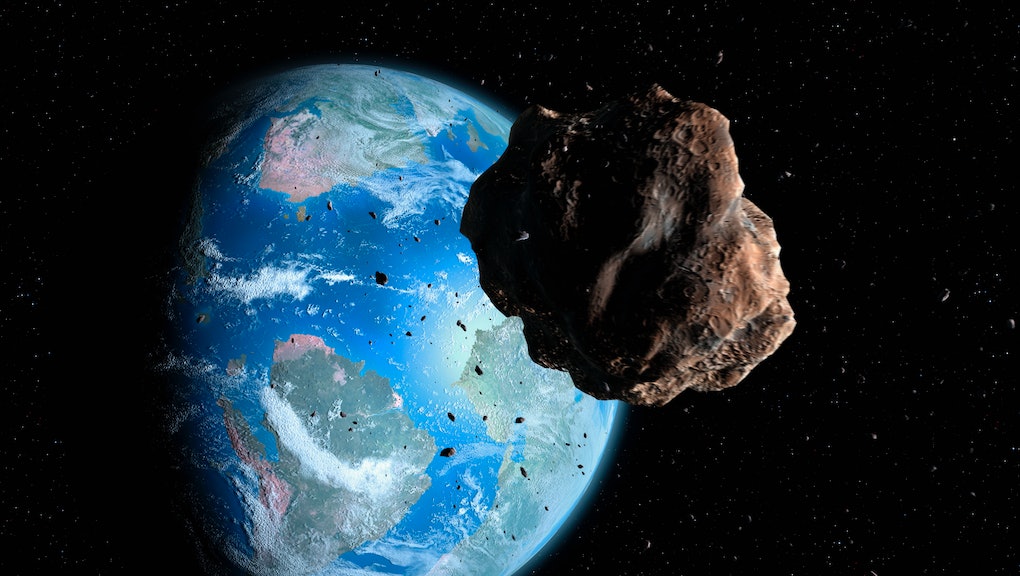 When CNN reported that an asteroid heading toward Earth is scheduled to whiz by — or hit us — just before Election Day, was anyone really surprised? The news was just another non-stop heap of terrible toppings on the messy sundae we call 2020. Some people even started rooting for it.

Fortunately (or maybe unfortunately?) it’s probably not gonna wipe out humanity. The asteroid, named 2018VP1, is actually predicted to brush right by Earth, passing us as we approach what is likely going to be an incredibly messy Election Day. And, frankly, who could blame it? Miss me with all this Earth nonsense, too.

The asteroid is nothing new to astronomers. 2018VP1 was first discovered by researchers in November 2018 about 280,000 miles away from Earth. It has a two-year orbit around our planet, so this year’s pass-by will be the second time they’ve seen the asteroid this close since its discovery. It’s true that it’ll be coming fairly close to the planet in cosmic terms, within nearly 5000 km, but the possibility of it changing course and hitting the Earth is about 0.41 percent, or a 1 in 240 chance.

Even if it did veer towards Earth, it wouldn’t do much, NASA Asteroid Watch reassured the public in a Twitter statement. The asteroid is only about 6.5 feet, so it’s small enough that it’d probably burn up in the atmosphere before making contact. According to NASA’s Center for Near Earth Studies, a “potentially hazardous asteroid” would have to be around 500 feet in size to pose a real threat to the planet.

There is, however, a larger asteroid that’s also passing by Earth on November 3 called 2020HF4. At about 26 to 60 feet wide it’s still not big enough to damage the planet, and it’s staying a safe 260,000 miles away from our madness anyway. For comparison, the moon is about 238,900 miles away.

So yeah, the chances of a big asteroid hitting the Earth just before voting day are pretty slim, so you can put away those thoughts of seemingly divine intervention cutting in to save us from whatever the finale of 2020 has in store. We have to save ourselves by going out to vote, and try not to rely on all the little space rocks floating by to deliver us from this hell of our own making.

More like this
For a blessed 11 minutes, Jeff Bezos was not on Earth. Here's what he missed
By AJ Dellinger
QAnon queen Marjorie Taylor Greene got suspended from Twitter for spreading coronavirus misinformation
By AJ Dellinger
For the record, this lake in Patagonia is not supposed to be neon pink
By AJ Dellinger
Stay up to date