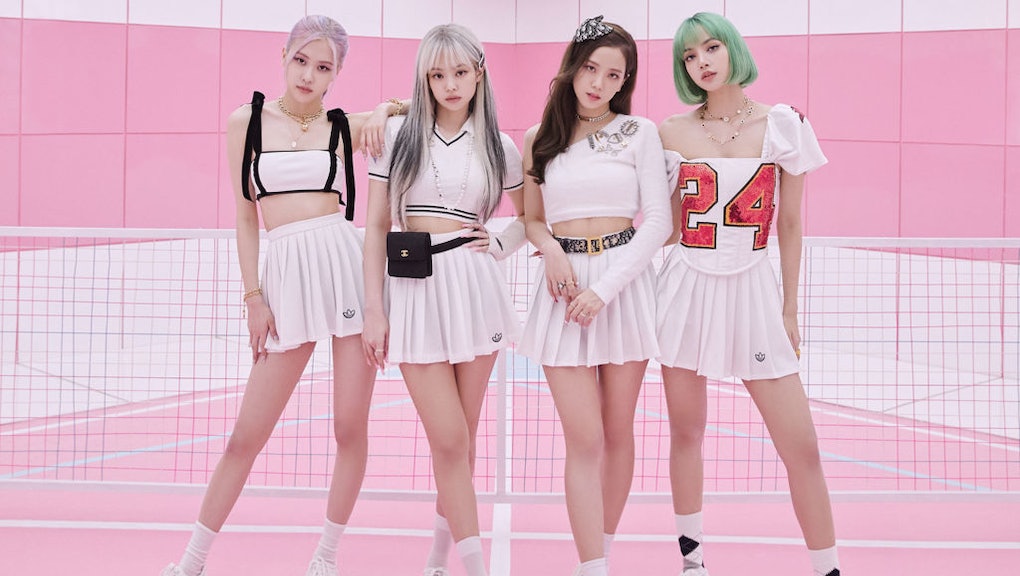 The best albums of the week from 21 Savage, Bartees Strange, and more

When someone like President Donald Trump tests positive for the novel coronavirus, you just have to, uh...think about the best new music released this week instead! On so many occasions this year, the national news vortex has crowded out any music or culture news from gaining too much of a foothold, and a day absolutely packed with great new releases feels like no exception. Once again, it’s the first of the month and a Bandcamp Friday, meaning it’s the most surefire way to directly support artists and independent record labels. Today brings new releases from artists a little too big for a Bandcamp page — Blackpink and 21 Savage — and some of the best albums of the year from Bartees Strange and Cartalk. Let’s get into it.

You’ve got to admire the conviction behind just naming your debut album The Album, and then making said album a lean 8 songs and 24 minutes. No matter the brevity, Blackpink in your area more than ever, and it’s hard to imagine the K-pop superstars leaving it anytime in the near future. The Album’s a compact survey for the uninitiated, roping in high profile guests like Selena Gomez and Cardi B to further anoint the group with infectious, early ‘10s EDM-tinged exuberance. The Cardi-featuring “Bet You Wanna” is an elastic earworm, one of the catchiest recent pop songs that already feels inescapable.

The arrival of Bartees Strange has felt both a long time coming and remarkably sudden. Following his essential National covers EP, Say Goodbye to Prettyboy, his debut full-length Live Forever carries an incredible conviction and ambition. After years of ruminations on the unbearable whiteness of indie, Bartees remains committed to the mission of asserting that indie rock is Black music, and shouldn’t be contained to any genre limitations. You sense six different debut records living in one cohesive place, and he just decided to let them all cohabitate instead of relegating them to future career-shifts. There’s immeasurable power in the post-hardcore howls to close out “Mustang,” hazy bars of “Mossblerd,” and moments like “Boomer” when all his dispositions just effortlessly lock into place. He’s got it.

Not to be overlooked in the slightest, the debut record from L.A.’s Cartalk is also a full-stop revelation and immediately vaults into the best albums of the year so far. Chuck Moore has a remarkably firm handle on fuzzy, Americana-tinged indie rock, with some of the best melodies and driving guitar-work you’re bound to hear on an album in this space. “Los Manos” soars with hyperspecific emotional generosity, while ballads like “A Lesson” hit with similarly muted force. Moore has one of those confident, familiar voices that I imagine working in just about any context, but it was made for this stuff. If your comfort zone resides somewhere near Great Grandpa’s Four of Arrows, Petal, or Hop Along, this is appointment listening.

The Sigur Ros frontman is capable of the most gorgeous, transporting music you’ll ever hear and never have to understand. And yet Jónsi’s infrequent solo output pushes toward less inscrutable territory, breaking Hopelandic for some of the most titanic electronic backdrops of his career. Shiver marks his first proper album in a decade, and ropes in collaborators A.G. Cook and Robyn for the glacial “Salt Licorice.” You’re still getting his trademark moments of quiet transcendence, but this is largely a more active, skittering effort than we’re used to.

Okay, can’t say I had Pen & Pixel pegged as the great comeback story of 2020. Although the iconic hip-hop design company’s first — and flat out incredible — album cover since closing in 2003 looks to be the story here, you’ll notice quickly that Savage Mode II somehow got Morgan Freeman to narrate throughout the record. 21 Savage has always felt most at home with these Metro Boomin collab albums, none more than on Without Warning with Offset. His wise-cracking, word-weary deadpan hits at just the right time.

Few indie breakouts have reacted against early stardom quite like Shamir. After Ratchet spawned a minor hit single in “On the Regular” in 2013, he’s had a remarkably prolific lo-fi output, sprinting away from the jittery indie-pop of his debut. Everything kind of just snaps into place on the polymaths’ self-titled record, the kind of reinvention that feels like what he’s been reaching toward this whole time. You can’t really pin this down, with “Other Side”’s striking rockabilly, pressing up against the soaring dream pop of “Running.” Good stuff.

More like this
“Exhilarating, joyful, and of course pretty scary": Musicians on the pressures of returning to the stage
By Kelly McClure
“A.I. is actually the fastest path to communism,” and other thoughts from Grimes that make no sense
By Rafi Schwartz
'Starstruck' will melt your icy heart and make you believe in love again
By Kara Weisenstein
Stay up to date