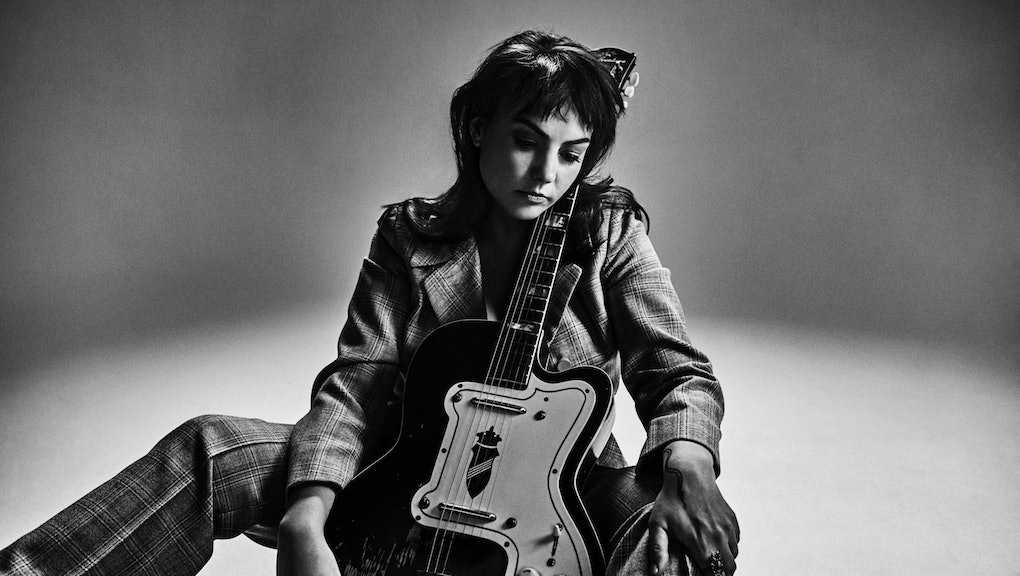 The best albums of the week, from Angel Olsen, Disclosure, and more

It was another week of overwhelming velocity, trauma, and confusion. Kenosha police shot Jacob Blake in the back seven times, leading to paralysis from the waist down and a fiery string of protests in the city. Seventeen-year-old militia member Kyle Rittenhouse killed two protesters and injured another, en route to becoming a conservative media darling. This all played out against the RNC’s Verhoevian backdrop, compounding the frightening possibility of it happening again infinitum. There was a glimmer of hope in the wreckage, as the Milwaukee Bucks were no-shows for a Game 5 playoff matchup, setting off a wave of wildcat strikes throughout the NBA and other professional sports leagues to protest racialized police brutality and injustice.

You’d be forgiven for thinking new music can feel especially insignificant or even unlistenable throughout stretches like this, but it keeps on coming. Although she isn’t featured below, Katy Perry returns with Smile, her compact new album that struggled to find its footing in a protracted rollout. (“Never Really Over” is still god tier and nearly saves the thing.) Hardly an escape, but survey the best albums of the week for a break, including new ones from Angel Olsen, Disclosure, and Knot.

Whether or not the instrumentation matches in intensity, Angel Olsen only really trades in emotional tornadoes. After vastly expanding her scale with 2016’s My Woman, she folded in a tidal wave of synth and strings for last year’s All Mirrors. You can feel her torn between the measured bombast of these last two records and her searing early acoustic balladeering — the latter of which she returns to for Whole New Mess. After a tumultuous personal and professional period, she returns to the earlier, pared-down versions of many All Mirrors tracks, nestled alongside a few brand new songs. It completely reimagines the familiar tracks into fresh gut-punches, leaving you to wonder how many different versions of an album she has in her.

The Lawrence brothers arrived early in the 2010s with boundless possibility, seemingly ready to rearrange the entire pop landscape. Settle was ebullient, sternum-rattling dance music that almost delivered on that promise, jump starting a few careers in the process. After 2015’s comparatively timid and scaled-back Caracal, the pair recaptured their magic in the past two years, releasing a killer run of singles in 2018 and two projects this year that return to that early abandon. Energy is just that — brimming with the skittering, uproarious house and bass-indebted tunes of their debut, with so many stars on hand to assist. It’s great to hear them lean into the initial thrills after taking a few slight missteps, even if it makes me miss crowded rooms.

Slightly more restrained than our previous entry, Kelly Lee Owens is still a master of pulsating house — focused less on jittery abandon than letting its contours slice through you. She’s a dreamy, spectral vocal presence when she chooses to use it, but a song like “Melt!” — conceived around the ongoing climate apocalypse and destruction of our natural world — can summon just as much feeling through stray whispered words and cascading beats. Inner Song is in full command of its alternating modes.

Man, I have nothing but love for the Boston music hype machine. Bands like Pile and Krill became folk heroes to a vocal, devoted fanbase up there, reverberating throughout music Twitter into a national cult following. After calling it quits five years ago, the trio behind Krill is back with a new member and new project, Knot. It’s just as mathy, jagged, and inspired as their previous two releases, if the band reins it in a tiny bit here. The songwriting’s probes more introspective and elegiac territory, staring down uncertainty and injustice in all directions. Quite the rush.

PHONY — Knock Yourself Out

I feel for artists who write and record an album and then it just...kind of sits there for a few years. Neil Berthier, that artist behind PHONY, has expressed a certain level of distance from his new album that was recorded three years ago and released today. Although he hears some of these tracks as deliberate Pedro the Lion or Alex G homage, Berthier varies the approach enough from track to track for these to come into their own. Even if these were recorded in a period of painful stasis, it’s often profound to hear the moments of clarity and understanding peer through.

Credit my knucklehead reliance on word association, but seeing another fuzzy power pop song called “Heartbeat” can only make me think this record finds the natural midpoint between Cloud Nothings’ dominant modes. Elise Okusami’s project teeters between grunge evangelism, nonstop riffs, and apocalyptic ideation. In other words, an end-of-the-summer record that feels of a piece with the isolation and total collapse of the moment. Things I Never Said is swelling, familiar indie rock that might’ve found a home on either side of the dial two decades ago.