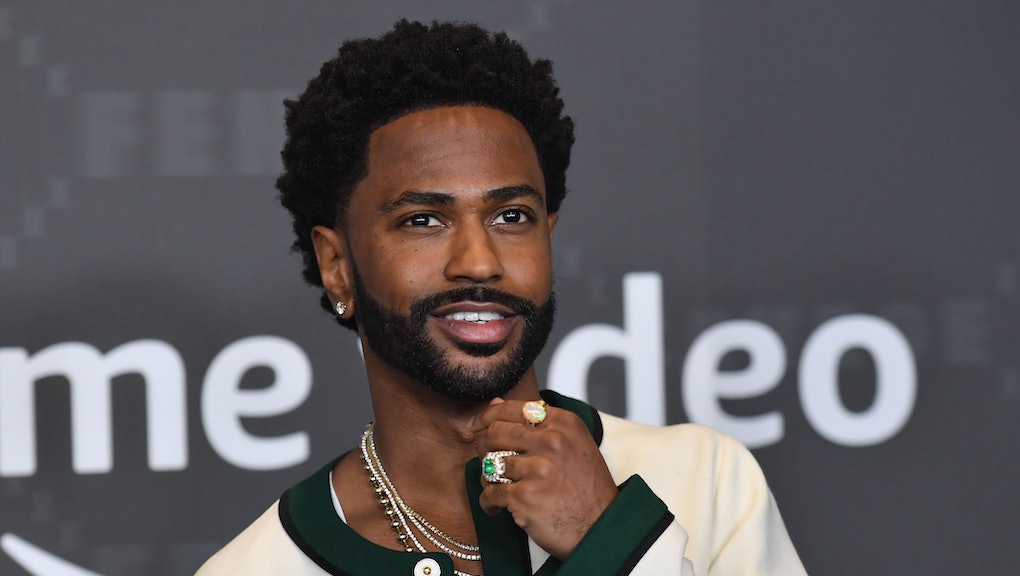 The best albums of the week, from Big Sean, Bill Callahan, and more

Bandcamp day! SZA back! You can’t help but latch onto the only two good things to happen in the past 24 hours. After years of label frustrations, the R&B star returned with the Ty Dolla $ign-featuring “Hit Different,” her first new single as a lead artist since 2017. Messed up, but so good to have her back in the fold with a stunning, self-directed music video. As always on the first Friday of the month, Bandcamp is ceding all of its proceeds to artists and labels. I’ve seen some chatter from industry people about Bandcamp days being a blessing and a curse — in that people just aren’t buying music outside of those 24 hour windows. Nevertheless, a platform showing up to raise millions for artists every month is unequivocally good. As you prep your virtual shopping carts, check out some of the best new albums this week, from Big Sean, Bill Callahan, Barely Civil, and more.

The guy could have easily peaked with “ass quake/ass-state/ass tray,” and that’d be the end of it. But despite every boundlessly corny, cringe-inducing — yet somehow endearing — clunker in his earliest years, Big Sean’s been really trying to reinvent himself. Three years after a pair of records that visibly strained toward maturity and contemplation, Detroit 2 both feels like the least belabored and most adventurous music of his career. He’s always been a better, more elastic stylist than anyone ever gives him credit for, but Sean levels up another step over incredibly varied production — the beat switch on “Lucky Me” is a thrilling head-spinner. All told, it’s a sprawling record, brimming with big guests, hometown reverence, and natural progress.

I’m aware of how silly it is to use an artist or public figure as a mirror for your own wellbeing, but Bill Callahan’s recent domestic bliss just brings it out of me! Over three decades, he’s teetered between wry prickliness in songs and interviews, but now the guy just seems to have settled into boundless, generous wisdom. You can point to last year’s sprawling Shepherd in a Sheepskin Vest as the point when his songs grew more self-reflective, outwardly biographical, and grounded in the present, but I’d go back to the turning point of “Small Plane” on 2013’s Dream River, an immortal love song. The songs of Gold Record have trickled out over the past two months, compounding one-by-one like the last verse of “Too Many Birds,” and it feels like a warm, playful continuation. Whether it’s in character as a wedding limo driver who opens a song with “Hello, I’m Johnny Cash” or something specific to his more idyllic reality, Callahan’s rock-bottom baritone is sanguine and perceptive as ever.

Barely Civil — I’ll Figure This Out

Forgive me for getting a little emotional when confronted with a young emo band that grew up with Harmlessness, and then tried to make their own version of it just five years later, with that band’s Chris Teti behind the boards. The Wisconsin-based act definitely channels The World Is... on this thing, which slots among the most bombastic, dynamic, and lacerating emo I’ve heard this year. So many artists have had to clarify in recent months that the solitary album burrowed into their psyche’s most uncomfortable corners was written before everyone in America was faced with a similar predicament, and I’ll Figure This Out hews to the trend. That it still soars and shreds and carries a virtuosic confidence counts for an enormous bonus.

The way people revulse at hearing the sound of their own voice — that’s me too, but also when someone says my name out loud. Don’t like it one bit! So there’s a strange power to hearing an album so dedicated to reclaiming, celebrating, and deconstructing your birth name and every loose corner of your interior. Lomelda’s Hannah Read has always been a master of hushed intimacy — which is still very much intact here, alongside songs that press and expand against noisier ambitions. Last year’s warm, bite-sized M for Empathy was such an easy place to get lost in, and Hannah is satisfying in a whole new way.

Japanese Breakfast’s Michelle Zauner has been relatively quiet since releasing Soft Sounds from Another Planet in 2017 — save for, well, touring a bunch and writing a memoir after her heartrending New Yorker essay. Now, she’s teamed up with Crying’s Ryan Galloway for a surprise EP recorded as BUMPER. It’s four songs of elastic, bouncy synth pop hooks that play to the strengths of their main projects and brings me into that Mr Twin Sister zone of glistening ‘80s pop revivalism.