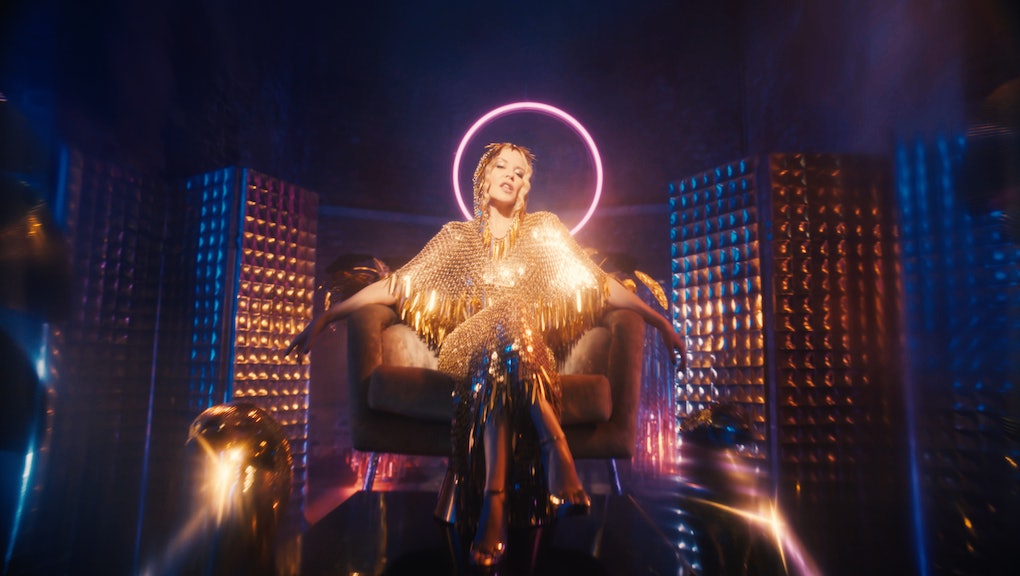 The best albums of the week, from Kylie Minogue, NAV, and more

You’ll never imagine how loudly I gasped early Friday morning when, that’s right, System of a Down released its first new music in 15 years. If not the most substantial development in the past 24 hours, it certainly ranks among the most surprising. Since playing a few one-off U.S. shows — and weathering a share of intra-band turmoil over creative control and support for President Trump — Serj Tankian and the gang are back with two charged-up rippers. Always intensely specific and purposeful, the band says “Protect the Land” and “Genocidal Humanoidz” came from a place of urgency when Azerbaijan launched a violent conflict against the band’s native Armenia.

Hard as it is to expect any new music to crowd out the uh, weeklong presidential election that’s slowly winding down, there’s still a relatively sparse lineup of new albums and a Bandcamp Friday to contend with. Below, you can check out some of the week’s best albums, from Kylie Minogue, Record Setter, NAV, and more.

Some weird associations will stay glued in my mind forever, and Kylie Minogue performing on Good Morning America, with near-definitive election results from Pennsylvania flashing across the bottom of the screen is just the kind of bizarro dispatch to have legs. I don’t know if she really expected to be contending with undetermined results on Friday morning, but it looked like she was vibing on another plane entirely. After stumbling a bit in the 2010s — her last album, the country-tinged Golden, dropped one week after Golden Hour — Minogue’s back to her wheelhouse and leaves nothing up to chance. Much like that performance, Disco taps into the ‘70s and ‘80s dance pop escapist revivalism that so many of her younger peers mastered recently. It’s the kind of fleet, sparkling return-to-form that just sounds easy.

Record Setter — I Owe You Nothing

Wooooo boy, this hits like a ton of bricks right out of the gate. The Denton, Texas outfit, which has been humming away for the past decade, offers a tectonic blend of screamo, post-rock, and melodic hardcore on I Owe You Nothing. Frontperson Judy Mitchell is a commanding presence, exorcising ferocious shrieks and unapologetic missives. This is what it sounds like to leave no vulnerability, corrosive impulse, or outright propulsion on the table. You have moments of piercing melodic resolution, like the wildly underappreciated band Jouska has mastered, surrounded by just world-beating stakes and velocity. Unmissable if you’re into heavy music or any strain of ambitious rock in general.

Soul Glo — Songs to Yeet at the Sun

Another one to blow off some steam with over the weekend, the Philadelphia hardcore outfit’s latest EP is all lacerating, forward momentum. Songs to Yeet at the Sun is a howling supernova of abrasion, and one of the rare outlets for art to meet the racist police state with unrelenting rage and fervor. While much of it’s a soaring blur that shatters hardcore and screamo distinctions, you also get the crackling industrial rap of “2K” with Archangel as a centerpiece. This one’s coming out on Touché Amoré bandleader Jeremy Bolm’s Secret Voice, and feels like they’re tapping into something special.

While most of the rock records featured this week are suited for running through walls and smashing shit, Thunder Dreamer’s Summer Sleeping is more concerned with the unwinding. The Indiana indie rock quartet’s last album, Capture, was shrouded in a gorgeous, heartland haze that could still combust like a forge. Their new five-track EP leans into the band’s easygoing, perceptive tendencies in favor of climactic post-rock builds. Even if these unhurried songs don’t contract and expand quite like the last record, it often approaches those same emotional heights.

Not quite the blue wave anybody hoped for, but maybe the one we deserved? The guy who’s always bristling with reckless spirit on the outskirts of more talented MCs’ records, NAV is maybe, finally approaching something closer to maturity and a sturdy lane for his own work. Emergency Tsunami comes from a looser, less belabored place than this summer’s Good Intentions, leaning on propulsive, five-alarm Wheezy production throughout. At his best on collabs with peers Lil Baby and Gunna, NAV is almost finding his comfort food rhythm and narrowing the missteps just enough.

More like this
Lil Nas X's 'baby registry' proves trolling can be done with heart
By Brandon Yu
The 8 best reality shows you're not watching, but should be
By Brandon Yu
Steve from 'Blue's Clues' gave us the closure we didn't know we needed
By Kara Weisenstein
Stay up to date