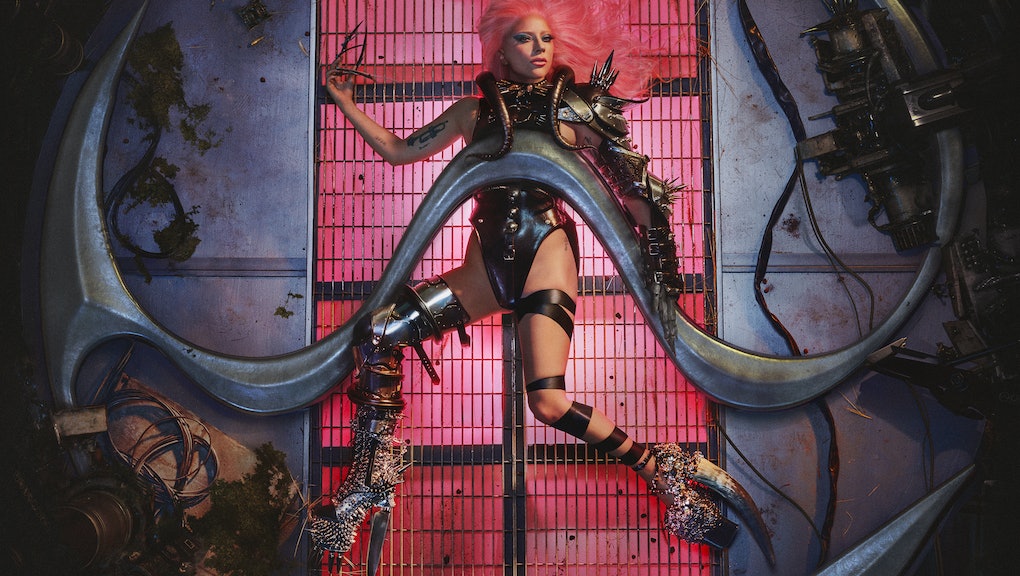 The best albums of the week, from Lady Gaga, Freddie Gibbs, and more

It’s hard to explain the dissonance of rapidly refreshing Twitter around midnight on a Friday, with much of the feed absorbed in footage of a Minneapolis police precinct burning, clashes in Louisville, and, at least to my eyes, a smaller faction rapturously counting down a new Lady Gaga album. Two decidedly different approaches to imagining a better world, if one relies on escapism during what seems like the worst possible time for it. That said, no matter how hard it seems to disengage from efforts to disrupt the unending trauma and violence enacted by police, taking 40 minutes (or 14, in one case) to unplug with one of these albums might just be the healthiest thing you can do today. Besides Chromatica, one of the year’s biggest albums in any genre, this week brings a pair of strong rarity collections, new music from Medhane, and a new record from Freddie Gibbs and Alchemist.

It’s been a long road to Chromatica, Lady Gaga’s highly anticipated sixth album, but what huge album doesn’t come with a bevy of delays and leaks anymore? The follow-up to Joanne and 2018’s A Star Is Born soundtrack fended off singles arriving earlier than planned and the finished product coming nearly two months after its scheduled release date. The fact that it’s coming at all, when so many major releases have flinched to late summer or even further out, is a minor victory. At first glance, it sounds like a hard-fought return to dance pop maximalism for Gaga, lending a more optimistic sheen to the dystopian cyberpunk aesthetic.

The 23-year-old Brooklyn MC Medhane thrives over woozy, disorienting production that tends to collapse time. Paired with his narratives that work through his trauma and upbringing in oblique details, Cold Water reaches the synthesis of what he does best. Along with frequent guests and friends like keiyaA and MIKE, he's found the right like-minded community. "It shows the multitudes behind the experiences of young black people,” he recently told Pitchfork about his network of collaborators. “It’s spread so far, and everyone has their own take on it.”

The Album We Need Right Now is rarely ever that, but new Freddie Gibbs fits the bill about as well as anything else could. The world-weary, grizzled Gary, Indiana MC has been on a stunningly consistent run as of late, with last year’s Madlib collaboration Bandana containing some of his best songs. Alfredo repairs Gibbs with the Alchemist, who found their lane on 2018’s tape with Curren$y, Fetti. Gibbs is essentially dialed into the entire year, rapping about Joe Exotic and The Last Dance on opener “1985,” and raps “Yeah, the revolution is the genocide/ Look, your execution will be televised” two tracks later on “Scottie Beam.” Tyler, the Creator, Rick Ross, Conway the Machine, and Benny the Butcher also lend a hand on Alfredo.

Ten Joyce Manor songs in 14 minutes, you say? After pushing further into larger, melodic power pop on 2018’s Million Dollars to Kill Me, this new rarities collection revives a scrappier version of the band. Culled from recording sessions spanning 2008-2010, many of these tracks will be familiar to any die-hard, frequently popping up in the live set (“Five Beer Plan”) or on the early EPs and albums (“Constant Nothing”) in a different form. A clear schism formed between 2012’s Of All Things I Will Soon Grow Tired and Never Hungover Again, but it’s clear the band isn’t ready to abandon their ragged brevity.

Will Wiesenfeld was one of the 2010s’ most underappreciated experimental pop artists, crafting enormous, skittering songs with minimal tools. His latest release is another leftovers collection that exceeds the sum of its parts and captures all contours of a great songwriter at his absolute peak. Pop Music/False B-Sides II culls from the Obsidian and Romaplasm sessions, capturing the harrowing thematic content of the former with the 2017 record’s glimmering, fantastical maximalism. Get you a man who can do both, etc.

Artists beginning their careers anonymously...don’t see much of that anymore do you? Jade Hairpins appeared much in this way as a mysterious Merge signing way back in 2018 — the same day as Fucked Up’s Dose Your Dreams was released. Now, the new signing was revealed to be an effort of that same band’s Jonah Falco and Mike Haliechuk. It’s scales back Fucked Up’s white-knuckled ambition, finding the jittery midpoint between accessible post-punk and danceable electronic. “Yesterdang” and “(Don’t Break My) Devotion” feel like early highlights.