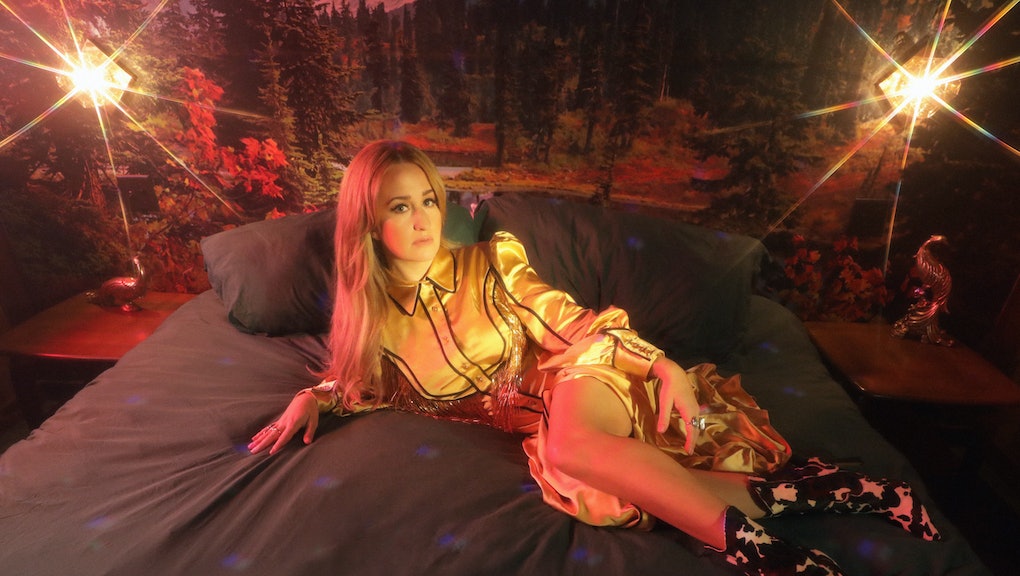 The best albums of the week, from Margo Price, Juice WRLD, and more

What a messy week for music news! Kanye’s presidential campaign of dubious legitimacy surged forward, unloading some policies virulent enough for his pal Elon Musk to reconsider. The darkest part undergirding all of this is the indication that he’s in a dire mental space right now. Playing out alongside this, Lady A, the white country music trio, sued Lady A, the Black blues singer, for refusing to back down in the fight over their name debacle. The original Lady A is holding steadfast, refusing to give up what’s rightly hers. “If you want to be an advocate or an ally, you help those who you’re oppressing,” she says in a great interview with Vulture. “And that might require you to give up something because I am not going to be erased.”

Anyway, take a long look at this astonishing new Tim McGraw album cover / alternate Ad Astra poster to cleanse the mind. This week brings a bounty of new releases, including the long-delayed new album from Margo Price, the first My Morning Jacket album in five years, and a posthumous Juice WRLD collection.

Not that anyone’s had a particularly good 2020, but Margo Price has faced an especially brutal run in the lead-up to That’s How Rumors Get Started. As she tells Vulture, first the tornado in Nashville laid waste to the area where she’d hosted a listening party earlier that night. Then, COVID-19 not only uprooted the entire music industry and her plans for the year, but struck her husband Jeremy Ivey and mentor John Prine, who died from complications of the virus. After tumultuous months in limbo, it’s finally here. Fashioned in the outlaw wing of country (that is, exhibiting politics and candor that clash with an oppressive, largely white and male status quo in the genre,) Price moves further away from its constraints. She told co-producer Sturgill Simpson that she wanted to make a rock album, and it certainly qualifies — at once with buzzsaw guitars, and other songs that lean on the "rumors" part and roll right up to Stevie Nicks' pop sensibilities. Well worth the wait.

The Beths! One of those perfect summer bands that faces the challenge of dropping an album smack into the worst summer in recent memory. Nevermind it, Jump Rope Gazers is a lightning rod of infectious power pop that scatters its moments of midtempo patience. The Australia band’s always been strong peers with Guppy-era Charly Bliss or Ratboys’ more supercharged turn. I suspect the title track and “Don’t Go Away” will be getting lots of play around my neck of the woods this summer.

Julianna Barwick — Healing Is A Miracle

You’ll have to trust me here, but when I say that I fell asleep to Julianna Barwick for the better part of two years, it’s a compliment! Although this might imply a passive listening experience, Barwick’s shapeshifting vocal loops and spacious instrumentals demand attention to fully wash over you. It might be hard to distinguish the differences in process and approach from release to release, since they’ve been uniformly stunners since 2011’s The Magic Place, but Barwick's consistency is a feature. Sprawling centerpiece, “In Light,” featuring Sigur Ros’ Jonsi, is dizzyingly gorgeous and proves that she still has new ways to surprise.

My Morning Jacket — The Waterfall II

Ever have a band that should be 100% in your wheelhouse that just doesn’t quite get there? That’s me and My Morning Jacket, the jammy, day-drinking fuel that’s been an amphitheater staple for the better part of two decades. Their last album, The Waterfall, was their first release of that decade to really scratch the right itch for me. Five years later, they’re back with its sequel, which continues to find some of the rapturous heights as its predecessor. It’s unmistakably a new proper full length, but brings back some loosies from over the years, like 2016’s protest song “Magic Bullet” and “Welcome Home.”

One week after Pop Smoke’s posthumous album comes another posthumous collection from a rapper who barely scratched the surface of his potential. Arriving more than six months after his death, it feels a bit less wrestled away than Pop’s latest release, with minimal features and less overt departures from his past records. The gauzy, often morose cross-section of what comprises SoundCloud or emo rap felt like it reached something of a tragic endpoint last year. Juice WRLD’s Legends Never Die attempts to give it one last go — if largely for the benefit of the exploitative forces that let his career end prematurely.

Whether you think it’s zoomer gibberish or a brilliant collision of every humming corner of the internet, 100 gecs are here to stay. After signing to a major label in Atlantic’s Big Beat imprint, the amorphous duo announced a remix album of last year’s hyperactive 1000 gecs. The new collection is as giddily scatterbrained as its list of collaborators — sprawling from Charli XCX and Rico Nasty to Fall Out Boy — would suggest. But it gestures toward how influential their iconoclastic, taste-defying approach to pop songcraft stands to be, and already is.