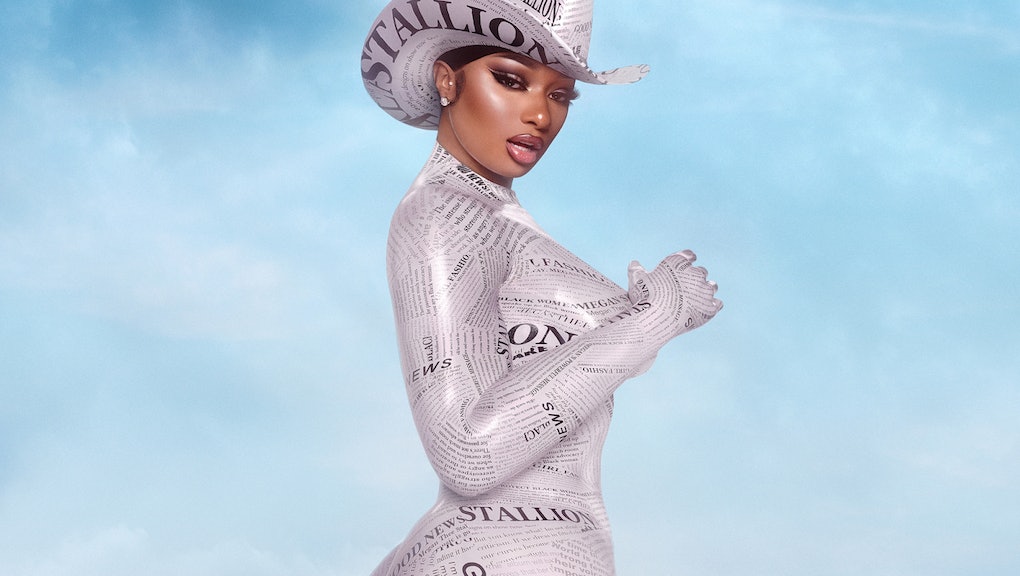 The best albums of the week, from Megan Thee Stallion, Kali Uchis, and more

While I’ve always found the news roundup trope of “here are some good stories to happen this year” to be grating, Megan Thee Stallion’s earned the right to give it a spin. Every week seems to bring some lingering reminder of the violent assault she faced this summer at the hands of Tory Lanez — most recently, that he tried to buy her silence after the shooting. So her first proper full-length album, Good News, comes amid a year that’s been decidedly light on it, both for Meg and a country that’s unsparing in its violence against Black women. One of the last major releases this year, Good News caps off her ascent to superstardom. It’s joined by a number of other releases to round out the best albums this week, including Kali Uchis’ first Spanish language album, a live collection from the War on Drugs, and more.

You certainly don't need to add any qualifiers to it — Megan Thee Stallion is just one of the most skilled rappers working today. Although she’s been betrayed on occasion by her production and weird label hijinks, it’s clear she was saving up some extra might for the proper debut. The highs already feel unmistakably higher than on Fever and Suga. Her “Who Shot YA”-sampling “Shots Fired” inevitably drew much of the early chatter, eviscerating that small gunslinger with panache. “Body” absolutely rides with “WAP” as a remarkable, naughty smash hit par excellence, with some of the sharpest turns of phrase in her career. Seizing on a carousel of guests and production techniques, evangelizing vibrant Southern hip-hop as much as the ‘80s forefathers, Meg seems primed for anything.

Few debut records were as slinky and assured in their genre ambitions as Kali Uchis’ Isolation. Even if her confident blend of jazzy funk and R&B didn’t translate to stateside superstardom, she carved out a space all her own in the pop landscape. After the bite-sized quarantine EP from earlier this year, TO FEEL ALIVE, Uchis returns with her first Spanish-language project. The Colombian-American star typically glides with a light touch, but trades in some sternum-rattling trap production here, like on the Rico Nasty-featuring “Aquí Yo Mando.” She’s as versatile and elastic as ever.

The War on Drugs — Live Drugs

You can probably count them on one hand, but the War on Drugs are among the few indie rock acts to drastically scale up their live show in the past decade. After a pair of promising early records, Adam Granduciel’s band evolved into the kind of live juggernaut after 2014’s Lost in the Dream, gliding onto the second line on festival bills and filling up big outdoor amphitheaters. As their studio mastery leveled up, so did the confidence and scope of Granduciel’s live lineup. Live Drugs is an essential supplement to that transformation — to capture how the sprawling fretwork can linger in the open air, how many extra musicians they wound up bringing on tour, and to see him become an outright frontman. Live albums activate some bittersweet nostalgia right now, but ultimately cast some light at the end of the tunnel.

Emo’s splintered off and reconstructed itself nearly a dozen times over, but no matter how many times a newer band taps into the same soaring peaks of its major label, turn of the millennium heyday, it’s probably going to land for me. ManDancing, a five-piece that’s earned itself a sturdy fanbase in their native New Jersey, gets trailed by Manchester Orchestra comparisons at every turn. But The Good Sweat is every bit of a piece with Jimmy Eat World’s gradual crescendos, bursts of searing intensity, and lockstep rhythm section. It’s a massive, polished step-up that wields its ambition well.

Partner — Never Give Up

Fun band right here! Partner, the Polaris Prize-nominated duo, has never been anything but earnest in their reverence for power-poppy classic rock revival, if wildly irreverent in their lyricism. Their new one is still a ridiculously good time for the rock fan who knows exactly how seriously you should be taking the classics. Never Give Up leaps between the anthemic, AC/DC-grade arena rock, follows its light prog impulses on the Rush-indebted “Good Place to Hide (At the Time,)” and doesn’t really hop off the gas. Relentless shredding, hooks, and self-aware odes to the genre itself rightly feel like an exhale.

Routine — And Other Things

The early days of lockdown bred some unlikely collaborations — Taylor Swift and Aaron Dessner — but also birthed new projects altogether that might not have gotten off the ground under a prolonged touring schedule. Routine, the duo composed of Chastity Belt bassist Annie Truscott and Jay Som’s Melina Duterte, might just fall under the latter. Their debut EP, And Other Things flips the script a bit — Duterte’s stepping back behind the boards to produce and engineer, with her partner Truscott on vocals — and winds up a remarkably beautiful and generous effort for it. Duterte’s handle on dreamy, spectral production techniques remains fully intact over Truscott’s confident vocals and heartland string flourishes. It’s a natural, intimate pairing that brings each of their unsung strengths to the forefront.