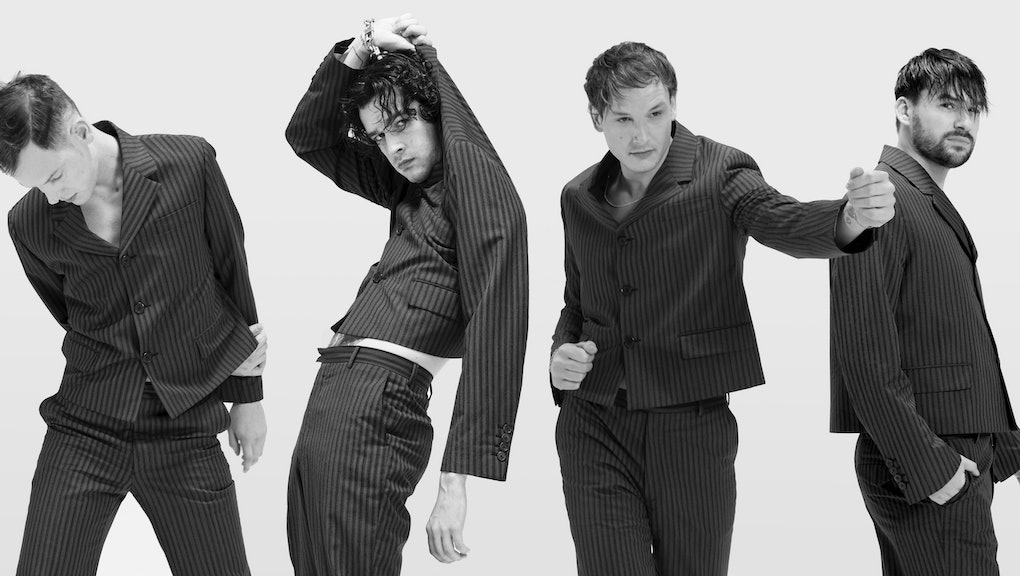 The best albums of the week, from The 1975, Jeff Rosenstock, and more

As if there’s been no shortage of drama to distract us from...everything else, Lana Del Rey swooped in this week to take her share of the attention. In a lengthy notes app-style screed announcing the release of her new album this fall, Lana fired from the hip at her critics and a number of successful, largely women-of-color artists. She’s walked it back a bit, after reminding us that pop stars are often best at music and don’t always mirror the values their fans like to project onto them. At any rate, this week brings great albums from a different verbose pop-rock troublemaker, one of the best artists in punk, another round of Carly Rae Jepsen extras, and more.

An album that’s arriving nearly a year after its intended release date, multiple delays, and eight singles later, Notes on a Conditional Form is undoubtedly the most 1975 record thus far. Much has been made about the shaggy tracklist, with its 22 songs and 80 minute runtime, but the band’s leaning furthest into their quintessential tendencies. These are incredibly well-produced pop-rock songs, spanning from exuberant Britpop (“Me and You Together Song”) to sparse folk arrangements and glitchy instrumental interludes. Not everything lands, and you kind of wouldn’t want it any other way with these guys. I love this band, even if they’re inherently ridiculous and annoying in some of the exact ways their harshest critics might argue. Taste is taste, and the polarizing mid-career double album is eternal.

On the flipside there’s Jeff Rosenstock, who’s now made a habit of surprise releases at the best possible time. The last proper full length we heard from him, POST-, fired a powerful starting gun on the first day of 2018. Earlier this week, he returned with NO DREAM, another absolute slapper of a punk record for channeling well-aimed rage toward modernity’s failures and communal spirit. Since 2016’s WORRY, which felt like a prophetic guiding light in the leadup and aftermath of that year’s election, Rosenstock has become one of the greatest chroniclers of charged-up powerlessness. If “Scram!” and “***BNB” don’t make you get a little misty-eyed thinking about a summer without tours and pits, then we are not the same.

Carly Rae Jepsen — Dedicated Side B

The writing sessions leading up to Carly Rae Jespsen’s Dedicated birthed nearly 200 songs. 200! It’s hard to imagine the challenge in narrowing those down to one album. What if you pick the wrong ones, or leave a few classics on the cutting room floor? Well, for the second time, Jepsen’s not taking any chances and releasing some of the leftovers on a brand new, surprise collection. Dedicated Side B already has a few highlights to rival anything on side A and her best work, including “This Love Isn’t Crazy” and “This Is What They Say.” Infectious, exuberant feelings-first pop per usual.

The veteran psych-folk band Woods is coming off a remarkably difficult year. After Jeremy Earl and Jarvis Taveniere were recruited out-of-the-blue to record David Berman’s comeback album as Purple Mountains, Taveniere was preparing to tour those songs with Berman. Four days into rehearsal, he came back from a tour shopping trip to discover that the legendary songwriter and poet had died by suicide. The band details their grief and how it led them to finish Strange to Explain in a great new interview with the New York Times. Their new album was written and recorded before Berman’s death, so there aren’t any direct references to last year’s events, but it can color the way you hear these lush, understated songs.

Are you really not gonna listen to an album with a cover like this and an acronym like this? (It’s really good.)