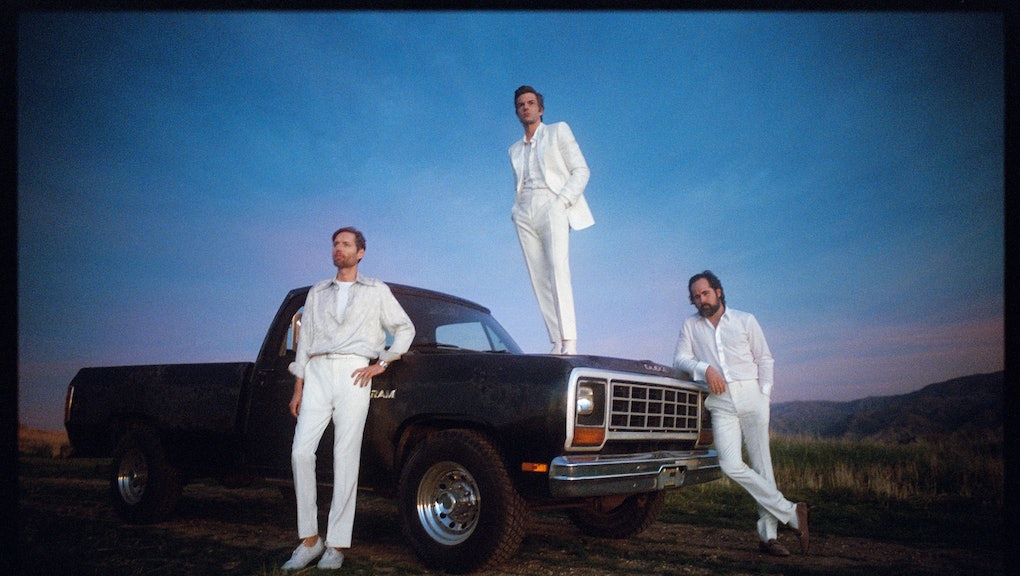 The best albums of the week, from The Killers, Bright Eyes, and more

Maybe it’s the wealth of charged-up, anthemic rock records out this week or just settling into month five away from civilization as we knew it, but I’ve been missing shows more than usual lately. Of course they’re still happening in some form, whether it’s maskless indoor shows, gated-off distanced outdoor concerts in Europe, or Lil Yachty’s strange drive-in reprieve in Chicago. There’s never been any delusions about society continuing on in the face of grave public health risks, so hopefully some form of safe live outdoor music consumption is headed my city’s way soon. We have a fairly deep slate to round out the best albums this week, including new releases from The Killers, Bully, Bright Eyes, and more.

The Killers — Imploding the Mirage

I’ll be honest, sometimes you just kind of slip away from a band for decades at a time. Probably haven’t listened to an entire album from The Killers since 2008’s Day and Age? It’s always hard to gauge enthusiasm for a new record from a legacy-ish band like them, since the lifers will always file in lockstep and a majority of people I know anecdotally somehow still regard them as a few-hit wonder from the Aughts. Well, woo boy, this new one is kind of incredible? I’m completely disinterested in the divisions between indie as a genre and indie as a catchall marketing term, but for lack of a better word, this is some of the more thrilling, anthemic indie rock I’ve heard this year. With help from War on Drugs and Kacey Musgraves producer Shawn Everett, Adam Granduciel, Weyes Blood, k.d. lang, Lucius, and more, it’s the rare committee-based big budget rock record that doesn’t crowd out the band’s strengths (eminent charisma, big, rafter-reaching nonsense in the choruses.) Arcade Fire should take notes.

Ah, this is the stuff right here. Alicia Bognanno’s blood-curdling howl is the exact thing you’d want to see in a sweaty club over the weekend, but her first record in three years will have to do for now. The genius of SUGAREGG’s cover art is you’re not quite sure if that hand’s rushing to soothe a burn or running under scalding hot water just to feel something. Bognanno’s described a period of upheaval leading up to the record, candidly opening up about her bipolar 2 treatment and centering the project in more personal terrain. Although it’s her first time recruiting an outside producer in John Congleton, Bognanno is just as searing and melodically adventurous as ever.

Bright Eyes — Down in the Weeds, Where the World Once Was

There’s been enough chatter today, to the tune of a trending topic, that Bright Eyes and The Killers releasing new albums have millennials in their feelings with 2000s nostalgia. What year is it again?? Anyway, it’s nonsense, because this phenomenon — an aging rock band releasing a polished return-to-form that grapples with middle-aged concerns and their place in the industry — is much more rooted in 2017, when LCD Soundsystem, Grizzly Bear, and Broken Social Scene attempted the same. At first glance, this isn’t a huge departure thematically from Conor Oberst’s solo offerings over the past decade — in terms of doomsday forecasting and excavating painful recent turmoil — but it sure is thrilling to hear him widen his scope to more bombastic impulses.

A live-wire buzz band that never quite rode the wave to indie rock legacy status like their peers, Secret Machines have spent a devastating period away from the spotlight. In the 10 years since their last album, guitarist Benjamin Curtis died following a battle with lymphoma, leaving at least two albums of unfinished thoughts on the table. Now, his brother Brandon, and Josh Garza return with a collection of still-propulsive, streamlined indie rock that attempts to clarify their grief. It's not quite as knotty as the shambling, digressive runtimes of their sensational debut, but hits nearly as hard.