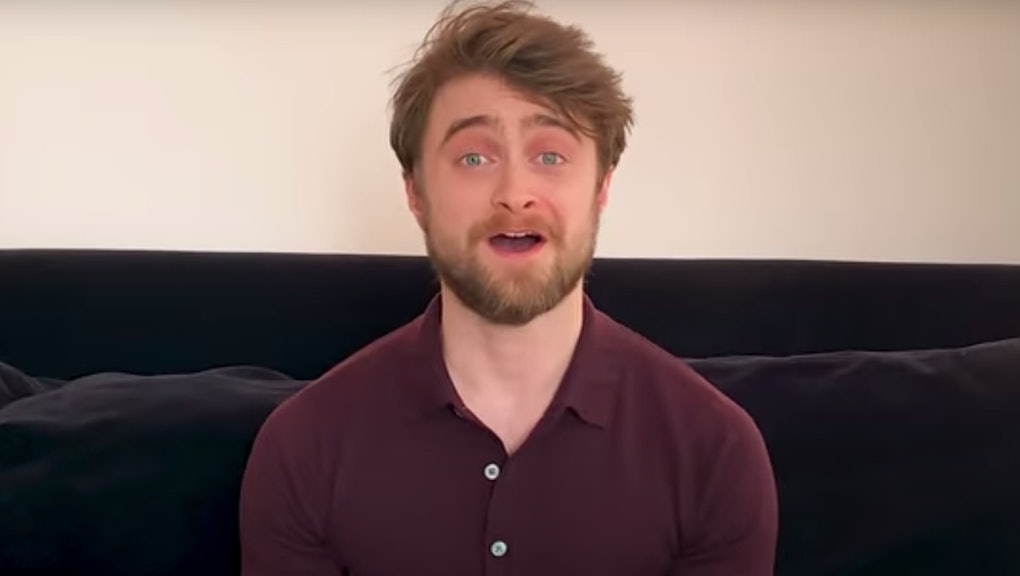 Not many people are heading out to libraries during the pandemic, so the Wizarding World (J.K Rowling's brand behind the Harry Potter universe) has decided to bring the Harry Potter books to folks in their homes. Today, the company introduced the next phase of its 'Harry Potter at Home' campaign: A weekly reading of the first book, Harry Potter and the Sorcerer's Stone, by celebrities such as Daniel Radcliffe, Stephen Fry, David Beckham, and Dakota Fanning. Each celeb will read a chapter from the book with Harry Potter himself, Daniel Radcliffe, kicking things off.

Fans are, unsurprisingly, pretty excited about the whole thing.

A video of Radcliffe's reading of the first chapter is already up on the Wizarding World's website. It's nearly 26 minutes of the beginning of a magical adventure that starts with an ordinary, no-nonsense family called the Dursleys. Fan art depicting various scenes from the chapter are also featured in the video; the Wizarding World invites viewers to continue sending art to their Twitter account, which they will add to future chapters.

The audio of Radcliffe's reading is available for free on Spotify or Spotify Kids. According to the company, all 17 chapters will eventually be available for everyone. For folks who don't have Spotify, there is a free, 9.5 hour, audiobook stream of Sorcerer's Stone on Audible.

Fans who want to keep track of the next releases can check out the Harry Potter at Home hub or join the Harry Potter Fan Club to get notifications by email. The site promises more supplementary materials for parents and teachers stuck at home and "very special surprise cameos" for the rest of the book. Fingers crossed to see if Emma Watson or Rupert Grint will pop in for a chapter or two.