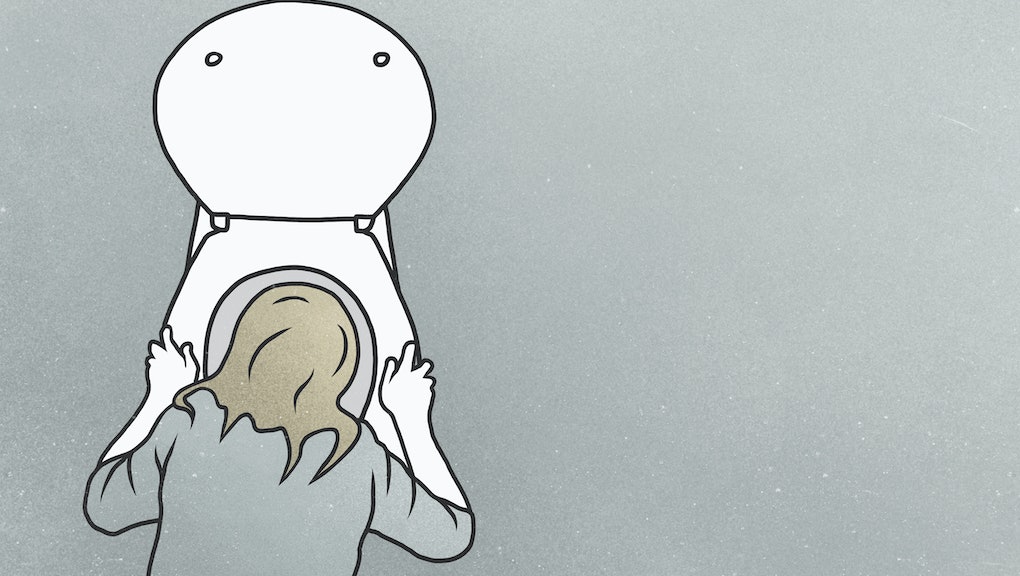 The best hangover remedies, according to doctors

You’re at happy hour with your friends, and although you know you’ll regret it, you do it anyway: You overindulge. “Just one more round” turns into two, then three. The next morning, you wake up with a throbbing headache, a queasy stomach, and a mouth as hot and dry as a furnace. And you have to go to work, so this isn't one of those scenarios where you can nurse your nausea with ginger ale, cheeseburgers, and Netflix all day. You need a hangover remedy that will minimize your losses, quick.

The problem is, even though humans have been over-imbibing for millennia, “we still don’t know exactly what causes a hangover,” making it hard to know how to treat one, says Stephen Thornton, medical director for the University of Kansas Health System Poison Control Center.

What we do know is that a hangover involves dehydration, changes in hormone levels, inflammation, blood pressure, and other body functions, resulting in symptoms such as headache, fatigue, nausea, and anxiety, Timothy Fong, a physician who sees patients at the UCLA Addiction Medicine Clinic, tells Mic. “Everyone experiences them a little differently.” The number of drinks it takes to get a hangover also varies from person to person. Some (lucky) people don’t get hangovers at all.

Although hangover symptoms usually feel especially shitty the morning after a night of heavy drinking, Fong notes that they can appear immediately afterward, and last one to two days. In contrast, alcohol withdrawal often starts two days after a prolonged period (days or weeks) of heavy drinking. (If your hangover doesn’t lift in about two days, seek medical help, since you be may be experiencing alcohol withdrawal, which can be life-threatening.)

While there’s still a lot we don’t know about hangovers, and we don’t yet have a cure, a few remedies do seem to alleviate certain symptoms, Fong says. Trying them the next time you’re hungover should make you feel a little less terrible.

Alcohol can cause your body to lose water through vomiting and frequent urination, which can explain why your head hurts, or your heart won’t stop racing, says Petros Levounis, a chair and professor at Rutgers New Jersey Medical School department of psychiatry who’s written and lectured on addiction. To rehydrate and ease these symptoms, fill up on water, or, better yet, drinks that contain sugar and electrolytes, since they more closely mimic the composition of the fluids in your body. But if these aren’t readily available, “you should absolutely drink water,” Levounis says.

A night of heavy drinking “is really hard on the body,” Fong says. “If you drink more than your body is used to handling, it’s going to work on overdrive to metabolize the alcohol.” This, in turn, can result in changes in proteins responsible for inflammation and stress. On top of that, your muscles might ache from walking in heels or dancing all night, or you might be mentally exhausted from having to interact with so many people.

In that sense, a hangover is a little like the soreness you feel after going hard at the gym. It’s “basically physical and psychological soreness,” Fong says. “The best way to reduce that is sleep,” which restores all normal body functioning. If sleeping isn’t an option, or you can’t sleep, unplug, turn off the lights, and chill in bed. “Just really, really take it easy,” Levounis says.

Nonsteroidal anti-inflammatory drugs like aspirin or Motrin can quell the inflammation that heavy drinking can trigger, and underlies symptoms like headache and fatigue.

Alcohol can also cause your stomach to become inflamed. If you have an upset stomach, heartburn medication, like Pepcid, “helps cool [it] down,” Fong says.

While booze can make you feel full, it doesn’t have the vitamins or other nutrients found in actual food. Yet most people don’t eat enough before they drink, and hard partying can use up what little nutrients they did consume. “Your body is really depleted of vitamins and minerals really quickly, and you need to get them back,” Fong says. Eat a nutritious meal or smoothie that’s gentle on your stomach (not spicy or greasy) Some studies also suggest vitamin B6 could help soothe hangover symptoms, Fong notes.

Don’t try to cure yourself with more alcohol

Hair of the dog, or drinking alcohol to rid yourself of a hangover, may bring temporary relief —but will ultimately leave you with a bigger, longer-lasting hangover, Levounis says.

Although an oft-recommended remedy, coffee “will probably make things a little worse,” Levounis says. Like alcohol, caffeine is a diuretic, which means it makes you pee more, i.e., lose more water. When you’re dehydrated after a night of drinking, that’s the last thing you want.

It’s pretty much a myth that a heavy meal will cure a hangover; in fact, it could make you feel even more nauseated, Levounis says. He suggests a thin soup (think miso or chicken soup), which will be easier on your stomach and can help with rehydration.

The stress of hustling through a busy day while hungover could worsen your symptoms, Fong says. Take the day off if you can, or at least list what tasks you need to accomplish, which may make you feel less overwhelmed. Deep breathing, meditation, and yoga can also help you relax, according to the Mayo Clinic.

The best-case scenario would be to not overindulge in the first place, but you’re human, and it may be unreasonable to expect yourself to never slip up. Try viewing a hangover as your body warning you to take better care of it, Fong says, not to swear off drinking for good. Basically, your body is saying, “For whatever reason, when alcohol and your body interact in the right circumstances, it creates this state that’s really difficult to deal with.”

This article was originally published on Jan. 26, 2020