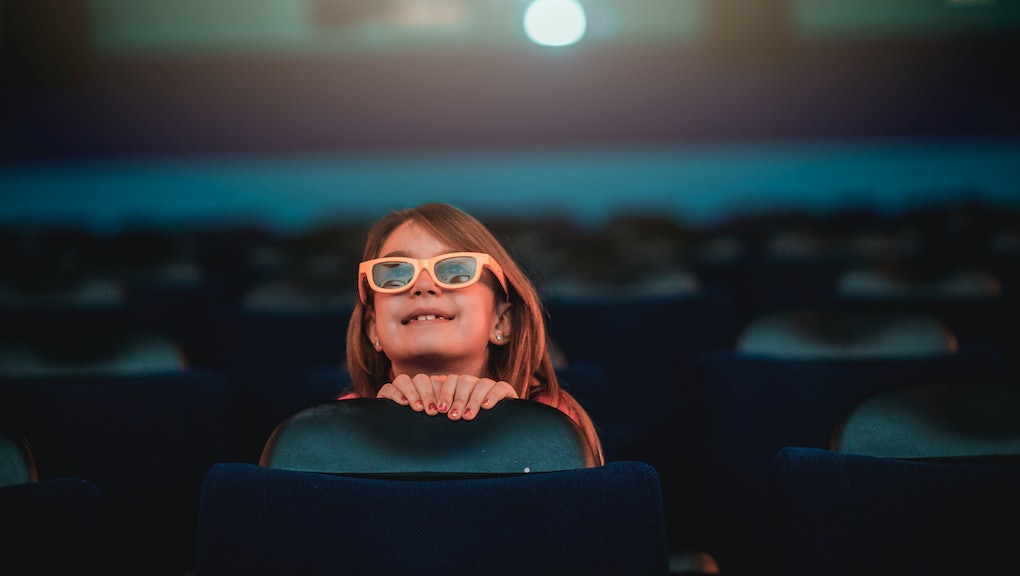 The best movies to stream for free without a subscription

Open up Roku or any other streaming hub, and you’ll have some familiar faces up at the top. Netflix, Hulu, Amazon Prime, Disney Plus: these are definitely real services that you might subscribe to, or at the very least have encountered before. Scroll a bit further down, and suddenly it’s wading into a mysterious realm of services that came pre-loaded onto your device. Tubi, Pluto TV, Vudu...who?

The good news is that many of these who-ier platforms are completely free to sign up for and browse, with thousands of films that are free to stream with ads. I’d be lying if I said these didn’t feature the complete and utter depths of the bargain bin, movies that either went straight to home video or left little impression in theaters. But amid the 5,000 free movies available on Vudu, there are countless gems waiting to be watched; I’m already keeping a list from that app to catch up on soon, like Melancholia, The Love Witch, and The New World.

I tested out Vudu over the weekend with a Zoom-watch of Christopher Guest’s For Your Consideration with some friends. It turned out to be a less than ideal platform for that sort of social watch, since your ads won’t always sync up, but if it’s what you have, it works. Also be warned: the ads come without warning, and sometimes mid-sentence — so the rewind button gets its work. Here’s a guide to some of the best films you can stream, with no strings attached or free trial required.

It’s incredibly hard to make a movie about kindness that isn’t cloying or didactic, and Paul King’s wholesome movie finds that sweet spot. Paddington is almost hard to believe in how well it walks the tightrope between family film, fish out of water, and a dose of Wes Anderson quirk. It’s proof that Sally Hawkins can’t turn down a movie with a flooding bathroom, Nicole Kidman makes a great villain, and that live action kids movies can still employ sharp visual gags.

I recently went to the mat for Sam Raimi’s first outing, so won’t get too into things there: it’s a masterpiece, and the very best that superhero movies have to offer.

Should anyone dare to insult Nicolas Cage in your presence, make them watch Bad Lieutenant: Port of Call New Orleans. The logical endpoint of that viral freakout video on YouTube that skeptics cite as a reason he’s a bad actor, when it in fact is very good, Bad Lieutenant pushes him into the supernova. Werner Herzog tapped into the strangest, most gonzo side of Cage here in an unforgettable weirdo crime drama.

Although one of Martin Scorsese’s finest is currently streaming over on Criterion Channel with the LaserDisc commentary, you can access it for free (with commercials) right on Vudu. Robert DeNiro set off the body transformation wars with his turn as Jake LaMotta, but the movie stands alone as one of the most bruising, misanthropic true-life sports tales put to film. Few figures this monstrous and unforgivable had been portrayed in boxing movies up to this point — a far cry from Rocky’s rousing yarn a few years prior.

The first of Richard Linklater’s amazing run of four in the 2010s, Bernie is one of the strangest and singular films he’s ever made. It follows the true story of how the title character murdered his 80-year-old millionaire companion (Shirley MacLaine) through a darkly comic lens, and zooms in on the townspeople observing it all through pseudo-documentary asides. It’s here that Jack Black dispels any notions that he’s only ever just playing Jack Black.

Hulu recently added a number of Bong Joon-ho’s pre-Parasite films along with the best picture winner, but The Host is sitting right there on YouTube. Parasite star Song Kang-ho headlines this classic monster thriller that follows a man trying to track down his missing daughter. Although this is still a few steps removed from how Bong would come to bend genre into something unrecognizable, The Host is still a singular stab at monster pastiche.

Yorgos Lanthimos may never get this demented again. Established now as one of the most consistent left-of-center filmmakers piercing into the mainstream, Dogtooth was his defining early effort. Centering on a family that keeps their children cloistered off from society and more or less under quarantine well into adulthood, it’s the most biting exploration of helicopter parenting I’ve ever seen. Much like his later works, it’s clear that something is off in the world these characters inhabit, but it’s never communicated clearly.

Right before migrating to true blockbuster fare, James Wan delivered one of the best big studio horror films of the decade. The Conjuring doesn’t work with unfamiliar tools, employing the same level of jump scares and tracking shots common to the genre. But Wan mastered the camera’s glide through the hallways, peering just over the shoulder. It’s a shame this became stretched out into a dubious cinematic universe of sorts, but the original’s still worthy.

While Arnold Schwarzenegger’s primary utility right now is posting adorable videos of his pet donkey — that’s somehow allowed to roam the house! — allow him to ease our current dystopia with one of his own. Total Recall, one of the most expensive films ever made at the time of its release in 1990, also stands as one of the most playful sci-fi flicks of the era. Paul Verhoeven, a master of distorting reality, wields his satire sharp as ever.

Before Brad Bird mastered superhero animation with The Incredibles, he tried his hand at some hand-drawn Spielbergian wonder. The Iron Giant stands the test of time, with simple, smooth animation and a healthy dose of skepticism toward the military industrial complex right before we really ramped up the warfare. Vin Diesel, ever reliable as a barely unintelligible voice actor, totally usurped Groot with this.

More like this
Steve from 'Blue's Clues' gave us the closure we didn't know we needed
By Kara Weisenstein
Alanis Morissette is really not happy with the 'Jagged' documentary
By Kara Weisenstein
The unmatched power of Michael K. Williams
By Bonsu Thompson
Stay up to date