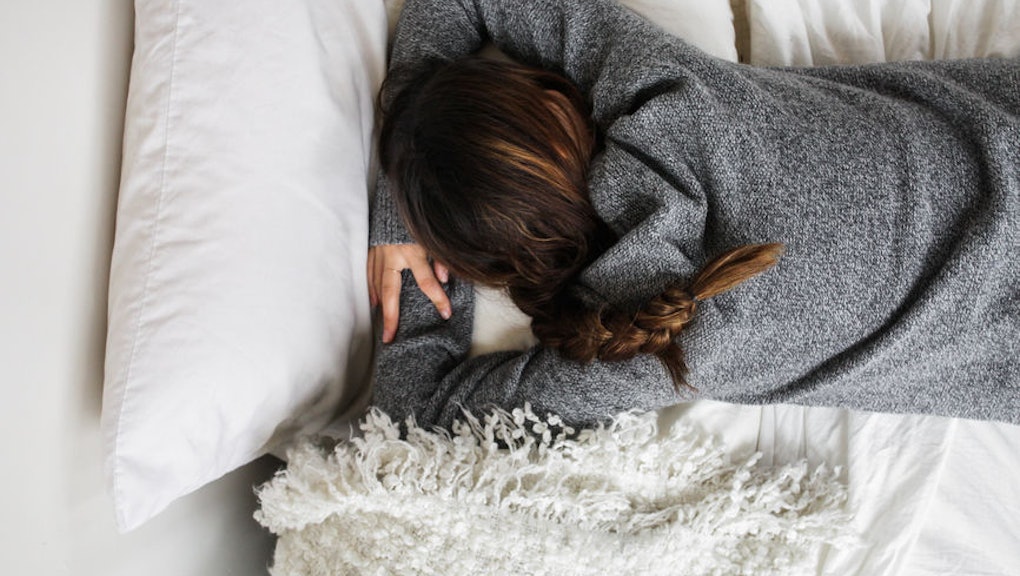 The best nap length for waking up energized

Plenty of people in my life swear by regular naps to help them recharge. My 63-year-old mother has taken a 20-minute nap every afternoon at 2:00 since she was a little girl, and my partner pretty much always passes out for at least an hour after his big weekend bike rides. I, on the other hand, struggle to relax long enough to nap, and on the rare occasion that I do doze off, I wake up groggy and useless — the opposite of refreshed. I wondered about the best nap length, the anatomy of the “perfect” nap, and how one achieves this elusive state.

But first: Why nap at all? It turns out that napping may have wide-reaching mental and physical benefits. Research suggests napping can boost your mood, as well as enhance learning and memory. In a study published in September, a daytime snooze once or twice week was associated with a 48% percent lower risk of cardiovascular disease events, such as heart attack or stroke. Here’s how to nap so that you wake up refreshed and ready to take on the rest of your day.

“If your schedule allows and you’re feeling a serious energy drain, it’s great to take a quick 20-minute nap,” says Conor Heneghan, lead sleep research scientist at Fitbit who recently facilitated a clinical trial to validate the company’s sleep apnea alert software. “Doing so can help improve alertness and performance while lowering your stress levels.” Twenty minutes into a nap, you’re still in a light, non-REM stage of sleep, from which it’s relatively easy to rouse yourself, according to the National Sleep Foundation (NSF).

Nap any longer, and you’ll sink into deep sleep, when your brain waves slow down, and your body doesn't respond as readily to external stimuli. Waking up during deep sleep is not only a struggle, it can lead to a state of drowsiness and disorientation known as sleep inertia. (That explains my own post-nap grogginess; when I do manage to fall asleep, I’m dead to the world for an hour, sometimes more.) Although sleep inertia often lasts for only a few minutes to a half-hour, it can last longer if you’re sleep deprived or wake up from an especially long nap, per the NSF.

Heneghan suggests napping for no longer than 45 minutes, not only to avoid sleep inertia, but also to make it easier for you to fall asleep at your normal bedtime, so you don’t mess up your sleep schedule.

Take advantage of the post-lunch slump

Generally speaking, the ideal time to nap is the after you’ve eaten lunch, when your blood sugar and energy levels naturally take a nosedive, Heneghan tells Mic. At that point, “your body enters a state of mid-day drowsiness.” Bonus tip: If you have time, taking a short walk after lunch and before you nap could benefit your metabolism, Heneghan says.

You get that afternoon is ideal for naptime, but when in the afternoon should you nap? If you’re an early riser — someone who wakes up at 5:00 a.m. or so — Heneghan suggests napping earlier in the afternoon to avoid throwing off your sleep schedule. If you sleep and awaken later, though, save your nap for mid-afternoon. Don’t put it off for too long, though. Settling into a nap after 3:00 p.m. could affect your nighttime slumber, according to the Mayo Clinic.

“Darkness is essential for the body to wind down,” Heneghan says. Dim the lights, and shut down your devices to keep your bed strictly a “sleep zone.” Turn on a fan, or turn down the thermostat slightly. A temperature of around 65 degrees Fahrenheit promotes sleep, Michael Breus, a clinical sleep psychologist in Los Angeles, told the New York Times.

Ease into the rest of your day

Be gentle with yourself, and allow yourself time to awaken before diving back into your day, especially if it includes tasks that require quick response times, the Mayo Clinic recommends.

The Mayo Clinic also notes that napping may not be for everyone. Some people can’t sleep anywhere other than their own beds (making it hard to sneak in a nap if you’re in school or have an office job, for example), while others have trouble sleeping during the day. I wonder if I fall into this category, but before writing off napping completely, I’ll try some of these tips and hopefully find true rest and rejuvenation, not just the quick buzz of a caffeine high.

This article was originally published on Oct. 3, 2019

More like this
How scientists detect COVID-19 variants before they wreak havoc
By Darwin Bandoy and Bart C. Weimer
Remember the vaping crisis? Well, it hasn't gone anywhere
By Melissa Pandika
Could COVID-19 lead to erectile dysfunction?
By Melissa Pandika
Stay up to date