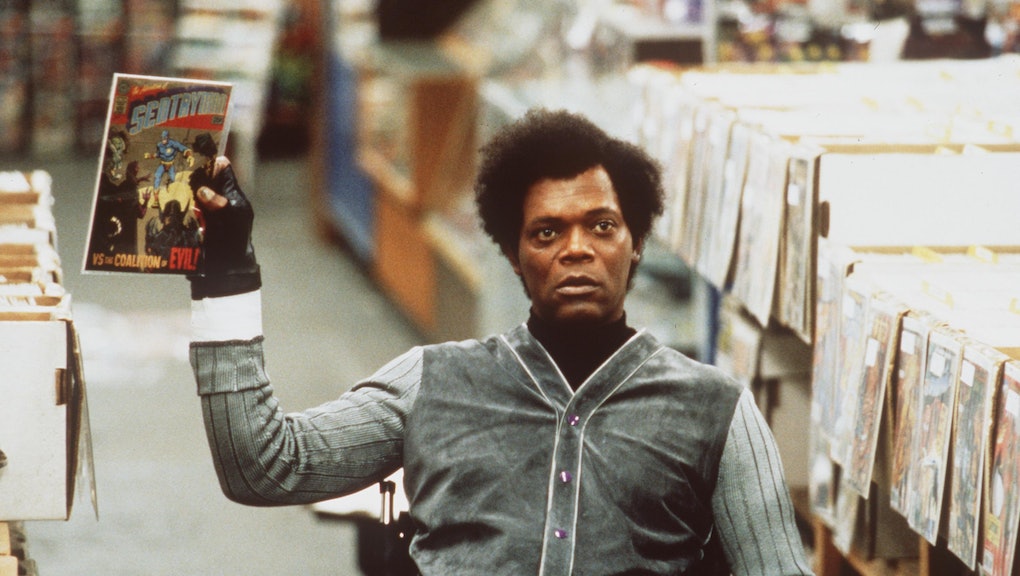 The best superhero movies that aren't from Marvel or DC

It’s now been over a year since the release of a new Marvel movie, the longest gap for the studio in a decade. DC’s break has been shorter, with Birds of Prey sneaking in earlier this year before the pandemic, but its prolific recent pace has slowed indefinitely. Although this is unquestionably refreshing to see, after so many years of moviegoing habits dictated by their success, it’s hard to imagine this becoming the norm.

That said, this summer without movie theaters has allowed for some outliers to become de facto blockbusters. You have the revived success of old films at the drive-in, like Jurassic Park and Jaws, right alongside straight-to-streaming or on-demand titles becoming hits. In the absence of huge franchise fare, we’re getting some unconventional, comparatively smaller-scale genre films. After Netflix’s covert-ops superhero flick The Old Guard, this week brings us Project Power, starring Jamie Foxx and Joseph Gordon-Levitt as guys who take pills and gain superpowers for five minutes at a time. With this in mind, there’s no better time to revisit some of the best superhero movies that aren’t from Marvel or DC.

An unlikely franchise starter, with 16 years separating its debut from surprise sequel Split, M. Night Shyamalan’s follow-up to The Sixth Sense is nearly its equal. Shyamalan was still a master of intimate, restrained dramas that gestured toward larger genre ambitions at this point. Bruce Willis stars as David Dunn, a guy who realizes he just can’t sustain injuries or feel pain, after surviving a train accident that would finish off any mere mortal. Relatable? As David slowly grasps the extent of his powers, and the nefarious underpinnings of Samuel L. Jackson’s Elijah, Shyamalan delivered a superhero origin far more grounded in reality and the psychological strain of carrying such weighty power.

Upon its release in 1991, this would-be Indiana Jones clone that had more in common with swashbuckling ‘80s Spielberg than any of the Tim Burton Batman adaptations that primed the pump for superhero films, this truly was an exception. Stunt pilot Cliff Secord (Billy Campbell, in his only lead film role) comes across a high-powered jet pack, which lands him squarely in the crosshairs of the Nazis, Howard Hughes, and the FBI. Wild stuff! Without a mask and costume, this could’ve been an old school serial homage, but Disney positioned this as a potential franchise that fizzled out after a weak box office showing.

Perhaps a little unfairly maligned at the time, Hancock offered a loose, fun superhero film that arrived at the nascent stage of Marvel’s chokehold on the film industry. Will Smith was still at the height of his box office draw in a leading role, able to charm in that movie star magnetism that would be washed away by a decade’s worth of well THAT just happened quips. It’s far more grounded in reality — factoring in the city destruction that would plague future DC and Marvel adaptations — by sending the alcoholic hero on a PR rehabilitation campaign to win back the city. Every superhero’s a screw-up to some degree, so why not lean into the more human element of it?

Not quite a case of Mandela Effect, but for however inseparable Smash Mouth’s “All Star” is Shrek (and, well, thousands of bikers in South Dakota,) it was a Mystery Men song first! This superhero spoof can be credited with many things — predicting the crass commercialization of the genre, a great soundtrack, a farting hero — but was ultimately the last breath for fun send-up movies that weren’t pummeling you over the head with specificity. Director Kinka Usher’s only feature film, this was certainly of its time but gestured at what else was to come.

The other Aughts Disney superhero movie to gently position itself against the looming Marvel empire, Sky High has always been a little underappreciated. With its bright, utopian aesthetics — superheroes aren’t outcasts, can go to school, and have built generation’s of public goodwill — it was maybe a hard sell to blend the genre with family friendly teen comedy. In retrospect, this quaint scale is super refreshing, and forever remains the best superhero movie Kurt Russell ever appeared in.

Don’t get me started on Deadpool, in all its cutesy, blunt force self-awareness, but Kick-Ass is probably my limit for this stuff. Irreverent enough to give Nicolas Cage his best comedy role in nearly a decade and launch the career of Chloe Grace Moretz as the foul-mouthed Hit-Girl, but still reverent enough to have action sequences with some intention behind them. It was retrograde in myriad ways upon release — one homophobic subplot in particular comes to mind — but Matthew Vaughn keeps the grimy cynicism potent enough to cut through its contemporaries.

No, not that Hellboy movie. Ignoring the extremely ill-fated reboot attempt starring David Harbour last year, Guillermo del Toro’s initial crack at the franchise was an imaginative spin on superhero fantasy. Early aughts superhero movies just couldn’t get enough of World War II cold opens, with the Nazis opening a portal to unleash Hellboy on the world. (Luckily, they clumsily leave him behind for the Allies.) Ron Perlman’s just the best in this and Hellboy II: The Golden Army, as one of the few superhero performances that now feel inextricable from its character.