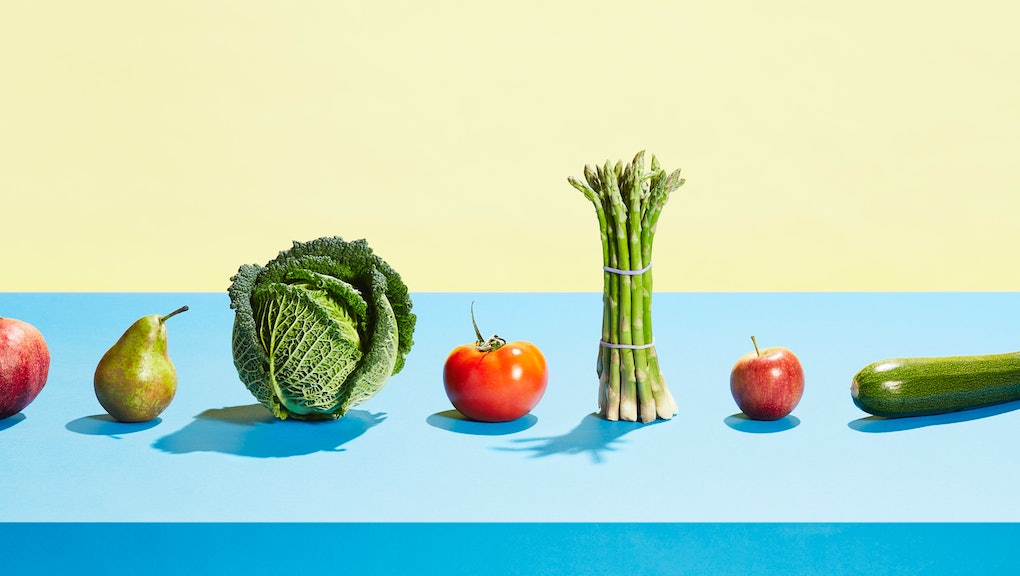 The best and worst diets of 2020, according to science

Thinking of making over your eating habits in the new year? U.S. News and World Report just released its best and worst diet rankings for 2020, making the process of choosing the right diet for you a little easier. Out of 35 diets, the Mediterranean diet ranked number one for the third year straight, with other evidence-based diets trailing not far behind. Meanwhile, the trendy keto diet, beloved by many a fitspo influencer, came in second-to-last place, CNN reports.

A panel of 25 experts in nutrition, food psychology, and related disciplines consulted peer-reviewed studies and other resources to score 35 diets in several categories, including easiness to follow, nutritional completeness, and potential to yield short- and long-term weight loss, according to U.S. News and World Report.

"It's no surprise that the Mediterranean diet remains the No. 1 best diet overall," nutritionist Lisa Drayer told CNN. "It's easy to follow and offers a healthy eating lifestyle. "

The Mediterranean diet emphasizes fruits and vegetables, whole grains, beans, and legumes. Seafood is the main protein source, while olive oil is the main fat source, per U.S. News and World Report. Red meat is allowed, but only sparingly, and red wine in moderation if you already consume alcohol. A number of studies have associated it with reduced risk of high blood pressure, diabetes, dementia, and breast cancer, as well as a longer lifespan, according to CNN.

Other science-backed diets also ranked high in the best diet overall list, as they have for several years running. The DASH diet and flexitarian diet tied for second, while the WW (Weight Watchers) diet came in fourth, and the MIND diet came in fifth.

The WW diet assigns points to food products based on their nutritional value, per U.S. News and World Report. Panelists praised its emphasis on the in-person, online, and phone support followers receive. The MIND diet focuses on foods from the Mediterranean and DASH diets that affect brain health, and studies show it can lower Alzheimer’s disease risk.

The keto diet came in second-to-last place, beating out the Dukan diet. Both severely restrict carbohydrates to induce ketosis, when the body switches from burning carbs to burning fat.

Keto limits carbs to an extremely low 20 grams a day, which can cause dizziness, fatigue, and other side effects, Drayer told CNN. It swaps out carbs for protein, fats, and dairy. These foods are often high in saturated fat, which can increase the likelihood of heart disease and weight gain. Drayer noted that keto could help “jump start” weight loss, however.

Indeed, despite its poor ranking in the best diet overall list, keto tied for third in the fastest weight loss diets, which makes sense. Diets that promise fast weight loss usually cut out entire food groups — like carbs, in the case of keto — which is not only hard to maintain, but just plain unhealthy. Plus, when you go off the diet, the pounds creep upward, and you may even end up weighing more than you did initially. If you’re looking for a diet you’ll actually follow long-term, it’s best to stick to the slow, unsexy, yet evidence-based classics.