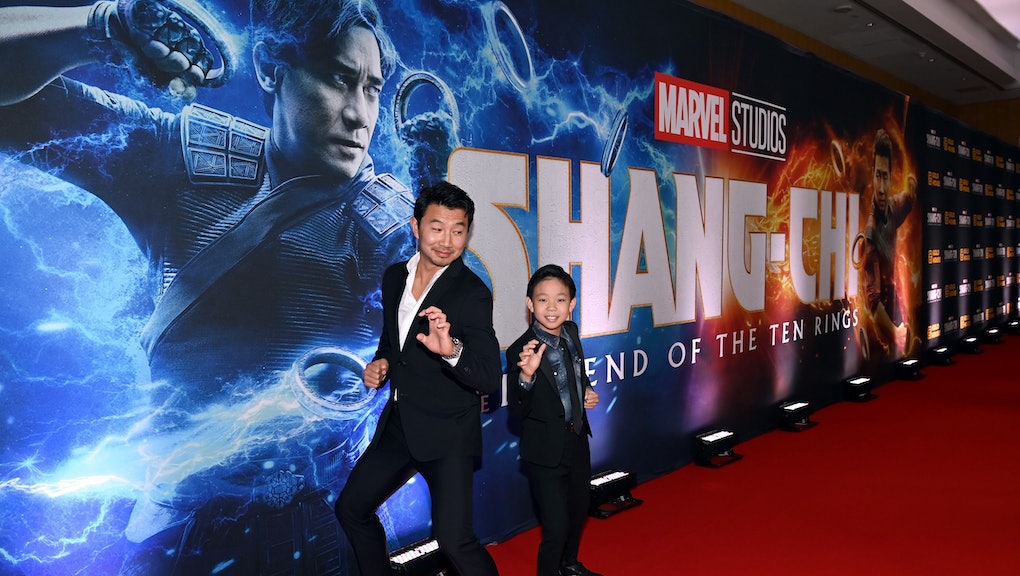 Coming out of the long weekend, the news looks unequivocally good, even that ironically oft-used word — historic. Early box office numbers of Shang Chi and the Legend of the Ten Rings marked the critically acclaimed arrival of the first Asian-led Marvel superhero (actor Simu Liu as the titular Shang Chi) while also obliterating expectations for a Covid-hindered Labor Day weekend. To the internet’s delight, it has overcome what might be considered a gamble for its Asian-focused story and also for Disney’s decision to make it exclusive to theaters for 45 days before bringing it to streaming, a departure from the protocol with previous hopeful pandemic blockbusters (the release strategy was an “interesting experiment,” as Disney CEO Bob Chapek called it, generating an internal mini-controversy when Liu shot back in response).

Amid all that, I wonder how I’m meant to feel. I have yet to see the film, but alongside a built-in instinct (dare I say, obligation) to feel happy and buoyed by this success, one of many small and big breakthroughs in the world of capital-r Representation over the last few years, I, like many others, have felt increasingly ambivalent about the presumed Ultimate Good here. Every now and then someone will write about or tweet that representational politics are in fact a naive lie, or that it will not save you, or that it’s a diversion from real issues or good art. When I interviewed a collection of auteurs about the state of Asian American cinema earlier this year, I actively avoided using the words "representation" or “diversity.”

The context behind Shang-Chi makes for particularly thorny dynamics: a film that tracks the origin story of a Chinese-American hero coming into his own, hitting theaters in a year when the Asian American Pacific Islander community has been under siege by way of pandemic-enabled racism. Countless people were assaulted, physically and verbally, on streets across America. In March, eight were murdered in a mass shooting across three spas in Atlanta, including six Asian women. The rise of a hero like Shang-Chi that is widely watched might be framed as an emotionally complex, cathartic moment of empowerment after a year and a half of violence.

To me, though, this is just a stark confirmation of exactly what makes me feel so conflicted about this historic success. Yes, Shang-Chi might be seen as a meaningful symbolic moment for some Asian Americans in light of the recent past, but what does Simu Liu in tights actually mean to the spa workers who were murdered? Or an elderly woman kicked repeatedly in the face in broad daylight in New York City? Another slashed in the face on a subway? That line of thinking might sound misguided and naive — nobody claims necessarily that storytelling literally saves lives. To tell one’s story, particularly from a historically marginalized perspective, is an act of dignity that in itself is worthy of celebration, one might say.

Instead, the cause of representation is often implicitly cast as a long game — a way to slowly and subtly lead others toward empathy (another one of those oft-used words), opening people’s minds to consider the perspectives and experiences of those whose lives are, on the surface, different than their own. This is fine and fair. I even believe it to be true — I am acutely aware of how differently teenagers of color experience adolescence now than I did myself than a decade ago.

But a specifically hateful, even deadly year such as this makes me feel wary and wearied by what sometimes feels like the conflation between two completely different things: the supposed political power of representation in a Hollywood blockbuster, and a political power that affects the ongoing lived experiences of most within the community. That belief motivates celebrities and even ordinary people to buy out theaters; there is also a coordinated movement, known as Gold Open, organized by a nonprofit to mobilize the AAPI community when it comes to opening weekend for Asian-centered films.

Yet, who is the community? If there is a lofty conflation between diversity in Hollywood and legitimate social justice, there is also a quiet rift — specifically, a vast wealth disparity — between those who do the conflating and those who they implicitly claim to be advocating for. Shang-Chi could be a big moment for carefree upwardly mobile Asian Americans (those that could fall into the category of the “boba liberal”), but it likely means nothing for those whom political power matters most — working class folks, first-generation immigrants, and those otherwise most vulnerable.

Representation, as detractors of its supreme importance would say, will not save your community. Then again, I also wonder if this instinct to push against a neat cause for celebration like Shang-Chi stems from a contrarian intellectual response; for some writers, critics, and thinkers, it is by now reasonably considered naive to blindly cheerlead a work simply for its diversity.

But in fact, at the deep root of it all, is the weird reflex of internalized racism. A shame that I don’t want to too loudly root for a face on screen that looks like mine because I might be intimately discomfited by that face. Or it simply comes from my fear of falling into the category of boba liberal. Perhaps either possibility is a separately messy conversation for another time (or one that has been tread many times over).

There is no answer to this tangled yarn of questions — I’d be lying if I said Shang Chi’s success didn’t mean anything at all to me. I’d also be lying if I claimed I was entirely comfortable with the fact that its commercial winnings are likely to be heralded as an achievement that has tangible significance following the kind of year the community has endured. What I do hope is that all these equivocal feelings are indicative of a new phase, accelerated by a deadly year, to the clunky but necessary questions of identity-building for a community — one in which we realize that what’s on screen is just a tiny step to more concrete and focused conceptions of advancement. In an alternate fantasy, there is a Gold Open-type mobilization for actually assisting enclaves that live below the poverty line. But for now, I’ll just go watch the new Marvel movie. And I’ll likely enjoy it, even feel moved by it, even if I know that most of it is just shiny fireworks on a big screen.

More like this
Brain scans revealed how racism weighs on Black women's health
By Sierra Carter
Colin Kaepernick's new Netflix documentary highlights the man behind the icon
By Keith Nelson Jr.
Uma Thurman recounted her abortion as a teen in a powerful rebuke of the Texas law
By Kara Weisenstein
Stay up to date