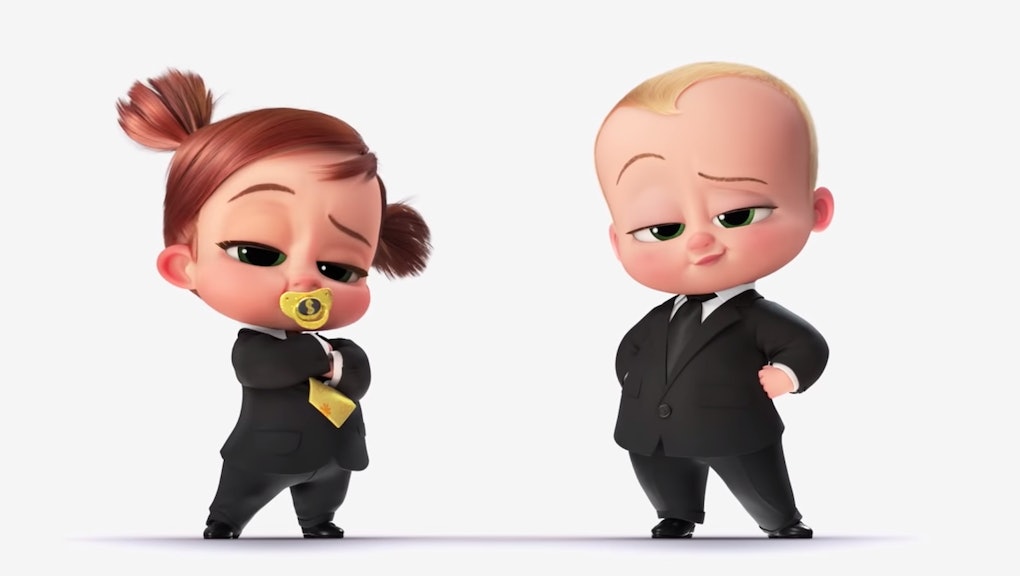 Three years after the suit-wearing toddler first graced the silver screen, The Boss Baby is back with a sequel. Universal Studios has released the first official trailer for The Boss Baby: Family Business, which will continue where the original Oscar-nominated 3D animated movie left off.

In the upcoming film, brothers Tim and Ted Templeton are adults who have grown apart. But, a plan devised by Tim’s impeccably dressed baby daughter Tina, who is a top secret agent for BabyCorp, will bring them together to defeat the evil genius, Dr. Armstrong, who is apparently teaching kids to be “very bad, bad babies.” It appears to be just as nonsensical as the first film, but this time it also has a musical element. Amy Sedaris joins the all-star cast to voice Tina, while Alec Baldwin will reprise his role as the business-minded baby.

After its initial release, many were quick to compare the baby boss with Donald Trump, who Baldwin coincidentally (or not) was impersonating on Saturday Night Live. Vulture even declared the children's film "the most damning political narrative of 2017."

But, in a recent interview with Yahoo!, director Tim McGrath insists that the similarities between the greedy toddler and the president aren’t intentional.

“The first movie was well before any of that and I think instantly people projected a parallel. We're not making any kind of statement. It's more derived from his character on 30 Rock, I would say, than anything he has done recently on Saturday Night Live. Alec is very careful about that in creating his character,” McGrath said. “But people will project what they want to project. Speaking with the Russian press, they just thought there was a lot of similarities to Putin. We really wanted to just make him a bossy businessman in a little suit.”

Still, we aren't entirely convinced Boss Baby isn't a jab at Trump. I mean, at one point he even says, "You're fired." Sure, the movie was in the works before he took office, but the similarities are undeniable, even to the author of the book that inspired the film. “"It’s outrageous — the synchronicity of Alec Baldwin and his Saturday Night Live Trump and then Boss Baby. I’m not quite sure that this is how I would have wanted the country’s trajectory to go, but yes, the echoes are very much unbelievable,” Marla Frazee told The Hollywood Reporter.

The new film is set to be released in March 2021. With three years of Trump's presidency as fodder, we are looking forward to seeing what they come up with.