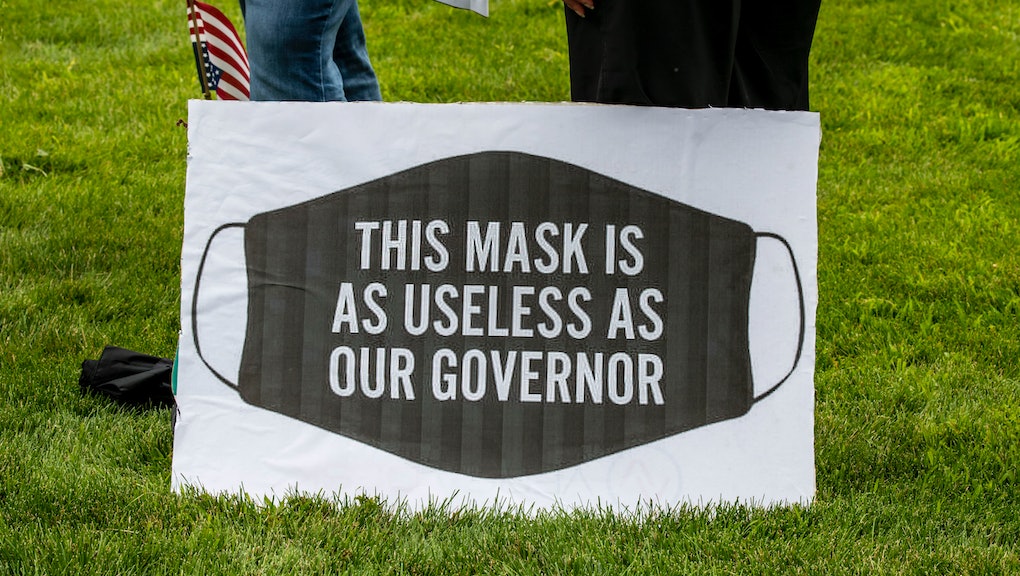 The Centers for Disease Control and Prevention has pulled its door-to-door testing squad from Minnesota after members of the team were subjected to racist slurs, harassment, and threats of violence from some residents in rural central and southern part of the state. According to the Star Tribune, the Community Assessment for Public Health Emergency Response or CASPER teams consisted of both federal and state health officials, including people who asked questions to participants about their COVID-19 exposure, as well as a nurse who would draw volunteers' blood.

But while some resistance to any form of door-to-door solicitation is to be expected, the hostility experienced by some of the CASPER workers shocked even seasoned health professionals.

"We found that our white teams had a very different experience, a much more positive experience, but I think from our perspective it’s ridiculous for us to contemplate that,” Dan Huff, the assistant state health commissioner, told the Star Tribune. “We choose who is doing this survey on their professional qualifications."

According to one epidemiology supervisor, a Latina member of one of the CASPER teams was called a racial slur "more in the last week than in her entire life." And in a particularly shocking incident, a group approaching a home while surveying in a small town along the Minnesota-Iowa border was allegedly barricaded by two cars, and then threatened by a small group, including one man who brandished a firearm.

While the statewide effort did manage to get some respondents to participate, the total number is well below what health officials were hoping for, and may not be enough to provide actionable data that can help Minnesota track — and then fight — its surging coronavirus cases.

“We had hoped through the CASPER survey to have a better understanding of how COVID-19 was spreading in Minnesota and how it was affecting people,” state epidemiologist Dr. Ruth Lynfield told the Star Tribune. “That kind of understanding could have helped us improve multiple aspects of our response."

If the overt racism allegedly experienced by members of the CASPER teams seems to you like an instance of some Minnesotans cutting off their noses to spite their faces, you'd probably be correct. On the same day the paper reported the CDC's decision to pull the survey teams from Minnesota, the state's coronavirus spread was also downgraded to "uncontrolled" on the COVID-19 Exit Strategy scale, with infections leaping up 25% over the past two weeks.

The one-two punch of increased infection rates and an end to CASPER tracing comes as Minnesota braces for what could be a particularly difficult winter grappling with the virus.

"When we were outside around the campfire, we were a little bit more spaced," Dr. George Morris, a COVID response professional for Minnesota's CentraCare health services provider, explained to WCCO earlier this month. "Now if we’re inside, we’ll be closer, we’ll be sharing the air a lot more, touching things more, and perhaps not wearing masks as much."

There have been nearly 100,000 cases of COVID-19 identified in Minnesota to date, with more than 2,000 deaths traced to the disease. According to one model released this month, those deaths could triple by year's end.