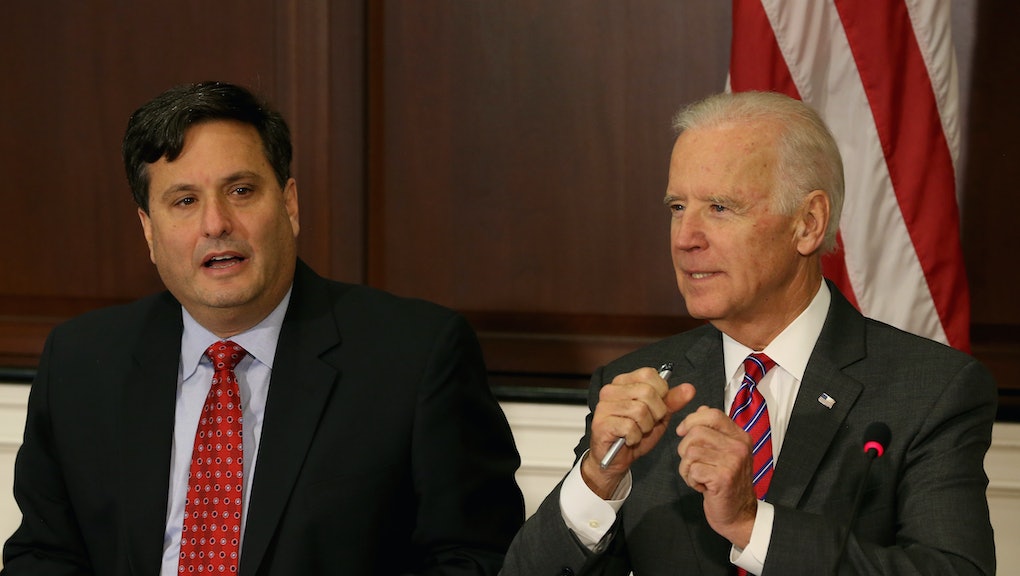 The chief of staff is sneaky powerful. Here's what they actually do

Typically the most well-known occupants of the White House are the president and first lady. But some of the most powerful staff are in fact the appointees who are tucked away behind the scenes. Chiefs of staff are the best example of this: They're unelected officials who are hired into political positions with immense power and sway. Last week, President-elect Joe Biden selected longtime political operative Ron Klain as his chief of staff and the man to lead his West Wing. So if you're wondering, here's what a chief of staff actually does.

They're the president's right-hand aide, gate-keeper, and confidant

Because of their access to the president and role in shaping policy, chiefs of staff may be considered among the most powerful people in Washington. At least, choosing one is "the single most important personnel decision a newly elected president" can make, per CNN. Importantly, the fact a chief of staff is unelected and so closely situated to the president is indicative of just how much power they have: The only person they're accountable to, really, is the president. They're not even required to pass through a Senate confirmation hearing, like Cabinet secretaries are.

The White House chief of staff oversees the Executive Office of the President, which was originally created during the Franklin D. Roosevelt administration as a way to communicate the president's priorities to the American public. In reality, the position handles so much more than just big-picture messaging tasks. The job is primarily a policy one — ideating, directing, and developing policy, which includes deciding what is a true priority and what isn't. (The Biden administration's top priorities are expected to be getting the coronavirus pandemic under control and addressing the pandemic-induced economic downturn.) A chief of staff also decides which stakeholders, experts, elected representatives, and other Washington officials get access to the president — perhaps their greatest power of all.

The amount of sway a chief of staff has coupled with their close access to the president means that they're likely to have an understanding of what's happening in every corner of the West Wing. A chief of staff knows what's happening in every agency and department of an administration, and they will pinpoint potential allies on Capitol Hill when the White House does move forward on a particular issue. It's a position where relationship-building is key.

They reflect the vibe of the West Wing

A chief of staff also says a lot about the priorities and tone of the West Wing. Biden choosing a longtime Washington insider like Klain to be his chief of staff may indicate that the president-elect wants to do things differently than President Trump, who went through four different chiefs of staff in four years. (For comparison, Trump's predecessor Barack Obama had five chiefs of staff in eight years in office, including a single one for his entire second term.)

President Trump's White House has been much more of a public-private mish-mash, as Trump has merged the lines between personal business and public affairs and used his personal Twitter account as his most prolific and reliable messaging source. Trump also wanted people by his side who weren't afraid of breaking with standard practice or decorum — including several family members.

Biden choosing someone like Klain is a clear break from the Trump mold, and jives with the president-elect's consistent messaging that he views his coming presidency as a kind of reset for the country. Klain also notably had a leading role in the West Wing helping the Obama administration deal with the Ebola crisis, and Biden's choice to elevate him to chief of staff also reflects a desire to deal with coronavirus quickly and efficiently.

They know the ins and outs of Washington

In order to execute a presidential policy agenda, the executive office needs the assistance, cooperation, and eager support of Congress. It's incumbent upon the chief of staff to know all of the representatives on Capitol Hill, how the dozens of legislative committees and subcommittees work, which caucuses have institutional sway, how much money there is in the budget, and how to deputize government agencies to carry out policy.

In some cases, a chief of staff might even know Washington better than the president, or have at least spent more time on Capitol Hill than the president. This was true for Obama, who was a member of the Senate for less than four years when he was elected president. Obama's chief of staff, Rahm Emanuel, was a member of the House of Representatives for six years, serving on the House Financial Services Committee, and was later was chairman of the Democratic Congressional Campaign Committee. It was certainly true for Trump too, whose first chief of staff, Reince Priebus, was the chairman of the Republican National Committee for six years before joining the Trump administration.

When all is said and done, every chief of staff will be different from the last, just as every president is different from the last. The chief of staff is intended to be a complement to the executive's personality and leadership style, a person who knows when to support and when to push back. For Biden, whose moderate instincts are poised to clash with the increasingly progressive Democratic base, his chief of staff will be key in determining how malleable and ambitious his administration will be.

More like this
Supreme Court justices' political leanings: A guide to the 2021 court
By Vanessa Taylor
Rana Abdelhamid wants to bring a holistic vision of justice to Congress
By Vanessa Taylor
Here's a chilling peek into just how close Trump got to running a police state
By Rafi Schwartz
Stay up to date