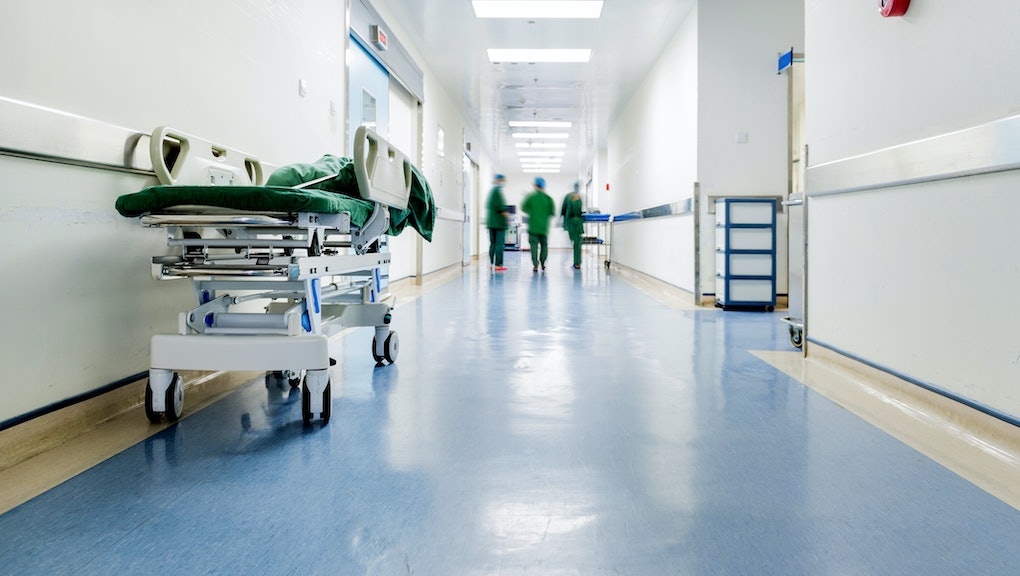 When conversations around health care access come up, it often centers on the cost to the patient. But what if there aren't even any hospitals around to treat you? A new report found that 2019 was a record-breaking year for rural hospital closures. With many more still at risk of shutting their doors, millions of Americans are staring down a worsening health care crisis.

Compiled by the Chartis Center for Rural Health, the report looked into rural hospital vulnerability. Although rural hospital closures slowed for a few years, the number shot up again in 2019, with the report citing a total of 34 closure announcements in the last 24 months. Overall, 19 hospitals closed in 2019. And the future looks even more grim.

By comparing hospital performance levels to those of other rural hospitals at the time of their closure, Chartis predicts 453 rural hospitals are at risk of shuttering. In other words, nearly 1 out of every 4 rural hospitals is showing warning signs of possibly closing in the near future.

Rural populations make up 20% of the U.S. population. Break that percentage down and it means about 57 million people rely on rural health services. The Chartis report stated that "the accelerated rate at which rural hospitals are closing continues to unsettle the rural health care community and demands a more nuanced investigation into rural hospital performance."

The states suffering from the most closures are concentrated in the Southeast and lower Great Plains, according to Chartis. This lines up with past reports, like a 2019 analysis from Navigant, a consulting firm based in Chicago. In December 2019, U.S. News & World Report wrote that Kentucky, Oklahoma, Minnesota, Kansas, and Iowa were among the 10 states in danger of the most rural hospital closures.

If you've spent most of your life in or near big cities, you may wonder why these closures matter. People can just go into a nearby city for care, right? For many rural Americans, however, that's not an option. For some, the nearest big city can be hours away — and even if it's not, emergency services can't wait even a fraction of that long.

“If you’re bleeding, in that extra 15 minutes [before help arrives], you can die,” Gary Hart, the director of the Center for Rural Health at the University of North Dakota School of Medicine and Health Sciences, told the Association of American Medical Colleges.

There are a number of factors contributing to closures. However, Chartis points to a state's participation in Medicaid as an indicator. The report found that if a hospital was in a state that took advantage of Medicaid expansion under the Affordable Care Act, its risk of closure decreased by 62%.

According to Vox, Texas, Tennessee, Oklahoma, Georgia, Alabama, and Missouri have seen the most rural hospital closures. Each of these states failed to expand Medicaid. In addition, the outlet reported that of the 216 hospitals Chartis identified as "most vulnerable", 75% are in non-expansion states. Race can't be ignored, either: While rural America is often imagined as white, these hospital closures primarily impact poor communities of color.

More like this
This ridiculous new ER insurance policy is everything that's wrong with America's healthcare
By Melissa Pandika
This anti-vaxx doctor is seriously telling lawmakers vaccinated people are "magnetized"
By Tracey Anne Duncan
"Our society is really totally nuts": Newly revealed emails show how Fauci really felt during the pandemic
By Rafi Schwartz
Stay up to date