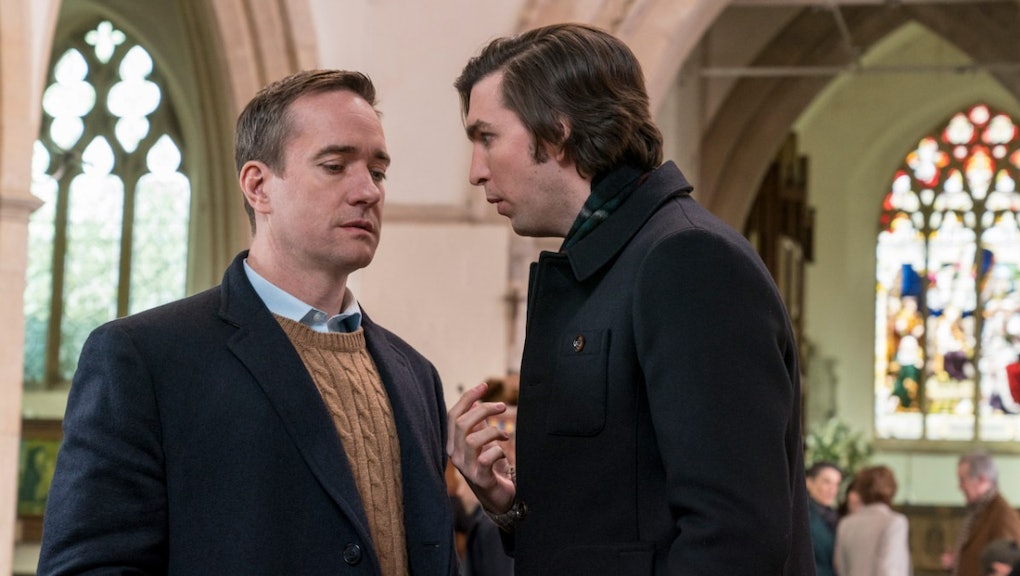 The cruise ship scandal on 'Succession' could quietly change everything

In the first season of HBO's one-percent drama Succession, a potentially explosive controversy quietly threatens the Waystar Royco empire. It is by now a familiar story. The company's cruise ship division had apparently spent years covering up heinous crimes — like murders and sexual assaults — through a complex scheme of foreign doctors and fixers. Something like Jeffrey Epstein's real-life horrors, except replace former presidents aboard a private jet with high powered fictional executives on a cruise ship.

Succession, which tells the intricate familial drama of the scions to media conglomerate Waystar Royco, is strongest in its subtlety. Season one unfurled slowly, much like the real-life machinations of any billion dollar company. The drama of Kendall's failed bids to take over his father's empire boil steadily but remain subdued, until the season's final episode — where it all comes spilling forth with a precision that makes it possible to believe it was an elaborate plan all along.

But while the show's first season mainly focused on Kendall's hostile takeover, it was the cruise ship scandal that loomed largest. Like the many real-life parallels in the show (see: the rise and fall of Vaulter), the cruise ship debacle perfectly illustrates a horrific reality of our time. Here, a minor piece of a multibillion dollar company's portfolio is responsible for the destruction of lives, a fact that doesn't come into play in any of the backroom dealings to make the problem disappear. Tom, upon learning the lurid details of the scandal, orders Greg to destroy incriminating documents about the company's misdeeds. Greg knows better than to fall entirely on the sword, and preserves a portion of the documents. Ultimately, it's Shiv who most prudently weaponizes the situation, securing, through blackmail, her husband's plausible deniability as well as a nice deal for her boss, a fictional Bernie Sanders-type running for president.

Except, the scandal remains a ticking time bomb ready to combust at any moment. We know Greg didn't shred all of the documents, and in Sunday night's episode he plays this hand with Tom as a means of getting out of the toxic news division of the company. (Where Greg hopes to avoid moral radioactivity remains to be seen). As the only remotely powerful sort-of member of the family not birthed in gold, Greg offers something of a moral compass to the already too-far-gone members of the Roy clan. But here we see a glimmer of cunning that might suggest he's corruptible.

If Succession is as prudent at real-life parallels as previous storylines would suggest, then this isn't the last we'll hear about the cruise ship scandal this season. The most striking quality about how slowly all of this bubbles up is how eerily representative it is of real news stories. In the wake of the allegations against Jeffrey Epstein — which were more or less common knowledge for years — photos of every powerful figure imaginable canoodling Ghislaine Maxwell, widely seen as the architect of the late billionaire's criminality, have emerged. How long did they know?

The slow burn of Succession's cruise subplot tracks. It takes years for these types of crimes to come to light. Perhaps Logan's choice to elevate Shiv in the race for a successor has something to do with an impending PR-disaster. Maybe Shiv's eagerness to shed Waystar Royco's many superfluous holdings has something to do with mitigating fallout. Either way, it's hard not to think the rich people are secretly ten steps ahead. They almost always are.

More like this
Nobody is more qualified to host 'Jeopardy!' than LeVar Burton
By Kara Weisenstein
'Exterminate All the Brutes' is a messy, ambitious documentary that ties together genocide, white supremacy, colonialism ... and Josh Hartnett?
By Nicholas Russell
You can feel for Khloé Kardashian and also recognize she's part of the problem
By Kara Weisenstein
Stay up to date