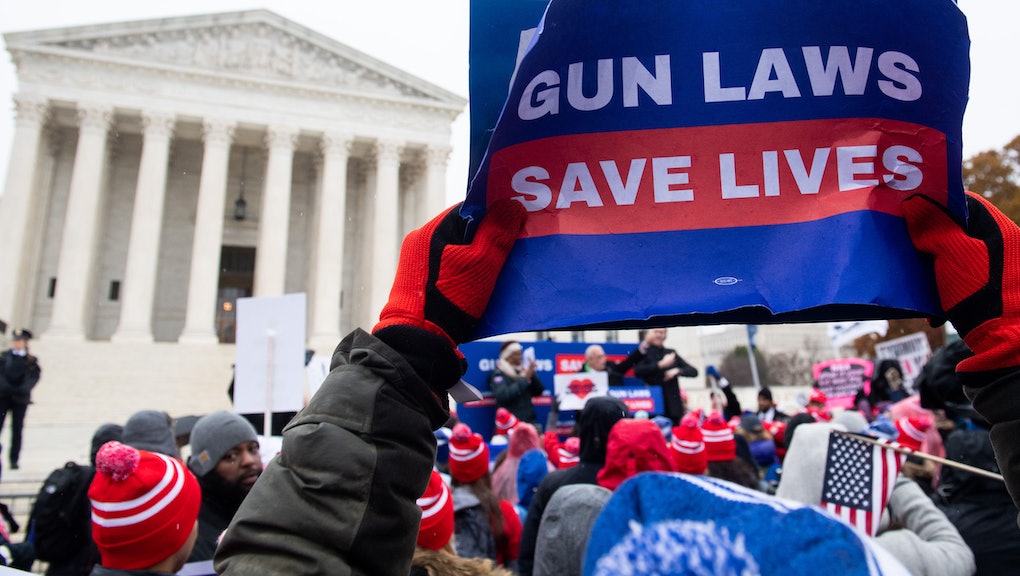 The right-leaning Supreme Court of the United States on Monday announced it would hear arguments in a potentially seismic case regarding who can carry guns, and where, making this the first time this particularly conservative iteration of the court will consider a Second Amendment issue.

The case, officially New York State Rifle, et al. v Corlett, Keith M., et al., concerns a New York state law that currently blocks people from carrying concealed handguns outside of the home without proper licensure. That documentation can be onerous to obtain and requires applicants to demonstrate they have "proper cause" to arm themselves in public. The case was brought by two New York residents, joined by the New York Rifle and Pistol Association, who were denied licenses for failing to demonstrate a specific need to carry concealed handguns that separated themselves from the rest of the general public.

Per the plaintiff's petition asking the court to hear their appeal:

Petitioner Robert Nash requested a license to carry a handgun in public for self-defense. “In support of his request,” the district court explained, “Nash ‘cited a string of recent robberies in his neighborhood and the fact that he had recently completed an advanced firearm safety training course.’”

The second plaintiff's application was even more vague:

Petitioner Brendan Koch likewise applied for a license that would “‘[allow] him to carry a firearm for self-defense.’ Koch cited ‘his extensive experience in the safe handling and operation of firearms and the many safety training courses he had completed’ in support of his request.”

In both cases, their requests were denied because, the district court explained, “Nash and Koch do not satisfy the ‘proper cause’ requirement because they do not ‘face any special or unique danger to [their] life.’"

In other words, without a specific reason that they, themselves, need to carry a gun outside of their homes, their applications were rejected — which, they claimed to the Supreme Court, was in violation of their Second Amendment rights.

And while the case itself is predicated on New York's particularly conservative rules regarding carrying handguns, its nationwide implications could be huge. Multiple states have comparable restrictions on who can carry firearms outside of the home, and when, including California, Maryland, and Massachusetts. Should the court rule New York's law unconstitutional, permit regulations would be dramatically weakened, presumably allowing a proliferation of guns in public.

And there's reason to believe that could be what happens. Justice Amy Coney Barret, who has yet to complete even a single year on the SCOTUS bench, has previously indicated an expansive, permissive interpretation of the Second Amendment, writing in 2019 that non-violent felonies should not automatically bar convicted criminals from owning a firearm. Fellow hard-right conservative Justices Clarence Thomas and Brett Kavanaugh have also publicly champed at the bit for the opportunity to rule on gun-related issues, with Thomas complaining that the Second Amendment has been treated as a "constitutional orphan," and Kavanaugh claiming that when it comes to gun cases, the court usually "looks the other way."

Given the newly empowered right wing of the court, it seems likely then that when the case is argued — likely this coming fall — it will be heard by a largely receptive audience of justices, eager to clear the path for anyone who wants to carry a dedicated instrument of death wherever they'd like. Oh boy.

More like this
South Carolina is about to bring back execution by firing squad
By Rafi Schwartz
Texts from Matt Gaetz's "wingman" allege that the congressman paid for sex with a 17-year-old
By Rafi Schwartz
In his first address to Congress, Biden took on the country's vices: guns and police brutality
By Rafi Schwartz
Stay up to date