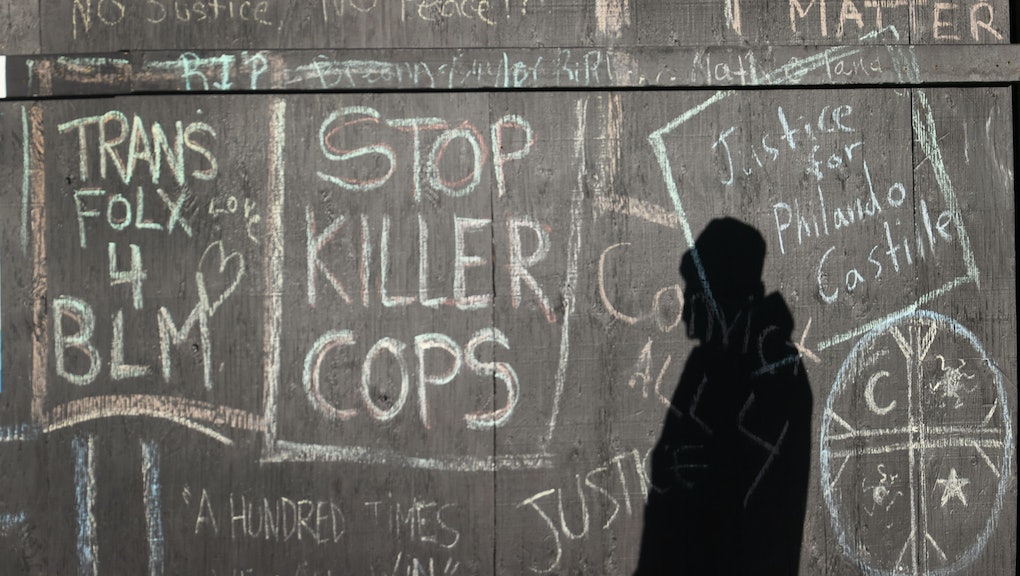 As the murder trail of former police officer Derek Chauvin slowly begins to wind down its first week of testimony, a common theme has begun to emerge from the series of heartbreaking testimonials offered by witnesses to the death of George Floyd, the unarmed black man whose neck Chauvin knelt upon for more than nine minutes nearly a year ago in South Minneapolis. It's a frustrated sense of impotence, combined with a moral indignation over what they saw.

The bystanders, witnesses, and associates called to take the stand thus far have all described their agony and frustration at watching Floyd beg for his life under the knee of Chauvin. Watching Chauvin's body-camera footage of himself trying to de-escalate the situation, witness Charles McMillian broke down at one point, describing himself as having felt "helpless" watching Floyd call for his mother while he slowly suffocated to death.

"I don't have a momma either," McMillian said. "I understand him."

"Why did you feel the need to talk to Mr. Chauvin?" prosecutor and assistant attorney general Erin Eldridge asked McMillian.

""Because what I watched was wrong," he answered.

Cup Foods employee Christopher Martin, who initially confronted Floyd after he'd allegedly tried to pay for cigarettes with a counterfeit $20 bill, was similarly jarred by what he witnessed.

"I pulled my phone out first [when Chauvin knelt on Floyd's neck] and called my mom and told her not to come downstairs," Martin testified. "Then I started recording."

Asked about footage of himself pacing outside the store where Floyd was killed, Martin described a conversation with another witness in which he'd realized "they're not gonna help him, this is what we have to deal with."

"If I would have just not taken the bill, this could have been avoided," he added later.

That sense of what could have been also permeated the testimony of Genevieve Hansen, an off-duty Minneapolis firefighter who witnessed Floyd's death.

"There is a man being killed," she testified Tuesday. "I would have been able to provide medical attention to the best of my abilities, and this human was not provided that right."

Describing herself at the time as being "totally distressed" over her inability to help Floyd, Hansen also broke down in tears on the stand.

Darnella Frazier, the then-17-year-old whose footage of Floyd's death initially brought the incident worldwide attention, also wept while testifying, telling jurors she occasionally "stayed up apologizing and apologizing to George Floyd for not doing more and not physically interacting and not saving his life."

After less than a week of testimony, the thrust of the prosecution's case has become clear: Chauvin not only betrayed his duty as a police officer, but actively prevented a community that immediately recognized the injustice being perpetrated before them from addressing that wrong. Whether that's enough to overcome the overwhelming odds against convicting a police officer remains to be seen.