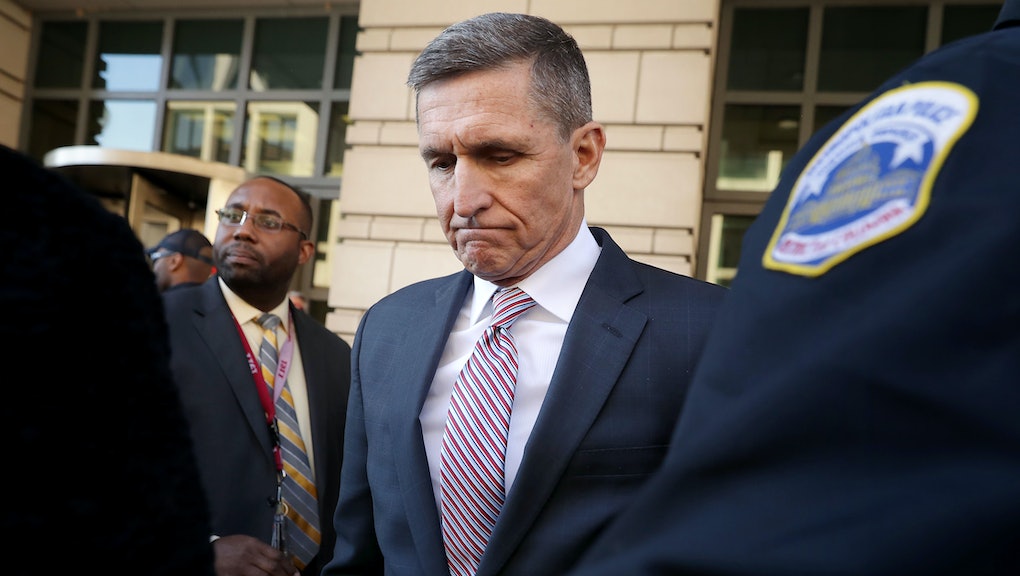 People can be many things. Take, for example, Michael Flynn. He's a former leader of the powerful Defense Intelligence Agency; he's a decorated military veteran who has said some viciously Islamophobic things; he's an admitted felon who has pleaded guilty to lying to the FBI (twice) and was subsequently fired as national security adviser by President Trump, who specifically cited Flynn's lies as the reason he gave one of his most fiery supporters the axe. Now, as of last week, Flynn is also one step closer to being a free man, after Attorney General William Barr announced he was dropping the Department of Justice's case against Flynn, seemingly out of political considerations and due to a right-wing pressure campaign, rather than any legal reasoning.

Flynn's fate now rests in the hands of Emmet Sullivan, the federal judge who has been presiding over the disgraced national security figure's case for several years. And from the looks of it, Sullivan doesn't seem so inclined to blindly accept the DOJ's surprise abandonment of their case.

On Tuesday, Sullivan announced plans to review what's known as "amicus curiae" from "friends of the court" on Barr's decision — in effect opening the door to hearing arguments from interested third parties as to whether or not Sullivan should or shouldn't accept the DOJ's request to drop the case.

Flynn's attorneys, faced with the prospect that their client's tantalizingly close exoneration could be scuttled at the last minute by Sullivan's open mindedness, are not happy.

"There are countless people — including former prosecutors on both sides of the parties — who would like to express their views, but there are many reasons there is no provision for outsiders to join a criminal case in this court," they wrote in a motion responding to Sullivan's decision. "Of course, the former prosecutors are all free to submit opinion pieces to assorted media outlets — as many have already done."

"But," they added, "this court is not a forum for their alleged special interest."

Nearly 2,000 former DOJ officials have meanwhile signed onto an open letter calling on Barr to resign as attorney general over his evidently politicized handing of Flynn's case.

In his court filing to dismiss the government's case against Flynn, Barr explained that even though the former national security adviser had lied to the FBI — which, again, is a felony — and then had admitted to doing so, the initial interview with Flynn was "conducted without any legitimate investigative basis" by officials working on then-Special Counsel Robert Mueller's inquiry into Russian interference in the 2016 presidential election.

"Make no mistake: The department’s action is extraordinarily rare, if not unprecedented," the former DOJ officials wrote in their letter to Barr. "If any of us, or anyone reading this statement who is not a friend of the president, were to lie to federal investigators in the course of a properly predicated counterintelligence investigation, and admit we did so under oath, we would be prosecuted for it."

The president, meanwhile, has called Flynn's prosecution "treason" conducted by "human scum" from whom "big price should be paid." He has not yet, however, weighed in on Sullivan's seeming open-mindedness.

More like this
Nearly half of Asian Americans have experienced at least one racist incident, per a new survey
By Rafi Schwartz
The DOJ will investigate the Minneapolis Police Department for "systemic policing issues"
By Rafi Schwartz
13-year-old Adam Toledo put his hands up. Chicago police killed him anyway
By Rafi Schwartz
Stay up to date