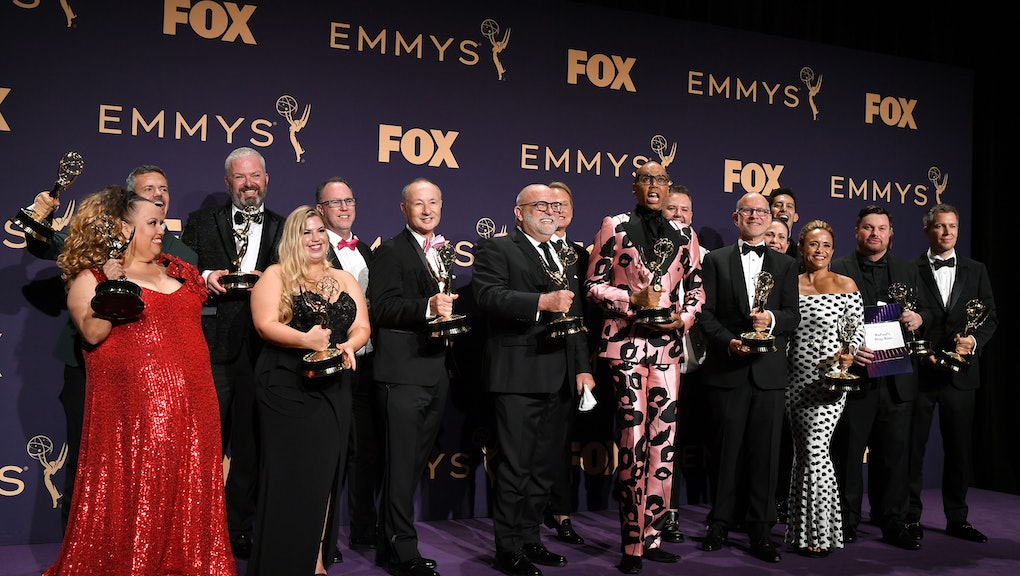 The Emmys were pretty boring. Game of Thrones, Ozark, and Barry got some awards. So did The Marvelous Mrs. Maisel, SNL, and John Oliver. Fox could’ve aired a rerun of last year’s awards show and plenty of people might not have noticed.

There were some notable exceptions, however. Jharrel Jerome won the Emmy for Lead Actor in a Limited Series/Movie for When They See Us, and he used his speech to pay moving tribute to the exonerated men at the core of its true story. Alex Borstein, winning a second-straight trophy for Mrs. Maisel, gave a moving tribute to her grandmother, a Holocaust survivor, and encouraged ladies to “step out of line.” Fleabag nearly swept the comedy category with six Emmys, making it a triumphant night for Phoebe Waller-Bridge and “dirty, pervy, angry, messed-up” women everywhere.

Michelle Williams — who famously was paid just $1,000 compared to Mark Wahlberg’s $1.5 million in late 2017 for All the Money in the World reshoots — used her win to thank FX for paying her the same amount as her co-star Sam Rockwell in FOSSE/VERDON. “The next time a woman, and especially a woman of color, because she stands to make 52 cents on the dollar compared to her white male counterparts, tells you what she needs in order to do her job, listen to her, believe her,” Williams said.

Peter Dinklage was the only Game of Thrones cast member to win an acting award last night. He took home his fourth Emmy for Supporting Actor in a Drama, ousting Aaron Paul for the most wins ever in that category. “I count myself so fortunate to be a member of a community that is all about tolerance and diversity because nowhere else could I be standing on a stage like this,” he said. Billy Porter won Lead Actor in a Drama and became the first openly-gay black man to do so. (The first black person to win the category, or any Primetime Emmy for that matter, was Bill Cosby in 1966.)

Many of the speeches seemed heartfelt, gushing from the lips of professional actors. But in the same way that moralizing about social justice on social media often reeks of “slacktivism” — meaning it’s very easy to post messages about change online, but it’s a lot harder to help change things IRL — Hollywood’s plea for equality felt hollow.

RuPaul took home his sixth Emmy for RuPaul’s Drag Race and encouraged everyone watching to register to vote. But in the press room after his win, journalist Danielle Young from Essence asked the performer about his commitment to diversity on both sides of the camera, and RuPaul seemed to falter. He joked about being part of the LGBT+ community and “the BLT community. I love myself some bacon, lettuce and tomato.”

He turned the spotlight back on himself, indicating he checked the “diversity boxes” by being a gay, black drag queen. He tried quoting The Color Purple and had to be fed the line by regular judge Ross Matthews from amongst the gaggle of white, mostly-male producers and guest talent. RuPaul then pointed out that Drag Race co-executive producer Jacqueline Wilson, who passed away two weeks prior to the Emmys, was a “proud woman of color” who’d just been awarded a trophy posthumously.

It was a cringe-inducing gaffe, but RuPaul’s blunder underscores the fact that Hollywood needs to put its money where its mouth is, which is what Michelle Williams also preached. There was some representation for people of color in the drama categories, but the comedy slate was glaringly white. Jharrel Jerome addressed this split thoughtfully when asked how he feels about Hollywood mostly just awarding stories of black suffering. “You’re absolutely right, if you think about it, [there’s] Moonlight, 12 Years a Slave… Unfortunately, I think our strongest stories are stories of pain, considering that’s what we go through on a daily basis,” he said.

That said, there’s no dearth of funny shows starring people of color. With projects like Los Espookys, Patriot Act With Hasan Minhaj, Grown-ish, Mixed-ish, and Empire all in the mix for 2020, there are plenty of opportunities for the Emmys to course-correct next year. Of course, considering how many antiquated and inhumane business practices have been exposed in Hollywood in the past two years, a seismic shift in the near future seems unlikely. The debut of streaming platforms like Apple TV+ and Disney+ in coming months theoretically means more opportunity for shows created by and centered on people of color. But one thing is for sure: the networks and streaming behemoths have to invest in those stories before they can win awards.