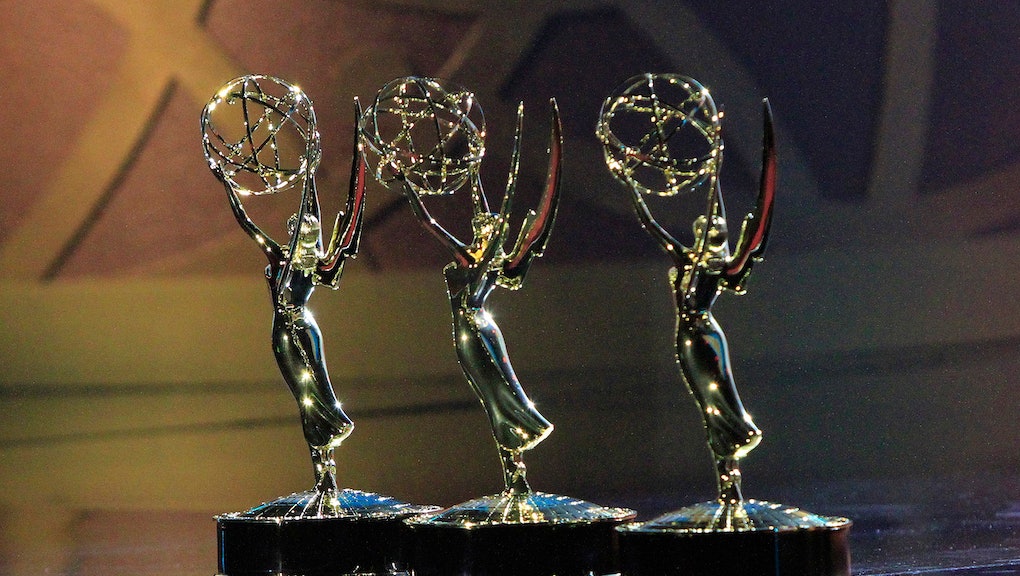 This is one of those instances when seeing how far Black people have come only reminds us of how long Black people were held back. Bill Cosby became the first Black actor nominated for a Primetime Emmy in the Outstanding Lead Actor in a Drama Series category in 1966 for his work on the show ISpy, as well as the first to win. It would take another 16 years before Debbie Allen's iconic work on the show Fame made her the first Black actress to be nominated for Outstanding Lead Actress in a Drama Series, and 33 more years after Allen's win before Viola Davis as Annalise Keating in How To Get Away With Murder would win in the category. For 61 years of the Emmys's 73-year history, only six Black people were recognized as the best at what they did, a fact that defies all logic and taste in TV.

It's even worse for comedy. A Black actress has been nominated for Outstanding Lead Actress in a Drama Series seven times in the last 36 years without a single win. Tracee Ellis Ross on Black-ish is responsible for five of those nominations. Black comedic actors have had it much better with Black actors being nominated in the male version of the category 19 times. But only Robert Guillaume as Benson DuBois on Benson in 1985 and Donald Glover's irreverently surreal portrayal of Earn on Atlanta in 2017 have ever won the award. That means Will Smith in Fresh Prince of Bel-Air, Martin Lawrence in Martin, Tisha Michelle Campbell on either My Wife and Kids or Martin, and John Amos on Good Times never even had their culturally-defining work recognized by the Television Academy with nominations, let alone wins.

As with other awards created by largely white committees such as the Grammys and the Oscars, the Emmys has a sordid history of acting as if Black people don't act at all in Hollywood. By 2010, only 53 non-white actors had been nominated for Emmys in the top four categories of Outstanding Actress and Actors in Comedy and Drama. This soberingly infuriating reality was too much to bear for Regina King, who at that point had never been nominated for an Emmy. She penned a searing Huffington Post op-ed calling out the award show's erasure of Black actors and actresses. She was dismayed when True Blood actress Rutina Wesley had "Regina King enters the 62nd Emmys" under her during the pre-show telecast, even though King looks nothing like Wesley and was not in attendance. What hit hardest was veteran actress Alaina Reed Hall not being included in the award show's memoriam, even though she died months before the award show aired and played the lovable Olivia on Sesame Street for 12 years.

King would go on to win four Emmys in a five-year span between 2015-2020, but the issue of lack of representation at the Emmys still persists even in the midst of historic progress. It took until 2020 to prioritize "more inclusiveness in the recognition of excellence," according to a statement on the Television Academy's website as part of the announcement of the increase in submissions accepted and nominations. A blind man with soap in his eyes spinning in a dark room could see this sudden shift was a result of the protests that were sprouting up around the country, which pressured institutions and companies to publicly push for diversity and inclusion.

The fact it takes Black people being murdered in the streets by police for Black art to be taken seriously is why today feels like a slap in the face: a wake up call for the Television Academy and a stinging reminder of what was stolen from Black creatives for decades.

More like this
What could possibly explain Carrie Bradshaw shopping at Forever 21?
By Kara Weisenstein
Even 'Arthur' can't escape the cynical rules of modern entertainment
By Brandon Yu
A crisis PR firm dragged the Golden Globes for its discrimination. Will it listen?
By Brandon Yu
Stay up to date